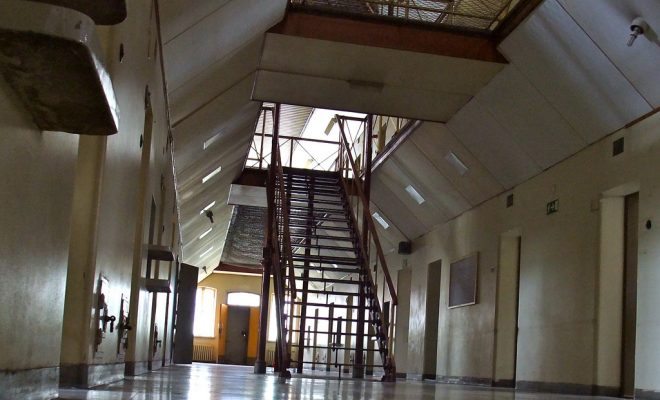 Juveniles with Life Sentences: Will They Get Second Chances Thanks to SCOTUS?

On January 25, 2016, four years after the major shift that Miller v. Alabama created in juvenile law, the Supreme Court did it again. In a 6-3 decision in Montgomery v. Louisiana, SCOTUS greatly impacted the landscape of juvenile law along with the lives of hundreds of individuals sentenced to a lifetime of prison as young people. The court ruled that Miller retroactively gives juvenile offenders the ability to show that they are “not beyond rehabilitation to become a law-abiding individual” at the time of sentencing.

The much-anticipated present change in juvenile law altered the landscape of the firm stance taken in Miller on June 25, 2012 pertaining to the incarceration of juvenile offenders. At that time, SCOTUS held that sentencing a juvenile homicide offender to life in prison without the possibility of parole was in violation of the Eighth Amendment’s Cruel and Unusual Punishment Clause. The Court’s stance in Miller rounded out a trio of Supreme Court decisions setting up key sentencing protections for juvenile offenders, the first decision was Roper v. Simmons in 2005. In Roper, the Court held that the application of capital punishment and the death penalty was a violation of the Eighth Amendment as applied to juvenile sentencing. Graham v. Florida, decided in 2010, protected juveniles convicted of non-homicidal offenses from being sentenced to life in prison without the possibility of parole under the Eighth Amendment. Continuing its protective trend under the umbrella of the Eighth Amendment, SCOTUS extended the protection identified in Graham to juvenile homicide offenders in Miller.

Read on to learn more about the Miller decision, the changes the Court made on January 25, 2016 in Montgomery v. Louisiana, and what is in store for juvenile offenders sentenced to life without parole prior to June 25, 2012.

In November 1999, a 14-year-old Kuntrell Jackson (Teen #1) decided to accompany two friends to rob a video store. On the way to the store, Jackson learned that one of his friends had concealed and brought with him a sawed off shot gun in his coat sleeve. Jackson made the decision to stay outside of the store when his friends went in. Ultimately, the store clerk refused to give the young boys the money they demanded and she was shot and killed.

Under Arkansas law, 14-year-old Jackson was charged as an adult for capital felony murder and aggravated robbery. He was convicted of both crimes. A motion was filed to transfer the case to juvenile court, but was subsequently denied by the court and affirmed on appeal. Further, a habeas corpus petition was filed on his behalf after the Roper decision, but was dismissed. While the ruling was on appeal, SCOTUS made the Graham decision. The Arkansas Supreme Court affirmed the dismissal based on both Roper and Graham.

Subsequently, 14-year-old Evan Miller (Teen #2), a troubled young boy bouncing in and out of foster homes who had attempted suicide four times already, was about to have his life changed. Miller and his friend followed Cole Cannon, a drug dealer, to his trailer where they smoked marijuana and played drinking games. When Cannon passed out, the boys stole his wallet and took out $300 to split, but Cannon woke up and a fight ensued. Miller struck Cannon repeatedly with a baseball bat. The boys came back later and lit the trailer on fire, ultimately killing Cannon. Pursuant to Alabama law, Miller had to be charged as a juvenile, but the District Attorney was granted a transfer to adult court. Miller was charged and convicted of murder in the course of arson, which carries a mandatory minimum of life without parole. The Alabama Court of Criminal Appeals confirmed the sentence and the Alabama Supreme Court denied review.

The Supreme Court of the United States granted certiorari and agreed to review both cases together, as one.

In its rationalization, the Court immediately established that children are “constitutionally different from adults for purposes of sentencing” in the sense that they have diminished culpability and have a greater capacity for reform in the future. Further, the Court emphasized key points from Roper and Graham, identifying that children lack maturity and appreciation for responsibility leading to potential reckless behavior and are more vulnerable and impressionable by negative influences. Therefore, a fundamental difference exists when analyzing adult culpability for sentencing purposes and children. For Eighth Amendment purposes, the Court viewed age as a relevant factor for sentencing.

The Court ultimately held that “the Eighth Amendment forbids a sentencing scheme that mandates life in prison without possibility of parole for juvenile offenders.”

Now, for the case that was just decided in 2016, we need to flash back to 1963 when 17-year-old Henry Montgomery killed a deputy sheriff in East Baton Rouge, Louisiana. Montgomery was found guilty and sentenced to death. Shortly thereafter, the Louisiana Supreme Court reversed his conviction finding that the public nature of the trial and public prejudice prevented Montgomery from having a fair trial.

The case was retried and the jury returned a verdict of “guilty without capital punishment,” which required the sentence to be life without the possibility of parole.

Flash forward to when Henry Montgomery is 69-years-old. He has spent the last 53 years in custody and behind bars, even facing the emotional journey that comes with being sentenced to death at one point. Up until 2012, Henry Montgomery was prepared to die in prison until a little bit of hope cloaked in the form of Miller v. Alabama surfaced to light.

Most relevant to Montgomery’s case is the fact that the Miller decision noted the importance of youth and age on an offense: “by making youth (and all that accompanies it) irrelevant to imposition of that harshest prison sentence, mandatory life without parole poses too great a risk of disproportionate punishment.” Thus, the disconnect between a juvenile offense and the harsh punishments of life in prison without the opportunity for parole created cruel and excessive penalties for individuals unable to fully understand the culpability of their actions.

Following the Miller decision, Montgomery filed a motion for collateral review on the basis that life without parole for a juvenile offender constituted an illegal sentence. The trial court denied Montgomery’s motion on the ground that the Miller Court did not make a decision that was to be applied retroactively–or applied to cases that were conducted and offenders that had received final sentences prior to June 25, 2012. The Louisiana Supreme Court subsequently denied Montgomery’s application for a supervisory writ.

Upon review by the Supreme Court, they held that Miller was, in fact, retroactive, stating “like other substantive rules, Miller is retroactive because it necessarily carr[ies] a significant risk that a defendant – here, the vast majority of juvenile offenders – faces a punishment that the law cannot impose upon him.” The Court recognized the grave risk in disproportionate sentencing for which detention may be in violation of the Constitution on January 25, 2016.

How Does This Affect Other Juvenile Homicide Offenders?

The Supreme Court’s ruling on January 25, 2016 opened the door to hundreds of miracles. While it did not give all juveniles sentenced to prison for life without parole prior to June 25, 2012 a free pass, it gave them the right to re-sentencing hearings, if they are able to provide proof of rehabilitation, change, and evidence of good behavior during their time behind bars. It will be up to the states to review the case and make a decision as to whether the individual may be released or resentenced under the new Supreme Court holding.

This ruling was considered a win for juvenile law advocates who have been fighting to give a second chance at life to those individuals that entered prison as young teens and have only know life as an incarcerated person for twenty, thirty, even fifty years. They were overjoyed at the victory in the form of applicable retroactivity.

However, it does not come without criticism. Since the Supreme Court reviewed the case from a state court and took a moment to note that Montgomery has, in fact, turned his life around in the last 53 years, they did not and could not rule on that basis. The state controls his release. While Montgomery is likely to be released or in some way benefit from this case outcome, other juvenile inmates could be in trouble if Louisiana amends its state laws regarding post-conviction relief. Louisiana could flex its state muscle and amend its laws to prohibit post-conviction review of cases based on federal, rather than state law. In that case, any individual within that state that was sentenced to life in prison without parole as a juvenile would not have access to a resentencing hearing. Currently, Pennsylvania, Louisiana, and Michigan have the highest amount of juveniles sentences to life without parole. Only time will tell what action Louisiana and other states with similar laws will opt to do.

Ajla Glavasevic
Ajla Glavasevic is a first-generation Bosnian full of spunk, sass, and humor. She graduated from SUNY Buffalo with a Bachelor of Science in Finance and received her J.D. from the University of Cincinnati College of Law. Ajla is currently a licensed attorney in Pennsylvania and when she isn’t lawyering and writing, the former Team USA Women’s Bobsled athlete (2014-2015 National Team) likes to stay active and travel. Contact Ajla at Staff@LawStreetMedia.com.
Share:
Related ItemsEight AmendmentGraham v. FloridaJuvenile LawJuvenile OffendersLife in PrisonMiller v. AlabamaMontgomery v. LouisianaNo ParoleRoper v. SimmonsSCOTUS