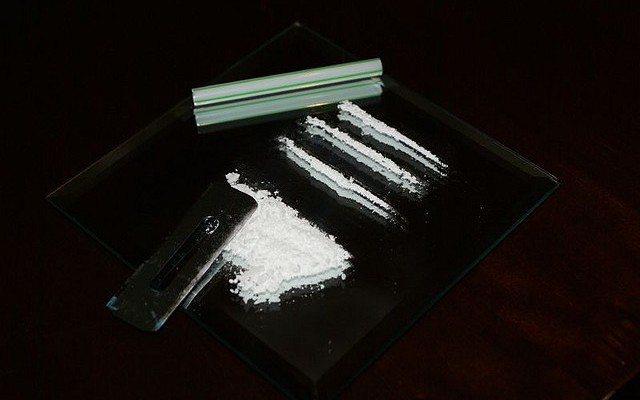 As a part of the “war on drugs,” a law was passed in 1986 that criminalized the use of illegal substances. The two substances, powder and crack cocaine, were criminalized differently, leading to inconsistent laws and a notable lack of fairness in sentencing. In 2010, the Fair Sentencing Act was passed in an effort to remedy this disparity. Now, four years down the road, it’s important to look back and evaluate its impact. Read on to learn about the law, its supporters and dissidents, and results.

The Anti-Drug Abuse Act was passed during the heart of the war on drugs. It was the first big piece of legislation, and it included mandatory minimum sentences for the possession of certain drugs.

That means that crack cocaine was criminalized at a 100:1 ratio in comparison to powder cocaine. In addition to being unfair, the standards have been criticized as inherently racist. Watch the video below for more information this.

The Fair Sentencing Act (FSA), signed by President Obama, was passed by the 111th United States Congress. The law’s primary provisions reduced disparities in the differences between the amount of powder cocaine and crack cocaine needed to trigger federal penalties under the law. It also eliminated the mandatory five-year minimum sentencing provision required under the previous law. The FSA made fundamental changes to U.S. drug law, including the removal of the five-year mandatory minimum sentence for first-time possession of crack cocaine, an increase in the amount of crack cocaine that is required for a federal mandatory minimum prison term to apply, and the increase of financial penalties for trafficking a controlled substance. Sentencing judges are allowed to consider violence and other aggravating factors.

The FSA requires the U.S. Sentencing Commission to take specific measures regarding sentencing. These include raising sentencing guidelines for those convicted of violence in relation to a drug offense, include aggravating and mitigating factors in its consideration of punishments for drug offenses, and present a report to Congress detailing the FSA’s impact on sentencing for drug offenses.

What were the arguments in favor of the FSA?

That disparity evinces a probable racial bias in the old law. In 1995, the U.S. Sentencing Commission stated that the law created “racial imbalance in federal prisons and led to more severe sentences for low-level crack dealers than for wholesale suppliers of powder cocaine. … As a result, thousands of people — mostly African Americans — have received disproportionately harsh prison sentences.” Crack Cocaine users in the U.S. are composed of 52 percent whites and 38 percent blacks, yet 88 percent of the sentences for crack cocaine-related offenses were imposed on blacks while only 4 percent were imposed on whites. The DEA Administrator under the Bush administration stated that because of the disparity “the credibility of our entire drug enforcement system is weakened.”

What were the arguments against the FSA?

Opponents of the FSA argue that the new law may revive the dangers that the old law was intended to prevent. The severe sentences under the old law were justified by the facts that trafficking and distribution of crack cocaine more often involves violence and danger to the community than what generally comes with powder cocaine and the offenders more often have violent criminal histories.

Law Enforcement Organizations have also opposed the act, arguing that more severe sentences are justified because crack is often trafficked with weapons. According to the U.S. Sentencing Commission, 29 percent of all crack cases from October 1, 2008 through September 30, 2009 involved a weapon, compared to only 16 percent for powder cocaine. These police organizations advocate raising the penalties for possessing powder cocaine rather than lowering the penalties for crack cocaine carriers. Since crack cocaine distribution is generally conducted with more violence and risk to the public than powder cocaine distribution, it makes sense that the law treats participation in a more dangerous criminal culture as a more serious crime.

What has been the reaction to the FSA?

The Fair Sentencing Act was a step in a good direction. It changed the much maligned crack cocaine to powder cocaine possession ration from 100:1 to 18:1. While some advocates call for a complete eradication of any discrepancies in sentencing, others point out that crack is known to be slightly more addictive, and is more likely to be involved with respect to violent crimes.

There’s also an argument about the retroactivity of this law. Retroactivity essentially means that the FSA would be applied to the thousands who are still in jail under the 1986 law. This could lead to reduced sentences for those prisoners. In 2013, the Sixth Circuit Court of Appeals ruled that the FSA is in fact retroactive; however, the government asked for an en banc review, which means that the entire panel, not just the individual judges involved in that case, review the possibility of retroactivity. In the en banc review, the Sixth Circuit Court of Appeals panel reversed the original decision. At this point, the FSA is not applied retroactively.

The FSA has made headway. Around the time of its passage, it was estimated that ten years down the road, the federal prison population will decline by about 4,000 people. There’s still work to be done to make sure that everyone receives a fair sentence, based on his or her crime committed and not on arbitrary standards, but the FSA is absolutely a step in the right direction.

Madame Noir: How the Fair Sentencing Act Is Still Not So Fair

Nation: Beyond the Fair Sentencing Act