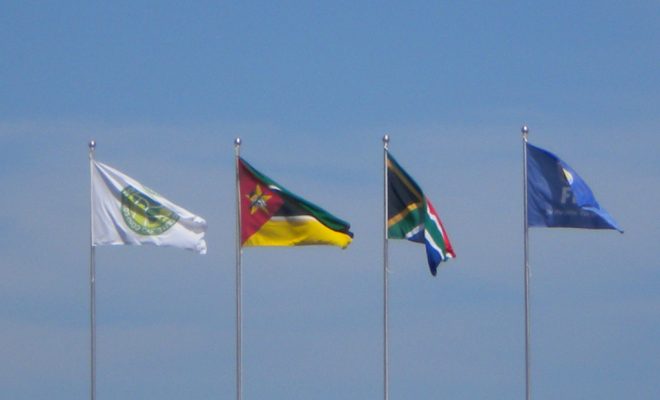 What Are Your Individual Rights When it Comes to International Law?

Americans must abide by governing laws at a variety of levels throughout the country. Aside from the U.S. Constitution, each state has its own constitution further detailing the everyday relations between the state government and the people. But what about international law? Can we be affected as individuals by agreements the United States has entered into with foreign countries? Although it may seem a little far fetched, these questions have come up time and again in our court system. You may be surprised by how international law can affect you.

The strength of international law within the U.S. court system depends on a variety of circumstances. Self-executing treaties and executive treaties are generally considered to have equal status to federal law, superior status to state law, and inferior status to the Constitution. Generally speaking, non-self-executing agreements have limited strength. The question still remains whether implemented legislation required from these agreements can be reviewed for validity by the Supreme Court.

What is the Treaty Power?

The Constitution designates that the President has the authority to sign treaties “with the Advice and Consent of the Senate” and a 2/3 vote in the Senate. The treaty power maintains our system of checks and balances and makes passing a treaty a relatively hard process. The Supremacy Clause of the Constitution calls treaties “the Supreme Law of the Land.”

The U.S. is governed by both federal and state authority, and jurisdiction is established by the Constitution. The 10th Amendment reserves all power to the states when not specifically delegated otherwise or specifically prohibited in the Constitution. So federal authority can ratify a treaty. But what happens when the laws meant to implement the treaty overstep into state jurisdiction? Technically, that could be increasing Congress’ powers. These kinds of inconsistencies make the integration of international law even more of a gray area.

What is the Necessary and Proper Clause?

The clause, also known as the Elastic Clause, under Article 1 of the Constitution empowers Congress “to make all Laws which shall be necessary and proper for carrying into Execution the foregoing Powers.” The Necessary and Proper Clause grants the federal government power to govern outside its set natural jurisdiction when required to enforce federal laws. This clause is specifically used to justify implemented legislation in enforcing international treaties and executive agreement.

Here is a quick video explaining the clause with regard to the 10th Amendment.

These are, of course, not the only aspects of American law that affect the application of international law, but they are the ones that are most often discussed and considered when attempting to determine the scope of that application.

Summary of the Initial Case

In Lansdale, Pennsylvania, Carol Bond discovered that her friend, Myrlinda Haynes, was pregnant from an affair with her husband, Clifford Bond. In a flare of passion, she vowed revenge. Bond is a trained microbiologist, and at the time worked for the chemical manufacturer Rohm and Haas. She took advantage of her connection to steal 10-chloro-10H-phenoxarsine from Rohm and Haas and ordered potassium dichromate over Amazon. The chemicals can be poisonous with minimal topical contact. Over the course of at least 24 attempts, Bond spread the chemicals on Haynes’ house and car door handles and mailbox. Fortunately, Haynes was often able to spot the chemicals from noticeable color distortions and only suffered from a mild hand burn that was cleaned with water.

After several attempts to contact local police to no avail, Haynes brought the matter to federal officers of the Postal Service. At the culmination of the investigation, Bond was ultimately charged with two counts of possessing and using a chemical weapon in violation of Title 18 of the United States Code and section 229 of the Chemical Weapons Convention Implementation Act of 1998 and two counts of mail theft. Bond pleaded guilty and had the right to appeal. She was sentenced to six years in federal prison.

What is the Chemical Weapons Convention Implementation Act of 1998?

The United States signed the CWC on January 13, 1993 and initiated it in April 1997. The international convention currently has 190 state parties. The CWC prohibits the development, production, stockpiling, and use of chemical weapons. The National Implementation Measures clause prohibits “natural and legal persons anywhere on its territory … from undertaking any activity prohibited to a State Party under this Convention.” Section 229 of the CWCIA specifically decrees it “unlawful for any person knowingly to develop, produce, otherwise acquire….retain, own, possess, or use, or threaten to use, any chemical weapon.”

The CWC was signed with specific intentions aimed at international peace. It is a ceasefire for all countries involved in the manufacture or possession of chemical weapons or weapons of mass destruction, as means of combat to ensure global safety. The treaty is non-self-executing, meaning the CWC itself didn’t establish any U.S. laws, but evoked a promise from the U.S. to enact future legislation in accordance to the treaty.

The first question at hand: Does Bond have standing to challenge the federal chemical weapons charges filed against her under the CWCIA claiming her 10th Amendment rights? The answer ended up being yes. The court found that a federally indicted criminal defendant has the right to challenge the statue raising the question of federalism and states’ rights under the 10th Amendment.

The court also questioned whether the CWCIA is valid under the “necessary and proper” clause to enforce the Treaty Power. The Supreme Court opted out of making that decision and remanded the case to the Third Circuit.

The Third Circuit stated the validity of a treaty was “beyond [its] ken.” The creation of treaties is outside the courts’ powers; they are created by the President and Senate. The court ruled that for a valid treaty, implementing legislation need only to be “rationally related.”

The Third Circuit used the 1920 case Missouri v. Holland as precedent. That case concerned the Migratory Bird Treaty Act of 1918, a treaty established with Great Britain. The regulation of the hunting of migratory birds was previously deemed as a state concern, outside of Congress’ jurisdiction. The former case declared “the premise that principles of federalism will ordinarily impose no limitation on Congress’ ability to write laws supporting treaties” is implicit under the “necessary and proper” clause.

This decision raised natural concerns. Onlookers worried that if the court refused to decide on the validity of treaties, then anything goes. The President and Senate could ultimately ratify a treaty that required implementing laws that would otherwise be gravely illegal. Congress could theoretically grant itself powers it previously lacked through the Treaty Power.

This video features Nicholas Quinn Rosenkranz, a Law Professor at Georgetown University and Senior Fellow at the Cato Institute, further discussing the merits of the Treaty Power with regard to the case. Rosenkranz advocates limited power of the Treaty Power and enforcement of domestic law.

The case was brought back to the Supreme Court to further test the scope of the treaty power. The case had an opportunity to create a landmark decision but fell short. The majority response failed to make a decision in that regard. It did side with the defense, however, claiming that Bond’s actions didn’t fall within the CWCIA in the first place.

The Court emphasized the importance of Congress’ intent when implementing federal laws with regard to treaties. The CWCIA was not intended to punish local criminal activity, which has generally been a state concern. The Court also considered the definition of a chemical weapon, and decided Bond’s chemical choices did not fit. Justice Roberts explained, “In sum, the global need to prevent chemical warfare does not require the Federal Government to reach into the kitchen cupboard, or to treat a local assault with a chemi­cal irritant as the deployment of a chemical weapon.” Although Bond’s actions didn’t fall under the CWCIA, the decision casted “serious doubts about whether the treaty power can reach local crimes.”

The Court unanimously decided  in favor of Bond, although Justices Scalia, Alito, and Thomas wrote separate concurring opinions. They did not agree with the majority opinion that Bond’s actions didn’t fall under the CWCIA. They believed the CWCIA expressly prohibited “toxic substances” outside of “peaceful purposes.” The three justices sided with Bond in belief that the CWCIA is unconstitutional and goes outside of Congress’ enumerated powers. Treaties should only concern “matters of international intercourse,” not “matters of purely domestic regulation.”

So although the majority avoided the issues of the Treaty Power, Justices Scalia, Alito, and Thomas faced it right on. While the gray areas of international law and national application still exist, this at least hints to the fact that the Supreme Court may not hold American citizens to international laws that infringe on their rights in the future.

Can Americans be held to International Laws? It seems so. What if they intrude on individual and states’ rights?  The first Bond v. U.S. decision decreed we have the legal right to raise objections. The Supreme Court decision ensures our right as individuals to check the federal government when entering international agreements. It is important that the balance between state and federal government power stays in check. Even if the President and Senate can legally ratify international treaties, it doesn’t mean they should if they “violate traditional American rights, including the individual rights of federalism and the separation of powers.” American law, as always, reigns triumphant in the U.S.

Jessica McLaughlin
Jessica McLaughlin is a graduate of the University of Maryland with a degree in English Literature and Spanish. She works in the publishing industry and recently moved back to the DC area after living in NYC. Contact Jessica at staff@LawStreetMedia.com.
Share:
Related ItemsAntonin ScaliaChemical WeaponsCongressCongressional ActionConventionsExecutive ActionExecutive BranchInternational LawJohn RobertsSCOTUSSeparation of PowersTreaties