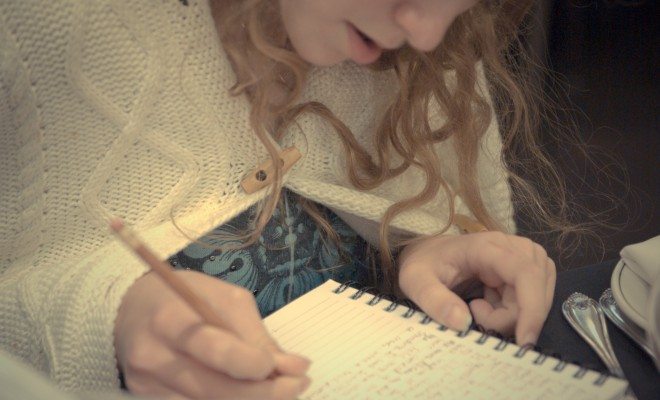 The Gray Area in Memoir Writing: When Can You Name Names?

There has been a surge lately in a certain category of books on Amazon and Barnes & Nobles’ websites: memoirs. Many people think that they have something new or unusual to share with the world, and they share it through self-publishing, or in some cases, market publishing. These works talk about everything from living with drug abuse to parenting a child with Autism. For authors–especially those who self-publish–when it comes to the legality of what you are saying who you are naming, it can quickly become a slippery slope. This debate has made news out of many memoirs–from A Child Called It to the latest drama with Lena Dunham’s Not That Kind of Girl. So legally, what can an author say, and what can’t be said? How do you walk that thin line between complete honesty in your own memoirs and what is legally permissible to divulge about other people? Read on to learn when you can name names in memoirs, and the details behind some of the most famous cases that have shaped opinion on the subject.

What’s the legality behind “naming names?”

In an article with Writer’s Weekly, legal expert Howard G. Zaharoff says there are two ways to tell if you should name names. The first has to do with the actual law of the land: “…U.S. law prohibits defamation, that is, oral or written falsehoods that hold the subject up to scorn or ridicule. Every negative statement you make about a living person must be true and, ideally, supported by evidence.” So you can name names, as long as everything you say is true. But it goes a little deeper than that, as there have been many cases where people truthfully name names and still get into legal trouble.

The second way requires a little more discretion: “The right to avoid disclosure of truthful but embarrassing private facts is the first right,” explains Zaharoff. “For example, I am reading John Sandford’s latest Prey novel, in which a well-known politician is accused of having sex with an underage woman. She offers proof that she had sex with him by describing two semicolon-shaped freckles on his testicles. Unless they are relevant to an important and truthful account you need to tell, I would avoid that kind of disclosure.” While that image is shocking, it is something that a writer probably would not need to share in a written piece–it does not add interest or pique curiosity. Try not to reveal anything too personal or embarrassing about whomever you are writing about.

Legal action is tricky, because in the end, it is probably only going to be the writer’s word versus that of the plaintiff. Even if you do not lose the lawsuit, you will still have done some damage to your reputation and to your book. So on to the real question: how do you tell your story without risking litigation?

But the question is, again, how authentic can your story be if you are fabricating characters? Truthfully, if you want your memoir to be authentic, you can’t change very much at all about the character’s upbringing, education, career, appearance, or even economic status–that makes up a person’s character. Is it enough to change a name?

Let’s look at some of the most famous cases where an author faced possible legal action for naming names.

Augusten Burroughs had a close relationship with Theresa Turcotte throughout his life. In fact, it was Burroughs’ relationships with Turcotte and her entire family that inspired his wildly popular memoir Running with Scissors, which chronicles his life from the ages of nine to 17. During most of this time, Augusten lived with the family of his mother’s rather unorthodox psychiatrist. Following his mother Deirdre’s first minor psychotic break, she began to see Dr. Finch. Before long Burroughs’ parents divorce and (SPOILER ALERT) his mother reveals that Finch had been controlling her through medication.

Vanity Fair explains that, “The character based on Theresa is named Natalie Finch, and in her first appearance she is described as a ‘ratty’ 13-year-old. In the next reference she has ‘long, greasy stringy hair and dirty clothes.’ In the next five pages she is described ‘spilling crumbs down the front of her striped halter-top’ from a tube of Pringles and wiping ‘her hands on her bare knees’ and using the word ‘cunt.’” The woman who inspired the character, who now works professionally for the University of Massachusetts Medical School, was taken aback.

In subsequent press interviews, members of the Turcotte family cried foul on many of the accusations that Burroughs made. They do not call everything into question, including some of the accusations about their controversial father. But of course in order to file a suit, the family would have to go public, which could be even more damaging if they lost.

The family took both Burroughs and the publisher to court, where they came to an agreement that Running with Scissors would no longer be called a memoir. Burroughs’ new acknowledgments note at the back of the book will say that the Turcottes “are each fine, decent, and hard-working people.” Financial terms of the settlement are completely private. Sony Pictures made a deal with the family before releasing it as a movie.

Burroughs won in this case, saying: “I’m not at all sorry that I wrote [the book]. And you know, the suit settled–it settled in my favor. I didn’t change a word of the memoir, not one word of it. It’s still a memoir, it’s marketed as a memoir, [the Turcottes] agreed one hundred percent that it is a memoir.”

Not That Kind of Girl by Lena Dunham

Lena Dunham, actress and outspoken feminist, was sexually assaulted while studying at Oberlin College. Anyone who has read her memoir or seen an interview with her in the last few months during its publicity tour will know this, because in Not That Kind of Girl, she details exactly what happened to her. But now she is being called an unreliable narrator by some people associated with the college.

‘Barry’ the purported assailant in Dunham’s ‘Not That Kind of Girl,’ is characterized as Oberlin College’s ‘resident conservative,’ suggesting that such a designation is rare at that Ohio bastion of liberal politics. He is described in considerable detail, sporting a flamboyant mustache and purple cowboy boots, working at the campus library and hosting a specific radio talk show. The book’s copyright page acknowledges that ‘some details and identifying details have been changed.’

The problem is that while many details were changed, those applying to Barry were not–and he was a known figure on campus while Dunham studied there. She described her fictional Barry as “Conservative” and as wearing “cowboy boots” to walk around campus, which also applied to the real Barry. This week, Dunham wrote an essay that was published on BuzzFeed, clarifying why she recounted her assault the way she did. “Speaking out was never about exposing the man who assaulted me. Rather it was about exposing my shame, letting it dry out in the sun,” Dunham wrote. “Any resemblance to a person with this name is an unfortunate and surreal coincidence. I am sorry about all he has experienced.”

When questioned why she decided to publish her account, she said, “I hoped I might inspire others to share, and that forming these connections would assist us in healing.” She then continued: “There is no right way to survive rape and there is no right way to be a victim. What survivors need more than anything is to be supported.”

Random House, which reportedly paid more than $3.5 million advance for Dunham’s book, has offered to pay Barry’s legal fees, but made no further comment on the way Dunham’s book was fact checked or edited for names. Future editions will make it clear that Barry is supposed to be a pseudonym.

Though we don’t know the end of this one yet, knowing the public’s love/hate relationship with Dunham it is bound to get interesting.

For anyone who has read the book, it seems that Dunham’s intentions were not to shame the man who did it,  but rather to raise awareness of the fact that things like sexual abuse and rape happen on college campuses everywhere–even those that are progressive. Dunham is known to be a hot topic in the public eye, and people tend to jump on her case whenever she does anything. Still, as someone who is not a first time writer–she has awards and a lot of media attention from writing Girls–she probably should have known better than to use an actual person’s name and exact likeness in her autobiography.

Memoirists walk a very fine line because many of them have also written fiction, including Dunham–who has blurred the lines with her book and her television show Girls–Binjamin Wilkomirski, and James Frey. The brunt of the responsibility is on them to write honestly, precisely, and clearly about their pasts. Readers also have to realize that each story is told from the perspective of the writer–not necessarily who the included stories are about. Geoffrey Wolff wrote The Duke of Deception about his father, a pathological liar, whose fantastical stories he studied. “I’m going to write everything I believe to be true,” he says. “The writer knows memory bends, but everything I write I believe to have happened.”

Buzzfeed: Lena Dunham: Why I Chose To Speak Out

Telegraph: The minute you tell me your story – it’s mine

Writers Digest: Will I Get Sued if I Use Real Names in my Memoir?

Creative Penn: 7 Mistakes to Avoid When Writing Your Memoir

The New York TImes: The Problem with Memoirs

Editor’s Note: This post has been edited to replace a source that has been taken off the web.

Noel Diem
Law Street contributor Noel Diem is an editor and aspiring author based in Reading, Pennsylvania. She is an alum of Albright College where she studied English and Secondary Education. In her spare time she enjoys traveling, theater, fashion, and literature. Contact Noel at staff@LawStreetMedia.com.
Share:
Related ItemsAugusten BurroughAuthorsLena DunhamLibelMemoir WritingMemoirsSlanderTruth