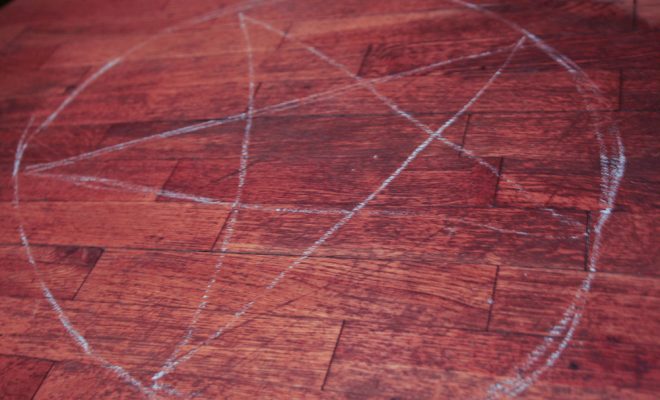 Giving the Devil His Due: the Legality of Satanism

With all of the recent issues in the media, Satanism has become a unique topic of discussion. Rarely spoken of, it tends to be a controversial taboo, and a typically condemned ideology. Despite all of the negative debate, it is interesting to analyze the legality behind such a forbidden topic, and see how the controversies surrounding recent incidences are handled by the courts.

Part of what the United States was built on was the freedom to freely practice the religion of one’s choice. According to the First Amendment, “Congress shall make no law respecting an establishment of religion, or prohibiting the free exercise thereof; or abridging the freedom of speech, or of the press; or the right of the people peaceably to assemble, and to petition the Government for a redress of grievances.” There is no amendment which excludes or singles out a particular religion as not applying to the constitution. According to John Farina, a professor of Religion and Law at George Mason University, “The state is incompetent to make judgments about what is a good religion and what isn’t.” Legality of religion is not about morality or ethics, it is about breaking the law. So where does Satanism fall within this spectrum. Here is an in depth look at the legality of Satanism.

According to Contemporary Religious Satanism, “Satanism of today is atheistic[…] Satanic ideology states that one should pursue one’s own satisfaction.” There is discrepancy between how scholars define the religion and how the organization defines it themselves, but Satanism can loosely be defined as more of a philosophy than a religion that focuses on “empowerment, self-realization, actualization, [and] assertion or development […] a general opposition to all traditional and modern institutions of authority.”  Satanists do not embrace evilness per se, yet they embrace rebellion and prefer not to adhere to the conformity of traditional religion. Many Satanists feel that that have been wronged by society, and choose to resort to this alternative lifestyle.

At Harvard University, there was a planned Satanic ceremony, called Black Mass to occur in May 2014. The mass would mock the classic Catholic mass, with the students intent of “exercising their First Amendment rights.” The Cultural Studies Club wanted to explore and demonstrate a new realm of religious expression. According to CNN, a cultural studies club student at Harvard said,  “Our purpose is not to denigrate any religion or faith, which would be repugnant to our educational purposes…but instead to learn and experience the history of different cultural practices.” Some students felt that this was a very innovative and enlightening idea; others were extremely upset and wanted to put an immediate end to what they felt was an an attack.

The Harvard Extension School said in a statement that it encouraged students to assemble freely. However, “we do not agree with the student group’s decision to stage an event that is so deeply disturbing and offensive to many in the Harvard community and beyond.” As a university, a private institution, Harvard does not owe this group of students the right to hold a religious ceremony. The Constitution does not require nor regulate an educational establishment; and a private institution has the right to oversee and set precedent for the students’ public activity on the account of preserving a safe environment, that is conducive to learning. The fact that the Black Mass caused such an extreme backlash from a large portion of the student body and staff gave Harvard more than enough reason to put a halt on the ceremony before it started.

To see an interview with one of the participants of the Black Mass click here:

In Oklahoma, a Satanist group is currently battling to have their statue erected in front of the Oklahoma State Capitol. The statue is being built in a studio in New York City, and is almost in its final form. The statue is a seven-foot tall demon-like man with a goat’s head; the figure has long horns, a beard, and wears a partial smirk. Two children statue look up admiringly at the demon-like man.  The group argues that they should be able to place their statue on the grounds because the Ten Commandments are displayed there. If a religious symbol is already placed on public grounds, how can the state block the Satanist group from displaying their statue? According to CNS News, Lucien Greaves, a representative for the Satanic Temple argued, “We would have never suggested that a Satanic monument should be represented on Capitol grounds if it weren’t for the fact that the 10 Commandments were already there. The idea of a solitary monument, related to any one religion, standing on Capitol grounds is offensive. “

According to ABC 15, “In December, state lawmakers told CNN that the satanists’ message wouldn’t fly in their Bible Belt state, where nearly two-thirds of the population are Christian.” In 1947 Everson v. Board of Education, the courts ruled in an establishment clause that a federal nor a state government “can pass laws which aid one religion, aid all religions, or prefer one religion over another.” Justice Black also ruled that there can be no official church of the state established. Religion is an independent facility, and should be treated accordingly. Oklahoma’s legislators are contradicting the basic principle which is established in the case; by erecting a statue symbolizing one religion’s values, yet denying another the right to display their symbols publicly. Farina says, “The court has to balance that religious freedom right against the compelling interest of the state.” In this case, it is clear where to majority lies, yet seems to contradict the separation between church and state clause. In fact, neither the ten commandments nor the demon statue should be displayed on public grounds. Religion should remain a private entity, and be confined to a religious establishment.

This First Amendment and the Establishment Clause, banning any “law respecting an establishment of religion,” was made applicable to the states by due process and the Fourteenth Amendment. In terms of religion, the only way that the government can intervene and regulate is when there is illegal activity or criminal action resulting from the religious practices.

An example of this scenario was Gonzalez v. O Centro Espirita Beneficiente Uniao Do Vegetal (2005). In this case, which was brought to the Supreme Court, O Centro Espirita Beneficiente Uniao Do Vegetal (“UDV”), a Brazilian religious group in the United States, claimed that they needed to import a hallucinate tea which included the drug DMT for a part of their religious ritual. According to Farina, UDV won the case and was able to continue to import the tea on account of traditional religious purposes tied to the consumption of this mind-altering tea.

Another case that supports the preferential treatment of certain religions is the Van Orden v. Perry case in 2005. In this case former lawyer, Van Orden, sued Texas for the display of the Ten Commandments on state capitol grounds. He claimed that the statute violated the Establishment Clause, in which the government is banned from making an official religion or favoring one over the other. In this case, the state won on the grounds that “the Ten Commandments have an undeniable historical meaning.” The fact that the monument included historical context that applies to national history, outweighed its secular purpose. According to Legal Information Institute, this where an inherent is a contradiction lies, “One face looks to the past in acknowledgment of our Nation’s heritage, while the other looks to the present in demanding a separation between church and state.” Yet, one has to argue what is history truly . Although, we have a very mainstreamed view on what is taught in the educational system, what one may deem important is subjective to that person’s background and upbringing. Anything that is suggested for a secular purpose can easily offend anyone with opposing personal view.

According to Farina, there really is no such thing as a legal religion. The only thing that would make a religion “valid” would be their status with the IRS and whether or not they receive exemption from paying taxes. In the 2001 case, ESA v. Rylander,  the Ethical Society of Austin applied to the courts to get tax exemption for being a religious organization; they were initially granted the benefit by the courts, yet the decision was revoked when the courts decided that in order for it to legally be considered a religious organization the religion must worship a “supreme being.” In 2010 Oklahoma granted the Satanist church tax-exemption. According to Pro Con, “A tax exemption is a privilege, not a right. Governments have traditionally granted this privilege to churches because of the positive contribution they are presumed to make to the community, but there is no such provision in the U.S. Constitution.” This statement may cause Satanist establishments issues when applying for tax exemption in their state. On the other hand, according to TCI College Law Review, “there is no adequate definition of a protected religion or religious tax exempt activity […] religious institutions are not obligated to perform services to the community in return for the tax exemption.” Also, tax exemptions are not required by the First Amendment, therefore the state courts are left to handle the decision, which leads to inconsistency in the state’s legislation.

What it really boils down to is religion is truly a private entity. As the constitution supports the idea that people should be able to worship freely, it does not support the public involvement in the matter. Religion is personal; no religious organization should have the freedom to express their beliefs in an aggressive manner. Legally, Satanists should have the right to practice their religion (as long as they do not break any laws). The issue for most people seems to be more about morality, when we bring up a religion that has such a negative connotation.

Charters of Freedom: Bill of Rights

Supreme Court: Everson v. Board of Education of the Township of Ewing

Boston Globe: Amid Outcry, Black Mass at Harvard is Called Off

Fox News: Satanic Group Says Oklahoma Must Give the Devil His Due

Boston Globe: Satan Statue Should be Welcome in Oklahoma

Madeleine Stern
Madeleine Stern attended George Mason University majoring in Journalism and minoring in Theater. Her writing on solitary confinement inspired her to pursue a graduate degree in clinical counseling after graduation. Madeleine is an avid runner, dedicated animal lover, and a children’s ballet instructor. Contact Madeleine at staff@LawStreetMedia.com.
Share:
Related ItemsBill of RightsFirst AmendmentFreedom of ReligionFreedom to AssembleReligionSatanismSeparation of Church and State