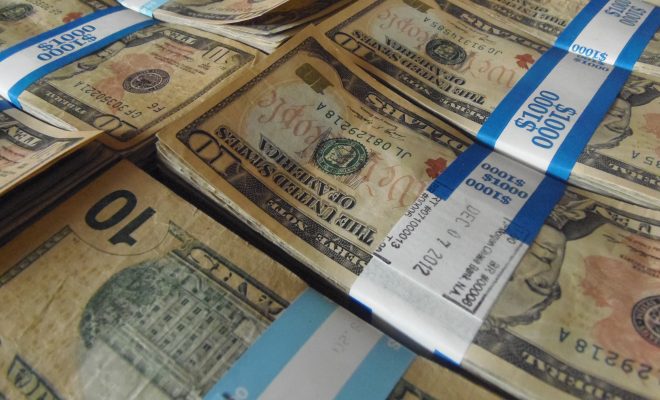 Death and Taxes: What is the Estate Tax?

The estate tax, more commonly known as the “death tax,” is one of the most hated taxes in the United States. Long considered to be a contentious issue in the tax policy field, Americans are largely not comfortable with the concept of taxing inheritances. However, estate taxes align perfectly with America’s historical idea of fairness and not encouraging wealth to accumulate long after death. Despite citizens’ contempt for taxes at death, few will ever actually be subject to the estate tax. Read on to learn more about the estate tax, and what happens to our money after we die.

Evolution and History of the Estate Tax

The Internal Revenue Service defines the estate tax as “a tax on your right to transfer property at your death.” Taxation at death can be traced back as far as ancient Egypt, around 700 B.C. In feudal Europe, it was also quite common to impose taxes on the death of a family member, normally amounting to a family’s annual property rent.

Early American government abolished laws that encouraged the accumulation of wealth over many generations. In 1777, Thomas Jefferson cited Adam Smith, a free market capitalist, when stating that “the earth and the fulness of it belongs to every generation, and the preceding one can have no right to bind it up from posterity.” The concept that people should control their estates after death was considered “manifestly absurd” by both Jefferson and Smith.

The modern estate tax evolved through the Stamp Tax of 1797 (taxes levied on required federal stamps on wills, inventories, and letters of administration), the Revenue Act of 1862 (the addition of a legacy or inheritance tax along with the stamp tax on the probate of wills or letters of administration), and the War Revenue Act of 1898 (a federal legacy tax proposed to raise revenue for the Spanish-American War, levied only on personal property).

The Estate Tax 1900 to Present

The Revenue Act of 1916 specifically created a tax on the transfer of wealth to beneficiaries. This levied a tax directly on the estate itself, rather than an inheritance tax. Over the next few decades, laws surrounding the estate and gift tax framework shifted immensely. A gift tax was repealed in 1926, then reintroduced in 1932; tax bases expanded; life insurance rules were modified to exclude insurance the decedent never owned; and marital deductions frequently changed. Significant tax law changes came around with the Tax Reform Act of 1976. This created a unified estate and gift tax framework; prior to this reform, it was far cheaper to give property away during life as gifts, as there was a higher tax rate applied at death. The generation-skipping transfer trust tax was also added to combat creative trust frameworks that paid money out to intervening beneficiaries, avoiding taxes altogether.

The Economic Growth and Tax Relief Reconciliation Act of 2001 allowed for a phasing-out of the estate tax, along with a lowering of annual top-rate estate taxes. It also lowered capital-gains taxes, in addition to lowering income taxes. Much of the resistance to the estate tax has come from powerful public relations campaigns and lobbying efforts. Many wealthy families have lobbied for years around an estate tax repeal and funded actions to make it a reality: including the Mars Chocolate family, the L.L. Bean family, and the Campbell’s Soup family.

While citizens feel very strongly about the “death tax,” it only affects a small percentage of families each year. According to a 2016 Gallup poll, 54 percent of those polled supported a repeal of the estate tax. Under the current law, however, the 40 percent tax rate is applied only to estates worth more than $5.45 million for individuals and more than $10.9 million for married couples. If a decedent has an estate worth less than that, then it is automatically passed on to heirs completely tax-free. Additionally, individuals are able to give away $14,000 a year as a gift to an unlimited amount of people without incurring any tax.

So, an overwhelming majority of families in the U.S. are not subject to the estate tax. For example, in 2015, only 4,918 estates were subject to the tax, yielding $17 billion (less than 1 percent of federal revenue). From that number, 266 estates valued at $50 million or more brought in $7.4 billion in revenue. According to the Center on Budget and Policy Priorities (CBPP), 99.8 percent of estates are exempt from the estate tax. The CBPP also notes that $275 billion will be generated from 2017-2026 under the current estate tax law. While that is still less than 1 percent of federal revenue during that same period, it is more than the government will spend on the Food and Drug Administration, Centers for Disease Control and Prevention, and Environmental Protection Agency combined. Estate taxes clearly remain an integral source of revenue for the federal government.

Moreover, the interesting thing about many estates is that most will not ever actually be taxed. The CBPP estimates that 55 percent of the value of the estates worth more than $100 million are comprised of unrealized capital gains; those gains have not yet been taxed nor will they ever be taxed under current estate tax laws. Capital gains are only taxed when an owner of an asset “realizes” a gain; therefore, if an asset is held by an owner until death, increasing in value over the years, it will never actually be subject to income tax.

Generally, taxable estates pay less than one-sixth of their value in tax–roughly 16.6 percent, far below the top statutory rate. Additionally, the significant number of loopholes and generous deductions enable many estates to avoid taxes altogether. Hence, many families are able to pass on numerous assets to future generations tax-free due to advantageous laws.

Republicans have long sought to repeal the death tax, and now thanks to President Trump, that dream may be realized. Abolishing it completely would save millionaires and billionaires in the U.S. roughly $20 billion a year in taxes. An action to repeal the estate tax would be beneficial only for the top 1 percent of families in the country, something that appears to be completely at odds with the working-class voters who helped to elect Trump. Under the current administration, passage of a bill to repeal the estate tax in the Republican-led House is practically certain; as for the Senate, a decade-long repeal is possible under a reconciliation which needs 50 senators. To repeal the estate tax permanently, 60 votes would be needed, which may be more difficult to garner.

If repealed, President Trump’s estate alone would save about $564 million, based on his estimated net worth of $3 billion (although he has argued that his net worth is even higher). Trump’s team, which is comprised primarily of extremely wealthy individuals, would also benefit greatly from an estate tax repeal. However, a proposed plan to repeal the estate tax indicates a bit of compromise as well. Instead of capital gains being able to pass to heirs tax-free, those assets would be subject to a capital gains tax at death, with an exemption of the first $10 million in assets for family farms and small business owners. A tax on capital gains would only top out at 20 percent, while the estate tax is at 40 percent. Thus, repealing the estate tax and replacing it with a capital gains tax would be extremely beneficial for wealthy families.

The estate tax is misunderstood by most Americans; despite all of the negative sentiments surrounding it, only a minuscule number of estates will be affected by it annually. In actuality, a repeal of the estate tax would only benefit a small number of incredibly wealthy families in the U.S., while simultaneously depriving the federal government of billions of dollars of revenue each year. When weighing the merits of the estate tax system, one should consider the benefits of allocating society’s resources and promoting equality over the potential consequences of binding the majority of assets and wealth into a small percentage of the American population.

Nicole Zub
Nicole is a third-year law student at the University of Kentucky College of Law. She graduated in 2011 from Northeastern University with Bachelor’s in Environmental Science. When she isn’t imbibing copious amounts of caffeine, you can find her with her nose in a book or experimenting in the kitchen. Contact Nicole at Staff@LawStreetMedia.com.
Share:
Related ItemsDeath TaxDonald TrumpEstateEstate TaxinheritanceTax PolicyTrustwills