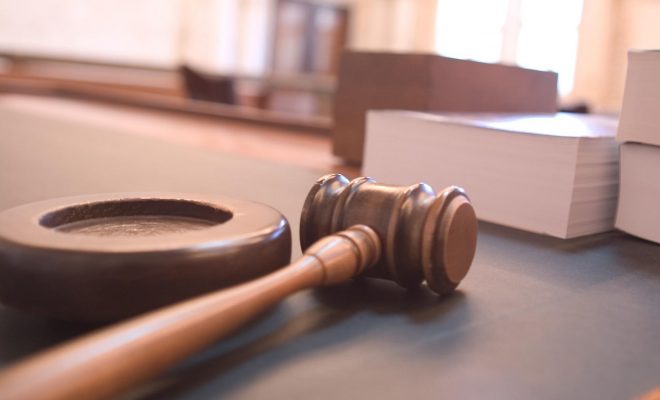 As concerns grow over the ethics of our nation’s police forces, there’s been talk alternatives to the current approach. One of those alternatives is a concept called “community justice.” But can community justice actually bring change and provide alternative solutions to traditional policing methods? Read on to learn about community policing and the court, and what these practices can bring to the table.

What is community justice?

Community justice is a broad term that includes practices for combating crime that directly or indirectly involve the community. The main goal is to enhance community life through problem-solving strategies, restore victims’ quality of life, reintegrate offenders, and strengthen normative standards in the community.

Community justice can be seen as a non-traditional model to deal with crime and disorder, as it creates a dialogue between citizens, community organizations, and criminal justice agencies. The focus is on the outcome for the community as a whole, not on individual cases. According to this perspective, crime is a community issue, and therefore, residents’ engagement is paramount in addressing it. Community justice advocates argue that stability can be achieved through partnership between the citizenry and law enforcement, or even through autonomous efforts of community residents.

Community justice is more of a theoretical concept than a practical tool, which gives practitioners a broad range of options when developing and implementing community justice practices. Generally, there are five avenues to pursue community justice initiatives: crime prevention, policing, prosecution, adjudication, and corrections. Some practices can fall into several categories simultaneously. As of now, community policing and community courts are two of the most widespread practices.

What is community policing and how does it work?

Community policing uses non-enforcement and trust-building tactics to engage residents, including youth, to partner with law enforcement in tackling local public safety issues. The practices can vary greatly, but the most common include:

Watch the video below to learn about community policing in Long Beach, California.

Building trust, is perhaps the most important goal of community policing, as it creates a different dynamic in the neighborhood. Advocates believe that traditional policing often just creates fear. It’s believed that the active participation of community residents legitimizes police work and helps to maintain trust and reduce crime at the same time. In the long run, it can alter criminal justice policies and establish new professional norms in police departments across the country.

The inception of community policing can be traced to the 1800s when Sir Robert Peel pioneered the practice in one of London’s Police Departments. The United States took up the innovative approach and adhered to it until the beginning of the 20th century. However, with changes to technology like police cars and mobile phones, policies changed too. Slower paced and labor-intensive community policing was abandoned.

Its revival began in the 1970s, when several police departments employed more progressive practices, some of which contained elements of community policing, such as building public support and engaging citizenry. Since that time, community policing unequivocally has become a more common modus operandi in police departments across the country. Many state jurisdictions have either community policing units or employ community-oriented practices as strategies to maintain public safety and fight crime. Practices vary greatly, but all involve public outreach in one way or another. Since its inception, community policing in the United States has been supported by non-profit organizations, government agencies, and rendered various partnerships. Among the most important are the following.

In March 2015, Attorney General Eric Holder announced  a $4.75 million pilot community policing initiative. The project will be called the National Initiative for Building Community Trust and Justice, and will run in Birmingham, Alabama; Fort Worth, Texas; Gary, Indiana; Minneapolis; Pittsburgh; and Stockton, California.

What are the benefits of community policing?

Community policing is a completely different approach to criminal decisions and the actors involved. It rethinks the role of law enforcement, fundamentally changing the outcome of an everyday police encounter by building trust and respect between police officers and citizens. Community policing in a way is a crime prevention tool as it targets the root of the problem and heals the wounds of the community by creating an atmosphere of trust and support, not fear and retribution.

What are community courts and how do they work?

Community courts mostly deal with low-level habitual offenders, the so-called frequent flyers, who are responsible for quality-of-life crimes that are non-violent and low-level offenses. These can include loitering, panhandling, shoplifting, and trespassing. Frequent flyers usually reoffend because there are no mechanisms in place to help solve their problems. They cycle in and out of the system, breeding poverty and more crime.

The purpose of community courts is to break this cycle of crime in the community, aid victims, and rehabilitate offenders. To reach these goals, community courts use a mixture of traditional and non-traditional practices. Instead of putting offenders back into the prison system without offering aid, community courts provide a helpful alternative, often through drug treatment or job-readiness programs. Some community courts use mediation, job training and placement, drug treatment, homeless outreach, substance abuse, HIV prevention, and tutoring programs for youth. As a result, offenders pay back the community by working in the neighborhood in partnership with local organizations. This allows for better integration of offenders into the community. If an offender complies, he receives the benefit of social services, while if he fails, he will be brought back to the traditional court system for adjudication. By sentencing fewer people to incarceration and increasing the numbers of those who can remain within communities, community courts are building up mutual trust, which in turn can result in solving crime problems in that specific neighborhood.

No two community courts are alike as each is unique in its structure and the programs it provides. Among the most prominent and effective are the following.

Watch the video below to learn more about other community courts and their innovative approaches.

What are the benefits of community courts?

Community courts improve the quality of life in a neighborhood and reshape social norms of those community members who have committed crimes. They build up trust between community members and the justice system, reduce fear, and contribute toward more fair and accountable adjudication practices.

Community courts also provide quicker and cheaper alternatives to the traditional court system as they uses judges, not juries. At a community court, a defendant can see a judge, receive punishment, and connect with a social worker all in one day.

These programs can free traditional courts from dealing with petty crimes, allowing them to focus on serious offenders instead. As a result, the prison population and costs associated with incarceration and the adjudication process decrease. It’s hard to assess if community courts are the cause of reductions to recidivism and crime rates, but the overall compliance with court practices is high, and the public tends to support community courts even if it means higher taxes. As an example, while Red Hook Community Court sent only one percent of all defendants to jail, its traditional counterpart, Brooklyn Criminal Court, incarcerated 15 percent of its defendants. Even if 78 percent of guilty defendants in the Red Hook Community Court receive ongoing supervision through mental health and drug treatment, it’s still a cheaper option than sending them to correction facilities.

Community justice is already fostering positive changes. Can it be a solution to the growing incarceration rates and police discontent? It certainly seems possible, as community justice successes continue to spring up. Each community has its unique concerns and crime problems, thus, a community justice approach can be a good fit to serve the needs of individual neighborhoods better than any sort of one-size-fits-all approach. By imposing meaningful sanctions on offenders, building trust between police and residents, and forming genuine problem-solving alliances, our criminal justice system may have the opportunity to change for the better.

Daily News: Red Hook Community Court is a Success for Defendants and Taxpayers

Wall Street Journal: What to Know About Community Policing