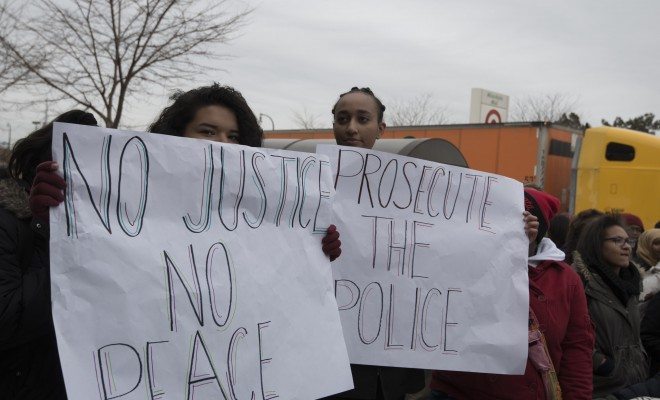 California Bans Grand Juries in Police-Involved Deaths: Will it Be Enough?

It’s been just over a year since the shooting death of Michael Brown in Ferguson, MO, but the United States is still reeling from the revelations about police brutality and the issues in our criminal justice system. One of the most controversial aspects of Brown’s case involved the choice of the local grand jury not to indict the police officer who shot him, Officer Darren Wilson. The aftermath of that non-indictment, among others, sparked a new law in California that was just signed by Governor Jerry Brown. Under the law, grand juries will no longer be used to investigate the deaths of people allegedly killed by police officers.

Although processes differ from state to state, as well as on the federal level, traditionally there are two different ways that suspects can be indicted. In California, either a prosecutor can files charges and then bring the case before a judge in a preliminary hearing, or they can present evidence and seek an indictment from a supposedly unbiased grand jury. The new law, which will go into effect next year, eliminates the latter option.

The reason that California is eliminating the use of grand juries in police-involved deaths comes directly from concerns about transparency that are inherent in the grand jury system. The process usually just involves a group of private citizens receiving evidence from a prosecutor, without a judge or defense attorney present. The prosecutor essentially controls the flow of evidence–yet it’s the grand jury’s decision whether or not to indict. So, if a grand jury fails to do so, the ire falls on them, not the prosecutor. While this is supposed to protect witnesses and keep the presumption of innocence, critics of the process believe it favors the police and allows the prosecutors to avoid responsibility for their actions.

Under the new California law, however, the decision will be made by the prosecutor–and the hope is that they conduct fair and unbiased investigations and file charges if they’re needed. The move is supposed to foster transparency and accountability.

The use of the criminal grand jury process, and the refusal to indict as occurred in Ferguson and other communities of color, has fostered an atmosphere of suspicion that threatens to compromise our justice system.

However, not everyone is as optimistic that the change will help make sure that officers who do use force inappropriately are held accountable. In fact, another state, New Jersey, has taken literally the opposite approach to ensure that proper oversight is given to police-involved deaths. New Jersey has mandated that civilian grand juries be used in those cases, and created some guidelines and parameters for that use in order to ensure that cases are presented uniformly.

It is very clear that there are certain aspects of our justice system that warrant a re-examination; police-involved killings certainly make the list. While California’s move away from grand juries could end up leading to more transparency, more change may still be needed to make sure that the prosecutors on whom the burden now falls are subject to fair oversight. It’s a step in the right direction, but let’s just hope it’s a big enough step.