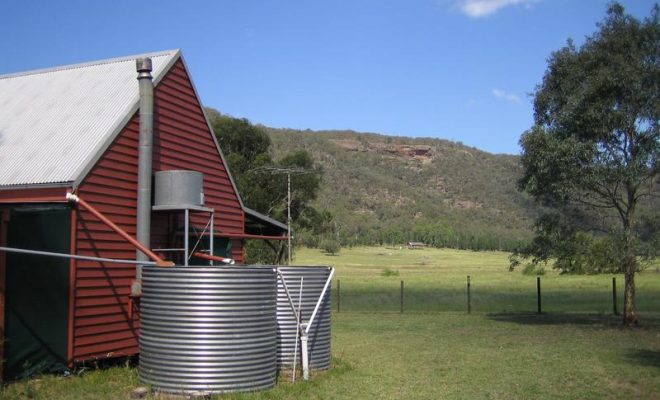 The idea of child labor in the United States sounds absurd. It’s 2015, after all. But the truth is that it’s more common than you may think, especially in the agriculture industry. The U.S. government currently has exemptions in place for the minimum age and maximum work hour requirements for child farmworkers. Hazardous work is prohibited until 18 in other industries, but notable exemptions exist for agricultural companies. Child farmworkers have high rates of injury, are exposed to serious health risks, and often receive few protections, particularly on tobacco farms. Read on to learn more about dangerous, but legal, child labor in the United States.

What is the Current Federal Law?

Loopholes in child labor laws for the agriculture industry stem from the 1938 Fair Labor Standards Act (FLSA), last revised in 2007. For all nonagricultural sectors, the FLSA restricts the hours children under 16 can work and prohibits children under 18 from work that is considered dangerous. In those industries, for example, children cannot work more than three hours on school days or more than eight hours on nonschool days.

However, the rules are far more lenient for the agriculture industry. Children under 16 cannot work during school hours, but there are no maximum hour limits beyond that. There is also no limit for working after school or on weekends, and there is essentially no limit for child workers during the summer. Some states place additional hour restrictions on child employment in agriculture.

At age 16, children can perform hazardous work, like operating chainsaws, forklifts, forage harvesters, or power post hole diggers. They can work from a ladder or scaffolding at over 20 feet from the ground and may drive a tractor over 20 PTO horsepower. They can also handle or apply toxic agricultural chemicals and may also handle or use a blasting agent (i.e. dynamite, black powder).

With parental consent, children under 12 can work on farms where workers are exempt from federal minimum wage requirements. Children aged 12 and 13 can be employed with parental consent or on a farm where a parent or guardian is also working. At 14, children can work any agricultural occupation not deemed hazardous by the Secretary of Labor and 16-year-olds can engage in any agricultural occupation, even during school hours. Children of any age may be employed on a farm in any occupation at any time if a parent or guardian owns the business.

Minors do not need working paper or work-permits. Farm workers under 20 years old can be paid $4.25 an hour during the first consecutive 90 calendar days of employment. Lastly, farmworkers of all ages are not subject to the overtime provisions in the FLSA.

In 2014, Human Rights Watch (HRW) conducted a survey, which found that child laborers on tobacco farms face harsh conditions and receive little protections. According to HRW, 90 percent of American tobacco is cultivated in Kentucky, Virginia, North Carolina, and Tennessee. Although exact numbers remain unknown, thousands of child laborers work on these fields every year. Ohio Rep. Mary Kaptur and several British Members of Parliament toured a North Carolina tobacco farm last year. An article from The Hill summarized the report from their visit noting the “squalid conditions, lack of sanitation, hot water, flushing toilets and basic health services” that tobacco farm workers face. According to the HRW report, child laborers often work 50 to 60 hours a week in bad conditions and extreme heat.

Machinery poses a real risk to child farmworkers. According to a 2013 study from the National Institute for Occupational Safety and Health (NIOSH), the agriculture industry accounts for the largest number of work-related deaths. NIOSH reported that the fatality rate for child farm workers is four times greater than that of any other industry and that two-thirds of farm deaths occurred among children 16 years old and under. According to the study:

Young worker deaths in agriculture are noteworthy. In addition to accounting for the largest number of deaths of any industry, previous research has suggested that the fatality rate is about four times greater than for youth working in other industries [Barkume et. al. 2000, Hard and Myers 2006] and comparable to the risk for young and middle-aged workers in agriculture. Nearly 2/3rds of the deaths in agriculture occurred among youth less than 16 years of age [Windau and Meyer 2005]. Nearly 60% of the deaths of youth in agriculture occurred on family farms. Farm family workers accounted for nearly 25% of all young worker deaths from 1998 to 2002.

Human Rights Watch also reported that more than 1,800 children working on farms in 2012 received non-fatal injuries from  sharp tools and machines. In 2010, two teenagers died trapped in a grain bin. One 16-year-old Tennessee worker, interviewed by Human Rights Watch, remembered an incident saying, “I cut myself with the hatchet.… I probably hit a vein or something because it wouldn’t stop bleeding and I had to go to the hospital…. My foot was all covered in blood.” Another 16-year-old said that he lost two fingers in an accident involving a mower.

Another alarming aspect is the health risks that workers on tobacco fields may encounter. Child laborers under 16 may be free from operating the most dangerous machinery, but they are exposed to toxic pesticides and risk nicotine poisoning. You have to be at least 18 to buy cigarettes, but not to cultivate tobacco. According to Margaret Wurth from Human Rights Watch, “as the school year ends, children are heading into the tobacco fields, where they can’t avoid being exposed to dangerous nicotine, without smoking a single cigarette.”

Child laborers interviewed by Human Rights Watch also reported working while nearby field were sprayed with chemicals. These pesticides can cause cancer, damage to the nervous system, and issues with reproductive health. Public health experts  have linked nicotine exposure in adolescents with mood disorders and permanent cognitive deficits.

A number of the children interviewed by HRW exhibited signs of acute nicotine poisoning, also known as Green Tobacco Sickness. Side effects include nausea, vomiting, dizziness, headaches, loss of appetite, and sleeplessness. Others also reported difficulty breathing, skin rashes, and irritations to the mouth and eyes.

What is being done?

Recent attempts at reform have been futile. Although countries across the globe, like Brazil and India, prohibit children under the age of 18 to work on tobacco fields, the United States does not.

In 2011, during President Obama’s first term, former Secretary of Labor Hilda Solis proposed banning workers under the age of 16 in the tobacco fields–ridding the FLAS of many of its exemptions. Her plan included stricter regulations for “agricultural work with animals, pesticides, timber, manure pits, and storage bins.” It also proposed safety measures for young farmworkers.

However, powerful opposition from farm conglomerates emerged. Montana Representative Denny Rehberg lamented the consequences when “big-city bureaucrats try to craft policies for rural America.” Farmers also complained that it would prevent their children from contributing to chores, even though Solis suggested an exception regarding farmers’ children. State legislators responded by drafting bills asking respective Congressional delegates to oppose the proposed changes to child labor exemptions. The successful lobbying campaign resulted in all the proposals being dropped and the Obama administration promising to abandon the issue indefinitely.

Another legislative attempt to help child laborers is Representative Lucille Roybal-Allard’s Children’s Act for Responsible Employment (CARE Act). Initially introduced in 2001, the CARE Act has been reintroduced in several sessions of Congress over the past decade, most recently in June. The CARE Act standardizes child labor protection in agriculture with every other industry.

Not only would the CARE Act revise current child labor law exemptions, it would increase and establish criminal penalties for child labor violations. The bill currently sits in the House Committee on Education and the Workforce.

The Children Don’t Belong on Tobacco Farms Act, co-authored by Illinois Sen. Dick Durbin and Rhode Island Rep. David Cicilline, is the most recent attempt to alter the current laws. Although the bill doesn’t prohibit children from tobacco fields, it limits the type of work that can be performed. Children under eighteen would be banned from direct contact with tobacco plants or dried tobacco leaves. Like other legislation attempting to reform these laws, the bill has not moved past its assigned committee.

The evidence shows that dangerous child labor conditions are not exclusively third world problem– it is prevalent here in the United States. Although multiple attempts at reform have been made, they have either failed or stalled in Congress. Significant progress could also be made without major changes to existing laws. Removing exemptions for the agriculture industry could create uniform standards for the employment of children in all industries. However, such efforts seem unlikely to succeed as powerful interests have managed to block recent efforts.

The Atlantic: How Common Is Child Labor in the U.S.?

The Hill: Back to School – Or Back to the Fields?

The Nation: Child Labor in the USA

Editor’s Note: This post has been updated to clarify the history of the CARE Act.

Jessica McLaughlin
Jessica McLaughlin is a graduate of the University of Maryland with a degree in English Literature and Spanish. She works in the publishing industry and recently moved back to the DC area after living in NYC. Contact Jessica at staff@LawStreetMedia.com.
Share:
Related ItemsAgriculture IndustryChild LaborFarmingLabor LawsTobaccoTobacco Farming