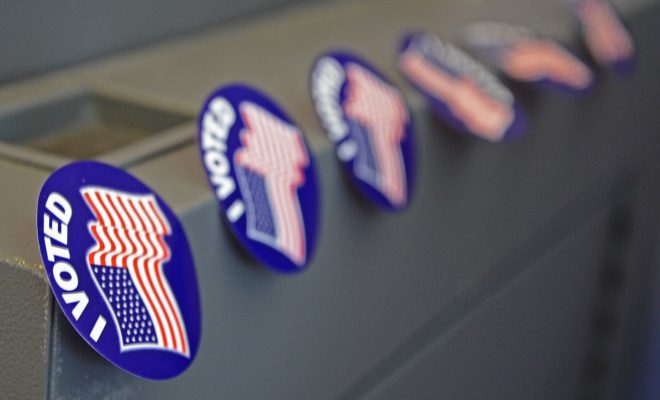 Right now we all hear a lot of “Hillary Clinton this,” “Donald Trump that.” Love or hate Donald and Hillary, the 2016 presidential election has dominated our newsfeeds and happy hour conversations. And don’t get me wrong–the presidential election is incredibly important. But many of the laws that affect us on a day-to-day basis are made at the state level, often by our state legislators, but also by us, the American people. States give voters the opportunity to weigh in on important questions, and in some cases directly impact our state’s laws through ballot measures. And there’s a bunch up for grabs this year that millennials should be paying attention to. Learn more about ballot measures, and Law Street’s picks for the top five types of ballot measures we should all be paying attention to below.

What is a Ballot Measure?

Generally speaking, a ballot measure is a public vote on a proposed issue or question that voters get to weigh in on. Rules about ballot measures vary from state to state and there are a few different ways that ballot measures end up on the ballot. One type, a ballot initiative, requires signatures from citizens who want to see the question weighed by voters. Another option is legislative referral, in which the legislature puts up a law it’s considering to be voted on. In some states, this process is required to pass an amendment to the state constitution.

Why Should I Care About Ballot Measures?

They give you a chance to weigh in directly on issues. America’s government is, at its core, a representative democracy. We elect people to make decisions for us, and we have to accept that sometimes we don’t like those decisions. We, as millennials, routinely answer in polls that we don’t trust the government, the path our country is on, or our elected officials.

But ballot initiatives are different–they’re a real, legitimate way to vote on issues we care about. There’s not really political middlemen to deal with. They’re direct democracy. Regardless of how you feel about the politicians you’ll be asked to vote for in November, it’s important that you make your voice heard on these issues, many of which can and likely will affect millennials.

What States are Looking at Gun Control Measures?

California’s Proposition 63: Proposition 63, which is also called the “Safety for All Initiative,” would prohibit Californians from owning high-capacity magazines, make any gun theft a felony, and tighten a variety of loopholes regarding felons owning guns. The especially contentious part of the proposal, however, is that it would require a background check and a four-year permit to obtain ammunition. Here’s the full text.

Nevada’s Question 1: Nevada will be asking voters to vote on whether firearm transfers have to go through licensed gun dealers, and therefore be required to have a background check. Like Maine, there would be some exceptions to these provisions, like temporary transfers or transfers to family members would not require a gun dealer. Here’s the full text.

Washington’s Initiative 1491: Formally named the “Individual Gun Access Prevention by Court Order” a “yes” vote on this initiative would allow the use of courts to issue “extreme risk protection orders,” that would prevent someone from having a firearm. This would be used for people who pose a serious threat to themselves or others. Here’s the full text.

Why should we be paying attention to gun control measures?

From Columbine, to Virginia Tech, to Sandy Hook, our lives have been marked by high profile gun violence. We learned what to do if there was an armed shooter in our schools–a drill that probably would have been unthinkable to our parents. We grew up watching violent movies and playing first person shooter video games–a phenomenon that had some worried about the relationship between young people and violence. And guns affect many of our daily lives too–54 percent of Americans killed by gun violence in 2010 were under the age of 30. But exactly how to deal with this violence hasn’t necessarily manifested itself in strong support for one side or the other: do we need more control or less?

Millennials remain split on gun control measures as a whole. A 2015 Gallup poll found that 50 percent of millennials support more gun control, which stands in contrast to 57 percent of the 30-49 age bracket. A 2015 Pew poll also saw millennials almost perfectly split on whether or not to ban assault weapons.

These measures give us the chance to weigh in more directly depending on how we feel about the prospect of more restrictions and the Second Amendment.

Anneliese Mahoney
Anneliese Mahoney is Managing Editor at Law Street and a Connecticut transplant to Washington D.C. She has a Bachelor’s degree in International Affairs from the George Washington University, and a passion for law, politics, and social issues. Contact Anneliese at amahoney@LawStreetMedia.com.
Share:
Related ItemsBallot MeasuresCigarettesMarijuanaMedical MarijuanaMinimum WageRecreational MarijuanaTobaccoTransportation