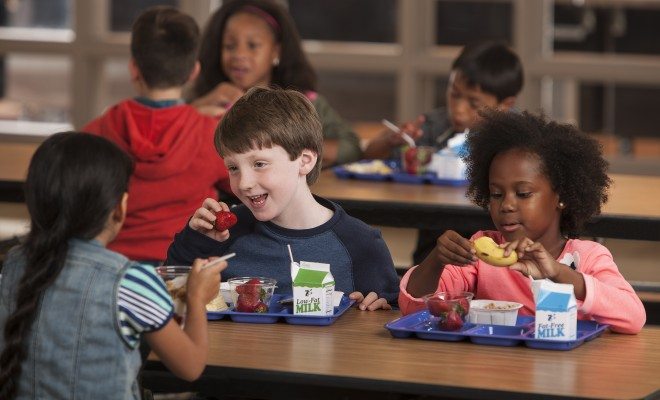 Like most topics in law school, child support is discussed first by talking about the theoretical reasoning behind it and then with a series of very dry formulas for how it actually works in practice. In theory, child support payments from the non-custodial parent are not meant for the other parent, rather it is money for the child. The custodial parent can’t bargain it away, he or she is supposed to be acting in the child’s best interest and spending the money to support the child. It is more like a responsibility that both the parents have to the child than a debt owed to the custodial parent.

Also, like most topics in law school, the real world application of the law has very little to do with supporting the rationales behind it. The goal of the collection of benefits we call “welfare” as well as child support is to provide basic necessities for children and help lift them out of poverty. But does the current system actually accomplish the goals that it is set up to accomplish?

For parents who want to receive welfare benefits, there may be a perverse incentive involved with seeking the child support that is owed to their children. Receiving child support, Social Security assistance, or having a job may leave you ineligible to receive welfare assistance. A recent feature story from the Washington Post about poverty, particularly in the deep South, illustrates the challenges faced by people who are in deep poverty but are unable to get help for their basic needs. The article’s main subject, Lauren Scott, is a single mother looking for work. Although she was not receiving child support from the father, she was deemed ineligible for welfare benefits. The other women featured, who were seeking benefits with Scott, were told not to apply for benefits if they were receiving child support payments for their children. In this particular county in Georgia, the eligibility criteria did not take into account the possibility that a person receiving child support could also still need welfare benefits–it’s one or the other.

If the non-custodial parent is able to be located, they may be “judgment proof,” which is the legal term for a situation where there is no income or property to pay off a judgment against you, regardless of how justified the creditor may be in trying to collect. If the parent lives in a state that garnishes wages for unpaid child support but doesn’t have a job in the first place, the custodial parent won’t be able to collect, even though the child is owed that support.

Many of the non-custodial parents who owe child support are, in effect, judgment proof. As of late 2015, unpaid child support in the United States was $113 billion. Most of that debt, about 76 percent of it in 2013, is owed by individuals who earn less than $10,000 a year. In her comments to NPR, Vicki Turetsky, the head of the federal Office of Child Support Enforcement, refers to the current structure for the calculation and attempted collection of child support payments as “magical thinking.” Even if a non-custodial parent declares no income when the child support order is being issued, the court will calculate what they owe based on a fictitious job–often full-time minimum wage work. Incarceration is also considered “voluntary employment” in terms of calculating child support.

Take a listen to the report here which explains how child support is calculated and some of its consequences.

Calculating child support payments based on income that does not exist and then punishing individuals for non-payment doesn’t lead to an increase in collected payments. The way that child support payments are distributed to custodial parents who receive welfare benefits may also provide a perverse incentive to those beneficiaries to not seek child support. A perverse incentive is a policy that is meant to encourage a certain positive behavior but actually provides an incentive for a negative behavior, often the opposite of the original intention. In the case of child support payments, we want children to benefit from the support they are entitled to, and when that is not enough, to supplement that with the social safety net. But by not allowing custodial parents access to both–by eliminating welfare assistance when they receive child support–we cut potential revenue streams available to that child and even encourage parents not to try to collect child support.

Many states garnish wages for unpaid child support payments. In Illinois, the state can use some of the money from the garnished wages to offset the TANF (Temporary Assistance for Needy Families) payments made to custodial parents. No more than $50 of the child support payments were actually given to the child if their parent was receiving welfare. States can use garnished wages to replenish their TANF funds, which are used for the custodial parents welfare assistance. This occurs even though, in theory, that child support is owed to that individual child from that individual parent.

The federal government allows states to pass on up to $200 dollars for two children through child support payments that are received from garnished wages, allowing that money to make it to the custodial parents. But it does not give them the discretion to give the entirety of the child support payment to a parent on welfare. So even if the state wanted to encourage a parent to seek child support while they were also receiving TANF payments, they are only able to collect some of what they are owed.

For example, Maryland is trying to forgive 10 percent of the parent’s child support debt in exchange for the completion of a month-long employment training program and then getting a job. It’s a win-win for both the state and the parent because the state has no ability to collect the outstanding debt from an unemployed person. Put simply, forgiving the 10 percent is a smart way to make collecting the outstanding 90 percent possible. It also benefits the parents who finish the program because their debt burdens are lowered and they now have a job.

Completing a Responsible Fatherhood Programs will get you another 15 percent and you can then eliminate 50 percent of your outstanding debt if you keep up to date with payments for a year. So an unemployed father in Maryland who owes $10,000 in child support debt, which he is completely unable to pay, may be able to eliminate 75 percent of that debt by participating in an employment program, a parenting class, and by showing that he can, when employed, consistently be relied upon to pay what they owe. The state did lose that $7,500 that it forgave. But going forward, the child is now receiving the support to which they are entitled. If that parent had remained unemployed, the state would have still been owed $10,000 and the debt would continue to grow. These experiments in Maryland have yielded positive results, collecting twice as much as state forgave.

The idea that parents should be financially responsible for their children is deeply ingrained in the way that our child support system is set up. The policy is designed to make sure parents are held accountable for their children The image of the “dead-beat dad” also indicates that parents who don’t pay child support do so because they choose not to, not because they can’t afford it. However, the data indicates that individuals who owe child support are typically men who make less than $10,000 a year. These are men who are unable to make the payments as they are initially calculated, especially if they are currently or have previously been incarcerated.

The system also forces many people to choose not to seek child support. When forced to choose between a potential welfare payment and a potential child support payment, many parents would choose the welfare payment. A system that reduces payments, but does not eliminate them completely, would provide an incentive for parents to seek support. Moreover, the children can only benefit if the parent is able to pay the support in the first place.

States that have begun to experiment with debt relief measures have found that they can increase the payments they receive. Other states have sought to stop the accrual of child support debt for individuals while they are incarcerated. Both of these measures have had positive results because they allow parents who owe child support to at least pay part of their debt

The underlying goal should be to help raise children out of poverty and provide for their basic necessities. By structuring systems that incentivize parents to seek–and enable the other parent to make–payments, states can increase the amount of support that children receive and lift them out of poverty.

The Washington Post: Lost Opportunity In the Deep South Part 4

NPR: Some States Are Cutting Dad’s A Deal On Unpaid Child Support

NPR: From Deadbeat To Dead-broke: The Why Behind Unpaid Child Support

Mary Kate Leahy
Mary Kate Leahy (@marykate_leahy) has a J.D. from William and Mary and a Bachelor’s in Political Science from Manhattanville College. She is also a proud graduate of Woodlands Academy of the Sacred Heart. She enjoys spending her time with her kuvasz, Finn, and tackling a never-ending list of projects. Contact Mary Kate at staff@LawStreetMedia.com
Share:
Related ItemsChild SupportPolicyPovertyTANFWelfare