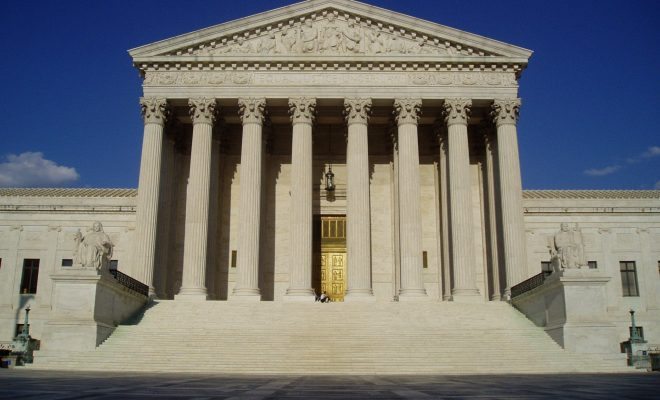 Friedrichs v. CTA: A Big SCOTUS Win for Unions, But Not Over Yet

Since 1977, unions that have been designated as the exclusive bargaining representatives for both private and public sector employees have been allowed to require all employees, union and non-union members, to pay union dues. These union dues, paid by both union and non-union members, cover the designated union’s “agency” costs, which in return, obligates the union to represent and bargain for benefits and working conditions for all workers in that unit, including non-union members. The Supreme Court has recognized that this involves “close questions under the First Amendment,” and the Court has made it clear that forcing non-union members to pay dues that would cover the union’s political or ideological activity violates the First Amendment.

Over the past four decades, this ruling of mandatory union dues found in Abood v. Detroit Board of Education has been constantly criticized and challenged in the Court. Recently, in Friedrichs v. California Teachers Association the Supreme Court was posed with the question by a group of California teachers on whether requiring non-union members in the public-sector to affirmatively opt out of paying nonchargeable portions of the agency fees each year violates their First Amendment rights. Read on to learn the effects of the Supreme Court issuing a decision with only eight justices, and to take a look at the court’s decision

In 1977, the Supreme Court unanimously held in Abood v. Detroit Board of Education, that public workers have the right to join together and form a union that exclusively represents them in collective bargaining negotiations. The court also ruled that union members can vote to collect a “fair share” fee from all workers who receive union benefits “germane” to collective bargaining, which are “service charges used to finance expenditures by the union for collective bargaining, contract administration and grievance adjustment purposes.” This means that when workers vote to form a union, they can also decide that “all workers, regardless if they are union members, should share the cost of union representation, since all workers benefit from the bargaining agreements” according to AFSCME. However, the Court did determine that the First Amendment requires unions to provide workers with a means of opting out from dues that are not “germane” to collective bargaining. Meaning, workers must have a means to opt out of paying for dues related to political activities, including, activity related to political views, on behalf of political candidates, or toward the advancement of other ideological causes. According to SCOTUS:

The Constitution requires that a union’s expenditures for ideological causes not germane to to its duties as a collective bargaining representative be financed from charges, dues or assessments paid by employees who do not object to its advancing such causes and who are not coerced into doing so against their will by the threat of loss of governmental employment.

Following this decision, in 2012, in Knox v. SEIU, the Supreme Court determined that the longstanding precedent that the First Amendment demands that non-union members covered by union contracts be given the chance to “opt out” of special fees, was insufficient.  In a 7-2 decision, the majority ruled that it’s unconstitutional to allow a “public-sector union to impose a special assessment without the affirmative consent of a member upon whom it is imposed.”

The next major case heard in the Supreme Court in 2014, Harris v. Quinn, the Court held that “personal assistants” that provide homecare services cannot be compelled to pay dues to a union they do not wish to join, since they are hired and fired by individual patients and work in private homes. Since these home health care workers are not truly state employees, yet they are “partial-public employees,” Abood should not apply, and thus these partial-public employees are not required to pay partial dues known as “agency fees.” This Court’s decision led some unions to believe that the Court may be ready to overturn Abood and free all public-sector workers from compulsory dues. To gain a perspective of the effects of this ruling, the year following this decision, SEIU Healthcare Illinois, Indiana, Missouri, Kansas, which originally claimed about 60 percent of the caregivers in the state subsidy programs covered by this case, later reported that it only represents 30 percent of the state subsidy caregivers (about 13,000 in-home Illinois caregivers left SEIU) and cost the SEIU an estimated $5 million in member dues.

This case was brought by 10 California teachers, including Rebecca Friedrich who was the lead plaintiff, and a teachers group, Christian Educators Association International in California. According to California law, public employees who refuse to join unions must pay a “fair share service fee” typically equivalent to the dues members pay. The fees are meant to pay for some of the costs of collective bargaining.

In January 2016, the oral arguments were delivered for this case.

The plaintiffs tried to convince the Court to overturn Abood by arguing that agency fees violate their First Amendment rights, because bargaining with the state is no different from lobbying, as it is “inherently political.” They further argued that California Teachers Association does not “represent their interests on bargaining issues covered by fair-share fees.” Thus, California should not force them to financially support a union they disagree with. The Center for Individual Rights, who represented these plaintiffs stated that:

Typically, California teacher union dues cost upwards of a $1,000 per year. Although California law allows teachers to opt-out of the thirty percent or so of their dues devoted to overt political lobbying, they may not opt out of the sixty to seventy percent of their dues the union determines is devoted to collective bargaining. Requiring teachers to pay these “agency fees” assumes that collective bargaining is non-political.  But bargaining with local governments is inherently political. Whether the union is negotiating for specific class sizes or pressing a local government to spend tax dollars on teacher pensions rather than on building parks, the union’s negotiating positions embody political choices that are often controversial.

On the other hand, the defendants in this case, California Teachers Association, argue that, according to Huffington Post, that:

Since unions must represent members and non-members, it’s appropriate to require all who benefit from negotiations to share the costs. The loss of money from “free-riders” – those who benefit without paying – would threaten a union’s ability to effectively represent employees.

Furthermore, the defendants argued that they represent the views of the majority, and anyone who disagrees can speak up. They also say the plaintiffs:

Are simply wrong in declaring that it ‘does not make a First Amendment difference’ whether speech is part of lobbying the Legislature to enact a law or of negotiating a contract with the public employer. […] unlike lobbying, collective bargaining is a process of making binding collective agreements with obligations on both sides.

During and after the oral arguments, the court’s conservative majority appeared “ready to say that forcing public workers to support unions they had declined to join violates the First Amendment.” Justice Antonin Scalia was said to be the swing vote for this case. He had a history of endorsing union’s positions, but during the oral arguments for Friedrichs, Scalia “tore into core arguments made by the union and government attorneys.” Despite Scalia’s passing in February, the Court moved forward and handed down their decision at the end of March, with a 4 to 4 tie. A split decision at the Supreme Court level means that the lower court’s ruling will be upheld and the laws will be left in place until a future case challenges this issue. Thus, in the meantime, Abood will not be overruled and the 25 states and D.C. that require compulsory union dues can lawfully continue to require non-members to pay agency fees to support union’s collective bargaining agreements.

The Center for Individual Rights announced that it will request a rehearing. According to the Supreme Court rules, a rehearing request must be filed within twenty-five days following the March 29th ruling. According to SCOTUSBlog: “It would require the votes of five Justices to order such a reconsideration, and one of the five must have been one who had joined in the decision.”

Though this is a grand victory for unions, the future of unions is still up in the air and largely depends on who replaces Scalia. Until then, the tension will continue between union supporters and anti-union advocates.

SCOTUS Blog: Argument Preview: Is Abood in Trouble?
The Atlantic: What will become of Public-Sector Union’s Now?

On Labor: Cases in the Pipeline: Challenges to Union Security Clauses

Ashlyn Marquez
Ashlyn Marquez received her law degree from the American University, Washington College of Law and her Bachelor’s degree from The New School. She works in immigration law and has a passion for worker’s rights, tacos, and avocados. Contact Ashlyn at Staff@LawStreetMedia.com.
Share:
Related ItemsAboodCaliforniaCollective BargainingFriedrichsScaliaSCOTUSSupreme CourtTeacher's UnionUnions