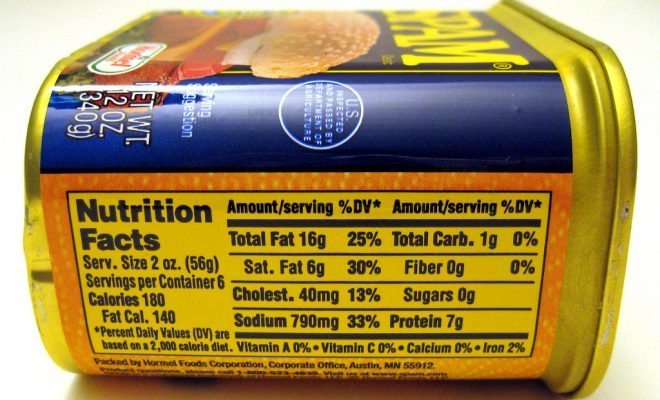 Yes or No? GMO Labeling Is Not That Simple

Our adventures in genetics began with a monk named Gregor Mendel.  Mendel systematically bred pea plants to demonstrate the concepts behind genetic transmission before “gene” was even a word. He brandished a paint brush to cross breed plants that exhibited inheritance of exciting traits like wrinkly peas and inflated pods. Mendel was confined to pea plants in his search for potential traits. Today, we aren’t bound to the same species in our search for traits. We can bend the rules of nature as we know them using recombinant DNA technology. Welcome to the world of genetically modified organisms.

GMO is more than just a backwards OMG. GMO stands for genetically modified organism. Other terms used to describe them include bioengineered, transgenic, genetically engineered (GE), or just genetically modified (GM). All of these terms describe an organism created through genetic engineering. Genetic engineering allows us to transfer genes that yield desirable traits from one organism to another. Technology has granted us power to cross species barriers, so unlike Mendel, we don’t have to choose traits from just one species.

How are traits transferred?

Genetic engineering uses recombinant DNA technology to splice a piece of DNA from one species and insert it into the DNA of another species. Scientists identify the piece of DNA responsible for the desired trait, clone it, modify it to make it more compatible with the destination organism, and then insert it into the new organism. The modification occurs on a cellular level and the borrowed gene transforms to fit the destination organism’s DNA. Other methods involve repressing a gene that causes a certain characteristic, like they did to make a tomato that ripened after harvesting.

Genetic engineering enables us to create crops with ideal characteristics, taking yields far beyond the possibilities of even the most resourceful farmers. Everyone must be thrilled! Not so much. In fact, many people are concerned about what GMOs might be doing to our health. Even with hazy understanding of GMOs, worries run rampant.

Leave it to Jimmy Kimmel to delve deep into society’s perceptions of hot-button issues.

What’s behind all of these worries?

No studies have proven that GMOs pose a significant health threat. There were some false alarms, but the studies were flagged for faulty mechanisms. In the absence of clear-cut science, why are people still worried about GMOs and their health?

Most people fear that a reason to be concerned just hasn’t been found yet, not that it doesn’t exist. Common misgivings are that gene transfer might also transfer antibiotic resistance and allergens, and that GMOs might not be as nutritious as their natural counterparts. While many of these apprehensions remain unsubstantiated, they’re still putting GMOs under scrutiny.

Are we right to worry about GMOs and our health? It turns out we may not know enough. Experts agree that the completed studies fall short in meriting total confidence. GMO testing has no minimal length requirement, even for crops cultivated on a large scale. Many point to a need for more long-term, quality, and transparent studies done on possible health effects of GMOs.

This article from University of California San Francisco quotes Patrice Sutton, a public health expert, to summarize concerns regarding GMOs and public health:

“Many people could rightly look at the existing science and see that it’s extremely weak,” Sutton said. “However, weak science does not prove safety; it just demonstrates that the public health impacts of GMOs are uncertain. It’s an overall public health principle that in the face of scientific uncertainty to expose everybody to something is a legitimate concern that should give us pause.”

Some contend that labeling food containing GMOs could fill in information gaps. After all, 97 percent of edible GMOs are cultivated in the United States and South America where no labeling requirement exists. Without labeling, long term studies and traceability are impossible. Which leads to our next point…

Should we label GMOs?

The FDA says “no” and hasn’t changed its mind since 1992. It adheres to substantial equivalence, the concept that a GMO doesn’t merit concern if it’s substantially equivalent to an existing food. This view was challenged in the court case, Alliance for Bio-Integrity v. Shalala. The court sided with the FDA, deferring to  its technological expertise in this complicated matter.

These decisions did little to quell budding concerns from the public. Today, 93 percent of Americans desire GMO labels on food, according to an ABC News poll.

The “yes” people rally behind the “right to know” battlecry, using it as the basis for GMO labeling initiatives. They believe consumers have a right to know what their products contain and make informed decisions for themselves.

At present, GMO ingredients in food are credence qualities — those that a consumer cannot evaluate let alone leverage in their purchase decisions. Labeling proponents say consumers can’t make informed decisions at the point of purchase without labels.

Doctors have also chimed in on the “right to know,” asserting that GMO labeling could affect how they study and treat their patients. It could be challenging to detect potential health impacts, including food allergies, if consumers don’t know what they’re eating.

Of course the worries mentioned above — allergies, antibiotic resistance, and nutrition — also factor into the “yes” arguments. Without labeling, it will be taxing to discern if these worries ever manifest as realistic concerns.

The “no” people suppose that a consumer’s “right to know” could lead to a consumer’s “right to be confused.” They think labels might give people a false reason to worry since no evidence suggests GMOs are harmful to health. A label doesn’t guarantee an informed consumer, especially when people are already confused. Furthermore, some argue that a GMO label only treats a symptom of consumers’ grander problem with industrial farming techniques.

And there’s more where that came from. The “no” people have a whole laundry list of concerns surrounding GMO labeling. Here’s a preview:

So that covers “yes” and “no,” but the question of GMO labeling is far too complex for  monosyllabic responses. The decision packs a load of potential economic, legal, and societal implications.

From lawyers to farmers, this NPR spot explores why voters in Colorado and Oregon are answering “yes” or “no” to the deceptively simple question of GMO labeling that they’re facing on upcoming ballots:

There you have the gist of both sides. Now, what decisions have actually been made concerning GMO labeling?

States are buzzing with proposals to require GMO labeling. The Center for Food Safety keeps track of the status of proposed bills on this page if you’re curious. So far, GMO labeling bills have been rejected in California and Washington. Connecticut and Maine have passed laws, but they lack potency until neighboring states also pass labeling laws. Vermont stands alone as the only state to pass a GMO labeling law, no neighbors required. The labels will start popping up in 2016. Or maybe not. Food manufacturing heavyweights have filed a lawsuit against Vermont’s GMO labeling law. The groups purport that Vermont exceeded its constitutional authority by forcing costs and undermining the authority of federal agencies like the FDA. The results of the lawsuit will determine the temperature of GMO labeling measures in other states. Oregon is up to bat next as it makes a statewide ballot decision about GMO labeling on November 4, 2014.

Umm…what about the rest of the United States?

If you’re thinking state-by-state labeling laws could get complicated, you’re not alone. Two bills from the 113th Congress address GMO labeling on a nationwide scale. They’re on opposite ends of the spectrum:

Some companies have decided to take GMO matters into their own hands. After all, the customer is always right!

Private companies don’t have to wait for a state or federal government to make company-wide GMO decisions. According to the NPD Group, 11 percent of primary shoppers would pay more for non-GMO products. Some companies commit to serving this hyper-concerned segment.

Will labels determine the fate of GMO ingredients?

Consumer concerns will remain regardless of decisions on GMO labeling. With most American consumers saying they deserve the right to know, the search for information will continue whether it’s slapped on the front of a package or not.

But GMO labeling decisions and subsequent market reactions could determine if GMO technology skyrockets or stalls.

What will GMOs mean to future generations? A Pandora’s Box of unnatural selection? A budding innovation that ends world hunger? Right now, we really don’t know. In this circumstance, not knowing simply means we have many more exciting things to learn in the years to come.

Choices: Genetically Modified Organisms: Why All the Controversy?

National Geographic: The GMO Labeling Battle is Heating Up–Here’s Why

WebTV: Food Fight: The Debate Over GMOs in Colorado

Slate: The Price of Your Right to Know

NPR: Voters Will Get Their Say On GMO Labeling In Colorado And Oregon

AgBioForum: Labeling Policy For GMOs: To Each His Own?

Science Meets Food: What You Need to Know About GMOs, GM Crops, and the Techniques of Modern Biotechnology

Ashley Bell
Ashley Bell communicates about health and wellness every day as a non-profit Program Manager. She has a Bachelor’s degree in Business and Economics from the College of William and Mary, and loves to investigate what changes in healthy policy and research might mean for the future. Contact Ashley at staff@LawStreetMedia.com.
Share:
Related ItemsFarmingFDAFoodFood LabelsFood RegulationsGMOGrocery StoreOrganic