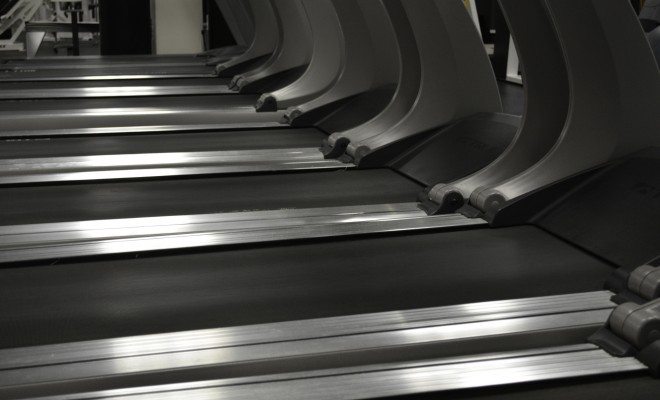 Should the Government Be Involved in Promoting Healthy Lifestyles?

Nearly 70 percent of American adults are overweight or obese. We spend trillions of dollars every year on healthcare and about half of that budget is spent treating so-called lifestyle diseases like diabetes and heart disease, types of which are largely preventable. The traditional image of a person in poverty being thin with hunger no longer rings true in the West and the developing world. The phenomenon of “fat with hunger” is now on the rise–people who can only afford cheap, processed carbohydrates that are bereft of nutritional value. They are consuming enough calories to live but they aren’t getting the appropriate nutrients to live well.

The problem is both cultural and personal. Americans have become more inactive in our jobs and our leisure activities and many people find it difficult to incorporate exercise into their schedules on top of their other responsibilities. In many areas, people are trapped in food deserts, where they have no access to nutritious options, or they simply cannot afford the types of foods they should be eating or a gym membership. These realities prevent many Americans from living a healthier lifestyle. But like other unhealthy habits, the structure of society can only take so much of the blame. Individuals still have a personal responsibility for their health.

If that is the case, how far should the government go to promote healthy choices? There are several tools that the government can use to encourage citizens to make certain choices. It can provide tax breaks or cash incentives, advocate, re-design cities, and punish those who don’t comply. But how much do we want the government to “help” us make good choices?

In policy making, as in diplomacy, there are carrots and sticks–where “carrots” are rewards and “sticks” are punishments. Both are used to incentivize positive behavior. Ideally, people will behave in such a way as to avoid the stick and/or get the carrot, and that behavior will benefit them and society. Mexico, which now has a rate of obesity similar to the United States, uses the carrot approach in Mexico City, where riders who do 10 squats are able to ride the subway for free. It’s a direct and immediate incentive to do some exercise. Mexico is also using the stick approach by taxing highly caloric food and beverages.

Take a look at this explanation of what Mexico is doing from PBS:

The program in Mexico is a good example of the four tools governments have at their disposal: direct policy and physical changes, financial rewards, financial punishments, and advocacy. Mexico gives free subway rides to participants, taxes products it doesn’t want citizens to consume, builds new public gyms in cities, and uses the bully pulpit to promote healthy lifestyles.

The United States is using some of these methods as well. In her Let’s Move campaign, First Lady Michelle Obama takes advantage of her unique ability to communicate with the public to advocate for increased physical activity and healthy eating, particularly for children and adolescents. She has taken some flak for her efforts but many Americans are supportive of public figures using their stature to promote healthy living.

Cities in the United States are also taking their own steps to change behavior. For example, Washington, D.C. is going to eliminate fees for residents in city gyms. It cuts revenues for the city, but officials believe that in the long run it will save money in terms of costs for treating chronic diseases that are associated with obesity. If free access to a gym encourages individuals to exercise who otherwise would not, those individuals will be healthier and it will cost less to treat diseases. Free gym access is not as direct a financial benefit as a free subway ticket, but it is an example of a direct financial reward that a city can offer to mold behavior. In Chicopee, Massachusetts, city employees can earn $25 dollars a month for walking 7,000 steps a day, five days each week. The cash incentives seem to work as participation increased significantly after a financial reward was put in place.

D.C. is also considering adding more bike lanes in areas where residents are commuting to work via bicycle, to further encourage this behavior. These changes are sometimes met with tension–bike lanes can reduce available street parking and may favor one group of citizens over another–and sometimes these proposals are viewed along racial and socio-economic lines. In D.C., altering the city’s landscape could adversely affect older, black residents in those neighborhoods who do not tend to bike to work. On the other hand, the understanding of who is actually biking to work may be mistaken.

Companies actively market products that contain high levels of salt, sugar and fat to consumers. They have tapped into a delicious, deadly, and biologically motivated combination of chemicals that keep consumers coming back for more. Anyone who has ever had fast food can appreciate the unholy alliance of the salty and the sweet and food companies profit from the natural human tendency to seek out highly caloric food as a means of survival. The marketing of these products is part of the issue with the rise of obesity, according to Michael Moss the author of “Salt, Sugar, Fat: How The Food Giants Hooked Us.“

Watch the video below as Moss talks with a former CDC official on PBS NewsHour.

It is precisely the “heavy users” who we want to dissuade from purchasing fast food or unhealthy food in grocery stores. Taxes on these foods, like the ones used in Mexico, can alter these consumption patterns. But they might just be making it more expensive for people to purchase the foods they want or the only kinds of foods they have access to. These taxes are also difficult to achieve politically, with backlash from both consumers and the food industry.

Oklahoma City, a community where obesity rates have tripled in two decades, has made some progress in combatting obesity, but it did not have the political will or ability to do so by challenging the fast food industry. The principle way that Mick Cornett, the mayor of Oklahoma City, chose to combat obesity in his city was through the encouragement of individuals to take personal responsibility for their actions and to make better choices. Instead of taxing soda, or limiting the amount that can be sold, the emphasis was placed on encouraging people to not order a 40-ounce soda, even though they can.

The argument of personal choice also applies to school lunches. For example, in Oklahoma City, officials need to determine options to offer children. Kids want to eat burgers, pizza, and other unhealthy foods, which parents may not want their children consuming on a daily basis. But those are often the more affordable options to make, and what the kids will eat. Big businesses like Tyson, which supplies the chicken for Oklahoma City schools, have a stake in school menus. There are also cultural clashes that make encouraging healthier options more difficult.

Oklahoma City faces the same problems that America in general faces when combatting this issue: a powerful and well-organized lobby that fights against taxing sugar and fat as well as an addiction not just to their products but to the profits and tax revenue that they generate. Oklahoma City relies on fast food companies like Sonic to provide jobs that produce sales tax revenue because their budget is entirely made from sales taxes. Cities that are funded this way want fast food restaurants to move there, which means not having additional vice taxes on their products. Then they also have the added incentive to encourage people to eat there; creating a tug of war between the desire to keep citizens healthy and keep city coffers full.

Placing a prohibition on the consumption of sugar and fat may not be the answer to the obesity epidemic. In New York City, the court rejected a ban on how many ounces of soda a business can sell in a serving and Americans find restrictions on freedom when it comes to food to be unpalatable. But there are other means that governments can use to incentivize people to make different decisions when it comes to their food and health-related habits.

Given the political headwinds that cities face when taking on food companies it may be more effective to address the issue of exercise more directly rather than taxing unhealthy foods. These taxes are unpopular and can punish the very populations that these policies seek to help, even if they do have some success. By contrast, making it easier for people to have access to fitness classes and exercise in their communities can help save money in the long run. Doing so may also feel less invasive to people worried about the extent to which government is trying to govern our choices.

Slate: You Should Get A Tax Deduction For A Gym Membership

PBS: Did You Know? The Story of Theodore Roosevelt

Washington Post: More Than 20 percent Of Residents Bike To Work in These Three D.C. Neighborhoods

Politico: How America’s Top Junk-Food City Went On A Diet (And Fattened Its Economy)

Mary Kate Leahy
Mary Kate Leahy (@marykate_leahy) has a J.D. from William and Mary and a Bachelor’s in Political Science from Manhattanville College. She is also a proud graduate of Woodlands Academy of the Sacred Heart. She enjoys spending her time with her kuvasz, Finn, and tackling a never-ending list of projects. Contact Mary Kate at staff@LawStreetMedia.com
Share:
Related ItemsFast FoodHealth IncentivesSales TaxTaxesVice TaxWellness