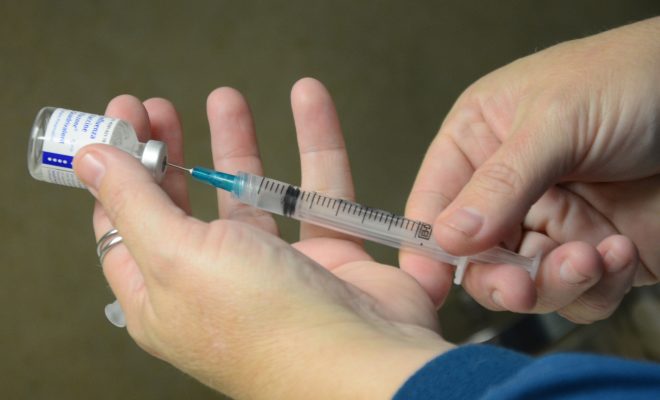 Feeling Okay? The History of the Flu and Flu Vaccines

Fall has started and along with it comes several long-anticipated events like football season, changing weather, and Thanksgiving. But there’s something else associated with this time of year that no one is looking forward to–flu season. Despite being seemingly innocuous, the flu is one of the greatest scourges in the history of mankind and is still a potent killer. It has also given rise to a billion dollar vaccine industry bent on stopping it.

Read on to find out more about the history of the flu, the flu vaccine, and the business that it has spawned.

The History of the Flu

Human beings have been victims of the flu or influenza for as many as 6,000 years. While no precise date is readily available, it is believed that once humans started to domesticate animals they also started acquiring the flu from them, as many animal species carry flu strains. The name “influenza” originated in eighteenth century Italy where its outbreak was blamed on poor air quality.

Although the existence of the flu has been known for centuries, it is only within the last hundred years that it has been clearly identified. In 1918, a veterinarian actually discovered that a disease found in pigs was similar to one found in humans. In 1928 other researchers proved, through experiments on pigs as well, that the mysterious killer influenza was actually caused by a virus. Still, it was not until 1933 that scientists finally identified the specific virus that caused influenza.

The video below gives an overview of the history of the flu:

Although the flu is commonly referred to as a monolithic thing, it is actually a combination of related viruses. There are two main types of flu virus: H-types and N-types. These letters correspond with genetic markers for two glycoproteins, hemagglutinin (H) and neuraminidase (N), which are the antigens the host of the virus develops an immunity to. Along with these are three major strains: A, B, and C. The A strain is the one that causes major outbreaks that lead to widespread deaths. There is also a D strain, which primarily infects cattle and is not known to harm humans.

The reason why the flu is so deadly is because of its genetic makeup. Since the genetic code of the influenza virus is made of RNA and not DNA, the viruses replicate very quickly and are more prone to mutations. Thus, viruses can change numerous times before a human, for example, can even build up an immunity to the original virus. This is done through two processes. The first is called antigenic drift, and it occurs when mutations change the virus over time eventually making it so immune systems can no longer recognize it. The second is called antigenetic shift, which involves a dramatic change in the composition of the virus, like combining with an animal subtype, which is often the process that leads to pandemics.

The flu generally hits elderly people, those with asthma, pregnant women, and children the hardest. For anyone who has had the flu before, the symptoms are familiar: fever, chills, coughing, sore throat, achiness, headaches, fatigue, vomiting, and diarrhea. The virus is usually transmitted through the air via respiratory droplets, but can also move through physical contact. Some people who get the flu are asymptomatic meaning, while they have the flu, they do not experience the typical symptoms, yet can still get others sick. The flu also triggers several related complications including, pneumonia and sinus and ear infections. It can worsen existing medical conditions such as chronic pulmonary diseases, or cause heart inflammation.

While the flu is perceived as commonplace and not particularly dangerous today, it is still one of the deadliest viruses in human history. During the 16th and 18th centuries, there were a number of massive and deadly outbreaks. Since 1900 there have been four major flu pandemics. The Asian flu lasted from 1957-1958 and killed one to four million people. The Hong Kong flu circulated from 1967-1968 and killed one million people. The third was the Swine flu, or H1N1, which broke out in 2009. The greatest outbreak by far, though, was the Spanish flu that broke out in 1918, right on the heels of World War I. The epidemic killed as many as 50 million people worldwide, more than the war itself.

The accompanying video looks at the deadly 1918 pandemic:

Aside from these major outbreaks, the flu remains a virulent threat. Although it is hard to pinpoint exactly how many people die each year from the flu, the CDC estimates that more than 55,000 people died from influenza and pneumonia in 2015. But that is an estimate and the numbers often vary. An earlier estimate for the flu alone, by the CDC, put the yearly average somewhere between 23,000 and 33,000. The discrepancy is caused by outliers in yearly totals and different strains that respond to the flu vaccine differently.

If someone catches the flu there is little that can be done for them. Infected people can take over-the-counter remedies and in certain cases can even be prescribed antiviral medications, although many strains of the virus have grown immune to such treatments. Generally, the only way to consistently ward off the flu is by trying to prevent it in the first place with a flu vaccine.

Developing the flu shot has been a long process and one that is still in progress. The first step was on the heels of two important discoveries–scientists managed to grow the flu virus in eggs for the first time in 1931 and were able to isolate the virus itself in 1933. While Louis Pasteur was the first to actually attempt to make a flu vaccine, it was a Soviet researcher in 1936 who developed the first prototype. While this vaccine was used in the former USSR for 50 more years, it had the drawback of using a live strain of the flu.

However, scientists quickly overcame this by finding a new source of the dead, “inactivated” virus to use in vaccines instead. In 1940 a new problem arose as a second strain of the flu was discovered, leading to the bivalent vaccine in 1942, which targeted one A and B strain. The next major step in the development process occurred in 2007 when the source of the virus for vaccines moved from hen eggs to cell cultures, making reproduction and sterilization easier.

On top of the bivalent vaccine, trivalent and quadrivalent vaccines were developed, containing multiple A and B strains. Vaccines typically change each year because the virus itself mutates from season to season, often making old vaccines ineffective. Strains of the virus are actually monitored all year long, with the Northern Hemisphere monitoring what is circulating in the South and vice versa. When the prevailing strains are identified, a vaccine is tailored to them. Additional vaccines with other strains can also be created in emergencies. This system came about as a result of a WHO recommendation in 1973. Since 1999 WHO has issued two sets of vaccine recommendations each year, one for the Northern Hemisphere in February and one for the Southern Hemisphere in September.

The video below explains how the flu shot works:

Developing a flu vaccine and then redeveloping it each year to fight the different strains of the flu virus has been a long and arduous task. An estimated 171 to 179 million doses of the vaccine were created for the United States in 2015 alone. That amounts to a $1.61 billion industry in the United States and roughly a $4 billion one worldwide.

With an industry this large, it is fair to ask whether the pursuit of profits has overwhelmed the pursuit of health. Roughly 44 percent of Americans received the vaccine in 2015 and the shot is considered the best way to fight the flu. But because of the difficulty of matching the vaccine to the dominant strains, it is only 50 to 60 percent effective. Furthermore, there are different types of vaccines sold depending on how many strains the shot will protect against.

Each year, millions of people are infected with the flu and thousands or even tens of thousands die. It took centuries to identify the virus and much of what we know about the virus was discovered in the last hundred years. Given the nature of the virus and the rate at which it mutates, vaccines often have a hard time keeping up. The international community has developed a sophisticated monitoring system to identify and track new strains of the virus to ensure that vaccines are as effective as possible. But because of the frequent changes, new vaccines must be developed each year, prompting the development of a substantial industry.

WHO: Influenza: Surveillance and Monitoring

NPR: How Many People Die From Flu Each Year? Depends How You Slice The Data

CNN: Getting a Flu Shot? It may be Better to Wait

The History of Vaccines: Influenza

Medscape: The Evolving History of Influenza Viruses and Influenza Vaccines

CNBC: The $1.6 billion Business of the Flu

Flucelvax: History of the Flu Virus and Influenza Vaccination

Michael Sliwinski
Michael Sliwinski (@MoneyMike4289) is a 2011 graduate of Ohio University in Athens with a Bachelor’s in History, as well as a 2014 graduate of the University of Georgia with a Master’s in International Policy. In his free time he enjoys writing, reading, and outdoor activites, particularly basketball. Contact Michael at staff@LawStreetMedia.com.
Share:
Related ItemsFlu VaccineInfluenzaPublic HealthThe FluVaccinesWorld Health Organization