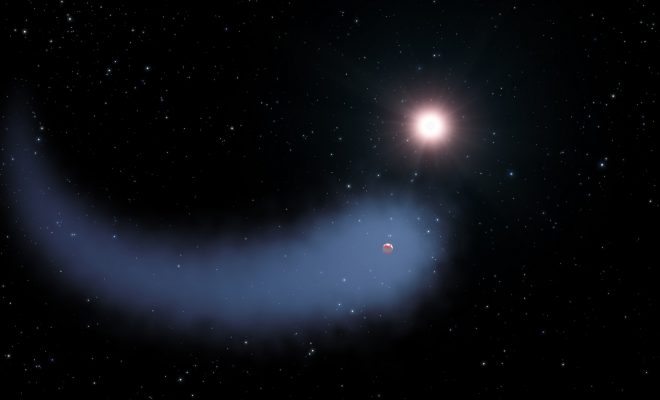 As the saying goes, what was once old will eventually become new again. It is not surprising then that three years after the United States–the world leader in space exploration–ended its shuttle program and in essence shuttered its space program altogether, the nation is poised to begin anew with the unveiling of its new rocket system. This time around the United States will be joined in space by an ever larger group of nations and space agencies hailing from Russia, India, China, Japan, and various European nations, just to name a few. Space exploration is also undertaken by private groups that hope to emulate national space agencies or carve out their own niches in space tourism. In short then, space exploration appears to be experiencing a renaissance. Nevertheless, in order to boldly go where no man has gone before first it is necessary to understand where we began, where we are, and what’s next on the launch pad.

The space race initially kicked off in 1957 when the Soviet Union became the first nation in the world to successfully launch a satellite, Sputnik, into orbit. The United States followed suit less than two months later with its own satellite, Explorer 1. In 1961 the race went to the next level when cosmonaut Yuri Gurgen became the first person in space. Once again the Americans were in close pursuit sending their first astronaut, Alan Shepard, into space less than one month later. The competition between the two nations continued to intensify culminating in the first lunar landing by the United States in 1969. Watch the video below for more information about the space race.

While the Soviets and eventually the Russians continued to use various models of the Soyuz rockets, beginning in 1981 the United States launched the first shuttle mission, the world’s first reusable spacecraft. Over the course of the next thirty years the United States conducted 135 missions with the space shuttle including everything from transporting parts of the international space station and satellites to conducting experiments. The space shuttle program itself came to an end in 2011. Since the original race between the two countries, space has opened up to a larger number of entries.

In fact most countries have a space program of some sort; however, very few still have anything close to the capabilities of the American or Russian programs. Even today more than fifty years after the first manned space flight only three countries have proven that they possess the ability to put a human into space: the United States, Russia, and China. Furthermore, China only relatively recently acquired the capacity to send humans to space, which it did with its first manned space mission in 2003. In fact even sending an object into space remains an elusive goal, and the list grows only slightly longer–nine–when it includes the number of countries capable of launching objects into orbit. However, there is more to space exploration than manned flight and as recent events suggest space exploration is intensifying.

Where We Stand Now

When the United States space shuttle program ended in 2011 it seemed to signal the end of an era as more than 40 years after landing a man on the moon the driving force for space exploration was given up in order to focus on more terrestrial concerns, like budgets. Nonetheless, in the past few months the tide has seemed to signal a turn.

On November 12, 2014 scientists from the European Space Agency successfully landed the first ever object on a comet, completing a ten-year mission. Coupled with this success is the scheduled launch of the first Orion Rocket by NASA on December 4. This launch signifies more than just the United States reentering the space race, but also an ambitious plan that one day hopes to culminate in bringing people to near earth asteroids and even Mars. The video below details the Orion space program to come.

Coupled with these efforts is the continued work by other nations, such as Russia, which the United States has relied on heavily for resupplying the International Space Agency since the U.S. terminated its program. Another is China, which recently completed work on a new launch pad and during one week in October had three separate launches. India successfully landed a rover on Mars, becoming the first Asian country to do so. As these and even more examples show space exploration efforts by governments are in full swing, commercial enterprises are also taking an ever increasing interest in space as well.

Along with government efforts, corporations and private individuals have increasingly been competing to stake their own claim to space. The two most successful so far are SpaceX and Orbital Sciences Corp. Both of these companies have already received multi-billion dollar contracts from NASA for cargo flights to the International Space Station. SpaceX is seeking to go even further by establishing a reusable rocket required to travel to and colonize Mars.

Along a slightly lower trajectory Richard Branson and Virgin Galactic are aiming for a different market. Instead of ferrying supplies and establishing colonies, Branson is attempting to turn space flight into the ultimate consumer experience. Branson, along with Microsoft co-founder Paul Allen, is attempting to develop a ship that for $250,000 per person will take people into low-earth orbit. The video below gives a peek into private space exploration.

While government and private efforts for space exploration ramp up and meet with new success, there is also a significant price to pay. First off this price can be physical, as recent accidents have shown. On October 29 an Orbital Sciences rocket intended to resupply the International Space Station exploded seconds after takeoff above its launch site in Virginia. Not only did this highlight NASA’s current reliance on outsourcing its space flights and on using Russian equipment, it also brought into question the use of private space companies for missions.

This question was only further exacerbated mere days later when Space Ship Two, the craft Branson hoped to use in commercial space flight, crashed in the Mojave Desert killing its pilot. As these two crashes show, setbacks in space travel are common, expensive, and even deadly.

The second major concern with space exploration is also physical; this time, however, that is with regard to a physical budget. In 2013 the United States spent about $40 billion on all space-related activities. This number seems very large compared to the second highest spending country, China, at $11 billion; however, of the 40 billion around only 18 billion was allocated to NASA. Even if the entire allotment had gone to the space agency it is still just a small portion of the overall US budget. The reduced and insufficient funding that NASA has to operate with has forced it to do much of the outsourcing it is criticized for when commercial crashes do occur. Thus while space exploration enjoys a second wind it is continuously in danger of being underfunded and will be riddled with costly setbacks that the public may not have the stomach to suffer.

More than 50 years ago President John F. Kennedy gave a speech at Rice University in which he extolled why the United States was going to the moon. As he said so eloquently then:

These were powerful and prophetic words for a generational change that nearly tore the country apart. But what didn’t kill the United States then only made it–and the rest of the world–stronger too. Now in 2014 we find ourselves in similar conditions, overrun with uncertainty. At moments like these as the president alluded to it is easy to hide and not embrace change. As the recent uptick in space exploration has shown, there are many governments, groups, and even individuals ready to answer the challenge. Through the continued collaboration of these characters perhaps it will be possible to travel to infinity and beyond.

Windows to the Universe: A History of Manned Space Missions

Space Answers: How Many Countries Have Rockets Capable of Reaching Space?

NBC: Testing NASA: How Space Exploration Will Work in the Orion Era

Discovery News: Philae May Have Grazed a Crater and Tumbled over Comet

Michael Sliwinski
Michael Sliwinski (@MoneyMike4289) is a 2011 graduate of Ohio University in Athens with a Bachelor’s in History, as well as a 2014 graduate of the University of Georgia with a Master’s in International Policy. In his free time he enjoys writing, reading, and outdoor activites, particularly basketball. Contact Michael at staff@LawStreetMedia.com.
Share:
Related ItemsChinaColonyMarsNASARichard BransonRussiaSpaceSpace ExplorationSpace TravelSpaceX