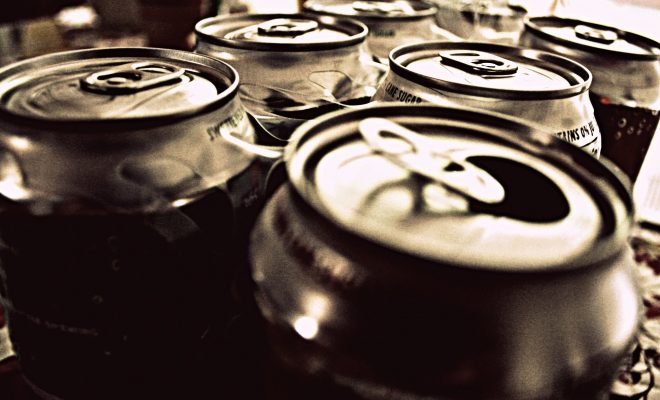 Are Soda Taxes the New Sin Tax to Combat Obesity?

About a decade ago, public health researchers started advocating for implementation of a soda tax to combat consumption of sugary drinks. Soda intake has long been linked to the exacerbation of a series of potentially avoidable health problems including: obesity, diabetes, and tooth decay. After the recent election, four more U.S. cities voted to adopt a soda tax, spreading this new “sin tax” to more areas across the country. With more than one-third of American adults currently classified as obese, soda taxes could become a go-to method for combatting obesity, while simultaneously generating revenue for state budgets to fund local programs.

What are Sin Taxes?

Sin taxes are state-sponsored taxes that are added to specific products that are generally seen as vices, such as gambling, alcohol, and tobacco. In essence, by utilizing financial means, the government attempts to discourage individuals from engaging in a specific activity or using specific products without actually making those products or services illegal. Sin taxes are often compared to Pigovian taxes, which are taxes that generate negative externalities. In tax policy, a Pigovian tax is a fee assessed against private individuals or businesses for engaging in a specific activity; a negative externality occurs when an economic actor does not fully internalize the cost of activity. A simple example of a Pigovian tax is a pollution-related tax.

Currently, sin taxes are employed in a variety of sectors. Typically, they are added to liquor, tobacco, gambling, and other non-luxury items. There tends to be a decent amount of public support for sin taxes, as they are indirect and only affect those who use the specific products. Sin taxes are also extremely popular when trying to close large state budget gaps. Employing sin taxes for soda and sugar-sweetened beverages can help generate revenue and encourage public health initiatives. One research economist from the Research Triangle Institute has modeling data that suggests a six-cent tax on a twelve-ounce bottle of soda would lead consumers to drink 5,800 fewer calories from sugary drinks per year.

In 2014, voters in Berkeley, California passed the nation’s first soda tax, which went into effect in 2015. Additionally, in 2014, Mexico passed its own soda tax. After one year, sales of soda in Mexico fell as much as 12 percent, while bottled water purchases rose four percent. The researchers also found that while decline was seen across all socioeconomic groups, it was greatest among those who were low-income, with consumption falling 17 percent.

In the U.S., Berkeley’s tax was largely successful; research showed that soda consumption dropped in the city a staggering 20 percent. Philadelphia was the next city to follow suit, passing a soda tax earlier this year–thus becoming the first major city in the U.S. to do so. The tax, which is expected to generate $91 million annually, will be spent on pre-kindergarten programs in the city, creating community schools, improving parks and recreation centers, and libraries.

The beverage industry has fought extensively to keep soda taxes from passing elsewhere in the country. Advocates from the American Beverage Association, which represents all major soda brands, responded to the Philadelphia policy by arguing that the tax was regressive and unfairly singled out “low” and “no-calorie” beverages. In an effort to combat the tax, companies in the roughly $100 billion industry have focused their efforts on reformulating existing drinks to make them more healthy for consumers. However, even “diet” sodas are experiencing a sharp decline in sales, particularly because of increased suspicion regarding artificial sweeteners.

The World Health Organization recently recommended that governments impose soda taxes in order to combat a variety of diet-related diseases exacerbated by high soda consumption. Soda taxes were on the ballot in early November of this year in  three California cities–San Francisco, Albany, and Oakland–as well as Boulder, Colorado. The soda taxes passed in all four cities with fairly large margins of support, much to the dismay of the beverage industry. The American Beverage Association spent upwards of $9.5 million on an ad campaign opposing the measures entitled “Don’t Tax Our Groceries.”

These laws are also coming into effect at a time when soda consumption is down among Americans. In a 2014 Gallup poll, nearly two-thirds (63 percent) of Americans reported avoiding soda in their diet; in 2002 that number was only 41 percent. Moreover, over the last 20 years, sales of full-calorie soda have dropped by more than 25 percent. “Big Soda” is experiencing a substantial and sustained decline, while bottled water remains on track to overtake soda as the largest beverage category. The changing soda consumption patterns are noticeable in schools, where cafeterias and vending machines have stopped carrying regular sodas, and in many workplaces and government offices that have similarly limited sales. Soda, it seems, has now become the new tobacco: an unhealthy product that should be limited, if not outright banned, and taxed significantly.

Not everyone is a fan of soda taxes. While the American Health Association has touted the win as a huge victory, many argue that the taxes affect low-income populations the most. Sin taxes arguably have a disproportionate effect on poor and less educated communities. Since sin taxes are typically regressive in nature, the less money a person makes, the larger percentage of his or her income the taxes take. Essentially, if comparing two “pack-a-day” smokers–one lower-income citizen and one high-income citizen–one can see that the two are spending the same amount of money on cigarettes and taxes each year. The taxes on those same cigarettes, however, are taking up much more of the lower-income citizen’s paycheck.

Additionally, the beverage industry contends that more taxes are not ideal when pursuing public health initiatives. Susan Neely, CEO of the American Beverage Association, stated that consumers don’t want these taxes. She also added that the industry is committed to reducing the amount of calories and sugar in these beverages and combating diet-related issues in a variety of manners. This includes partnering with Alliance for a Healthier Generation in order to try to change behaviors of people who may be receiving far too many calories from beverages. Other strategies include an ad campaign called “Balance What You Eat, Drink & Do” that encourages people to think more readily about the calories they are consuming. The beverage industry is also working with retailers to put more low-calorie choices at eye-level, so consumers will be more likely to pick those choices.

Whether you see soda taxes as a necessary movement or not, the U.S. is certainly grappling with an obesity epidemic. Educating the public about calorie and sugar consumption is critical to combating this public health crisis, in addition to making a myriad of low-calorie, no-calorie, and low-sugar choices more readily available in a variety of communities across the country. Sometimes, the easiest way to help people make changes is by utilizing financial means, and soda taxes may be an effective way to incentivize healthier behaviors. The law of demand works in practice, not just theory: when prices go up, people buy less.

For now, soda taxes seem to be here to stay, as they find their way into more cities across the country. “Big Soda” does appear to be in serious decline, and unless the industry can find a way to keep up with the public’s changing preferences, the downward trend may continue into the future. While the amount of a given tax will continue to vary depending on the jurisdiction, the long-term effects of taxes may be even more effective if taxes are increased and become more widespread. The amount of money generated from soda taxes has the potential to be large, and using the revenue to fund desperately-needed or underfunded programs, like Philadelphia intends to do, may be an ideal solution.

Nicole Zub
Nicole is a third-year law student at the University of Kentucky College of Law. She graduated in 2011 from Northeastern University with Bachelor’s in Environmental Science. When she isn’t imbibing copious amounts of caffeine, you can find her with her nose in a book or experimenting in the kitchen. Contact Nicole at Staff@LawStreetMedia.com.
Share:
Related ItemsCaliforniacalifornia soda taxdiet-related diseaseElectionmexico soda taxObesityPhiladelphiaphiladelphia soda taxsin taxSodaSoda Taxsoda taxesTaxTaxes