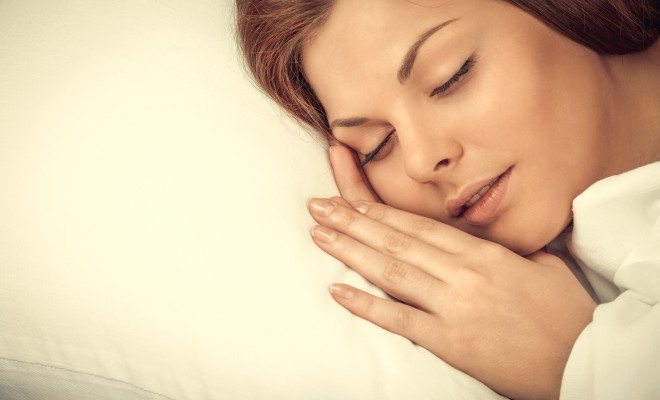 Sleep Drugs: What Every Woman Should Know

Sleepless nights; nights full of tossing and turning. It happens to all of us–but for some it’s more frequent than others. In fact, an estimated 50 to 70 million American adults suffer from sleep disorders like insomnia or obstructive sleep apnea. Many turn to prescription sleep medications for relief– but women are more likely to take sleep drugs than men. About 3.1 percent of American men and 5 percent of American women report having used a prescription sleep medication within the last 30 days.

What does this use of sleep aids mean for women? Read on to learn more about sex differences in sleep and sleep drugs.

There are distinct biological and physiological differences between women’s and men’s sleep. According to the Society for Women’s Health Research (SWHR®), sex chromosomes, as well as gonadal hormones play a role in how individuals of each sex sleep, the sleep disorders they experience, and their responses to sleep medications. Examples of sleep differences between the sexes include women being more likely to experience disorders such as insomnia and restless leg syndrome (RLS); depression, pain, and stress are more likely to cause sleep disturbances in women than in men; and women being susceptible to changes in sleep throughout their lives, particularly at points when they experience hormonal and physical changes like puberty, pregnancy, and menopause.

In 2013, the Food and Drug Administration (FDA) took a huge step by recommending sex-specific regulations for the prescription of sleep drugs that include zolpidem. This was groundbreaking in that it was the first time that the FDA had ever specifically recommended a sex-specific dosage for a particular medication. Zolpidem, which is used to treat insomnia, is found in Ambien, Edluar, and Zolpimist–all commonly prescribed sleep drugs. Zolpidem, a sedative-hypnotic, slows down activity in the brain.

The FDA reduced the recommended Zolpidem dosage for women to half of what was being prescribed. According to the SWHR:

This change in dosage was based on the discovery that women were metabolizing the same dose of drug 50 percent slower than men, which resulted in higher amounts of Ambien in women’s bloodstream leading to more excessive sleepiness in women compared to men.

Currently, the FDA is reviewing other popular sleep medications to determine if similar sex-specific recommendations should be issued for those as well.

We’ve all seen commercials for prescription drugs that recommend “talking to your doctor” before taking the advertised product, especially if currently using other medications. There’s a reason for that: drugs can interact and make other drugs less effective, causing unexpected side effects, or increasing the action of a particular drug. For women, it’s especially important to be aware of the interactions between hormonal contraception and sleep drugs.

A specific enzyme in the liver breaks down modafinil to its composing molecules, which are then eliminated in the urine. The same enzyme that is responsible for clearing the body of modafinil also breaks down contraceptives. Studies have shown that, when taken together with modafinil, the overall blood levels of contraceptives decrease by 18 percent, resulting in potentially significantly lower effectiveness of the contraceptives.

Modafinil could also lower the effectiveness of other types of contraceptives, like emergency contraceptives such as the morning-after pill.

These interactions are also particularly concerning for women who become pregnant while still taking modafinil. Because modafinil lowers the effectiveness of contraceptives, this interaction is extremely unsafe for pregnant women and could potentially cause harm to a fetus.

Some evidence suggests contraceptives can cause changes in sleep for women. According to a 2001 study published in the European Journal of Physiology, oral contraceptives can affect sleep cycles and raise the body temperature of young women–another factor that plays a role in how well an individual sleeps. A woman’s menstruation cycle can also affect her body temperature, and therefore, how well she sleeps.

Women aged 55 and older are more likely to report sleepiness than men, and on average report 20 minutes fewer sleep per night than men. Post-menopausal women also report more fragmented sleep–they have a harder time staying asleep for long periods of time without waking up. According to the UCLA Sleep Disorders Center, physical factors can also disturb a post-menopausal woman’s sleep, such as arthritis and other pain-related conditions, chronic lung disease, heartburn, and a need to urinate more frequently.

But women aren’t alone in experiencing differences in sleep as they age–men do as well. As a result, both older men and women use sleep aids, which are often over-the-counter products. According to SWHR:

A recent health and wellness survey shows that 35 percent of people 60 years or older take OTC sleep medications at least 20 days a month. And 70 percent of them take OTC pain and sleep combination products, increasing the amount of the active ingredient in their system. This growing practice of self-medicating with OTC sleep products in an off-label way is alarming.

The FDA is continuing to recognize that sex-differences are important when it comes to not only the differences in how American women and men sleep, but also how sleep medications can affect each sex. Additionally, nonprofits have been pioneering work studying and raising public awareness of these issues. Take, for example, the SWHR Interdisciplinary Network on Sleep. Launched in 2014, the network identifies areas in sleep health in which more work needs to be done specifically regarding women. According to SWHR:

The Society for Women’s Health Research is proud to bring together this interdisciplinary group to look at the critical issue of sleep in women’s health. We need greater focus on sex differences in sleep research to improve the diagnosis, treatment, and prevention of sleep disorders for both women and men. There continues to be knowledge gaps in the medical community regarding women and sleep. This SWHR Network is helping to address those gaps and highlight the importance of healthy sleep for everyone.

Sleep is important to all of us–woman or man, young or old. But recognizing the way different hormonal and physiological factors affect how we sleep, creating guidelines for medications based on those factors, and raising public awareness of risks associated certain sleep drugs and other medications are all steps in the right direction and will help us all sleep a little easier.

Huffington Post: Why We Need to Pay More Attention to Women’s Sleep

Huffington Post: Are Your Sleep Drugs Hurting Your Contraceptives?

Guttmacher Institute: Contraceptive Use in the United States

Society for Women’s Health Research
The Society for Women’s Health Research (SWHR®), is a national non-profit based in Washington D.C. that is widely recognized as the thought-leader in promoting research on biological differences in disease. SWHR is dedicated to transforming women’s health through science, advocacy, and education. Founded in 1990 by a group of physicians, medical researchers and health advocates, SWHR aims to bring attention to the variety of diseases and conditions that disproportionately or predominately affect women. For more information, please visit www.swhr.org. Follow us on Twitter at @SWHR. SWHR is a partner of Law Street Creative. The opinions expressed in this author’s articles do not necessarily reflect the views of Law Street.
Share:
Related ItemsAmbienContraceptivesFDAFood and Drug AdministrationModafinilSleep DrugsSociety for Women's Health ResearchSWHRZolpidem