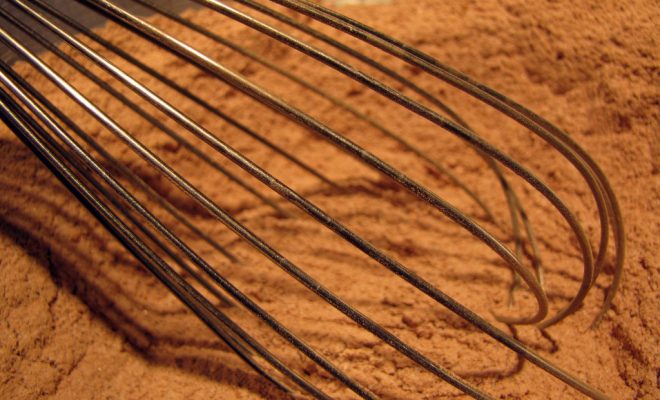 Will Snorting Cacao Powder Become Popular? The FDA May Need to Decide

While the federal government has often struggled to control drug usage, including drugs ingested via snorting like cocaine, it’s not often that officials have to make a call on snorting chocolate powder. But since Legal Lean, an Orlando-based business, recently created a product called Coco Loko, that’s exactly what the Food and Drug Administration (FDA) may need to do.

The name Coco Loko is actually a play on Four Loko, an energy drink and alcohol mix that was banned in 2010 and deemed a public health concern. Coco Loko shares plenty of similarities with its namesake, including the energy drink aspect. The fine, brown cacao powder contains taurine and guarana, which were both identified as dangerous substances in Four Loko. The energy-boosting benefits are another commonality between the two products, Legal Lean founder Nick Anderson said.

Anderson said that snorting the powder creates “almost like an energy-drink feeling, like you’re euphoric but also motivated to get things done.” The effects normally last between 30 minutes and one hour, Anderson told the Washington Post. The product, which hit shelves in June, is being marketed as a drug-free, non-addictive way to get a buzz and an energy boost.

An important distinction for the curious is that cacao powder is the purest, least processed form of chocolate while cocoa powder is the refined powder commonly found in American stores, according to One Green Planet.

Legal Lean and Anderson first became interested in developing the product after learning of the trend that was beginning in Europe. The mixture was popular in European nightclubs, culinary institutions, and even among cyclists, according to Daily Mail. Anderson said that while he was skeptical at first, he tried snorting powder and thought “this is the future right here.”

Soon after, Anderson invested $10,000 to create his own version and spent the next 10 months searching and testing for the right recipe. By June, Anderson had the right mixture and Coco Loko was on the shelves even without approval from the FDA up to this point. One tin of powder, which contains 10 servings, sells for $24.99, according to the Washington Post.

One issue that the FDA faces is that this is uncharted territory; no one really knows the risks of snorting cacao powder, Dr. Andrew Lane, director of the Johns Hopkins Sinus Center told the Washington Post. Lane expanded:

There are a few obvious concerns. First, it’s not clear how much of each ingredient would be absorbed into the nasal mucus membranes. And, well, putting solid material into your nose — you could imagine it getting stuck in there, or the chocolate mixing with your mucus to create a paste that could block your sinuses.

A spokesman for the FDA said the agency would need to “evaluate the product labeling, marketing information, and/or any other information pertaining to the product’s intended use” before making a decision. So, for now, the product can be sold even without FDA approval.

Concerns also circulated that snorting the powder could lead customers to try other drugs, but Lane said he isn’t particularly worried about that. The FDA has not decided if, or how, it will regulate consumption. Since the product is comprised of mostly chocolate, obviously a legal food, the powder may be challenging to federally regulate, according to U.S. News and World Report.

Sales have increased in recent months according to Alex P. of Exclusive Distributors, which helps spread the product nationwide. “It’s not flying off the shelves or anything, but people are definitely curious,” Alex, who did not release his last name, told the Washington Post. Anderson’s brother, a rapper who goes by Bezz Believe, claims to have helped popularize the product by his own usage and its appearance in his music videos.

For now, snorting the cacao powder is more of a silly niche than the fad that swept Europe over the past year. Its popularity remains minimal, but interest has grown in Houston and Atlanta, according to the New York Post. Now that an American-based product has been introduced into the market, popularity could increase. As popularity increases, more attention will be paid to how (and if) the FDA opts to regulate the product.

Josh Schmidt
Josh Schmidt is an editorial intern and is a native of the Washington D.C Metropolitan area. He is working towards a degree in multi-platform journalism with a minor in history at nearby University of Maryland. Contact Josh at staff@LawStreetMedia.com.
Share:
Related ItemsBusinessChocolateDrugsEnergy DrinksFDAFoodFood and Drug AdministrationFood Laws