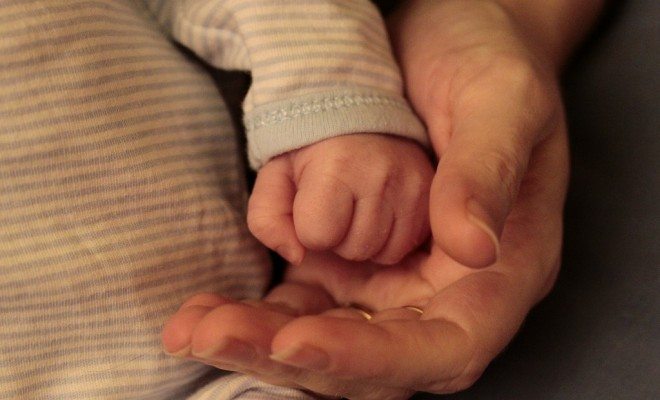 Pregnant Without Insurance? Prepare for a Big Bill

The miracle of childbirth morphs into a financial nightmare for mothers without insurance or without maternity coverage in their insurance. While we all know having a baby involves much more than a visit from the stork, you might be shocked by the convoluted web of hidden costs and insurance infrastructure behind pregnancy and early motherhood in the United States. The system favors planned pregnancy and hits unintended mothers hard with unexpected costs and complications.

A woman planning for pregnancy will surely have done her insurance research, selecting a plan to cover the services she wants for pregnancy, delivery, and the baby’s first months. Her monthly insurance premiums will probably run a few hundred more dollars per month, but she’ll be pretty well taken care of. But what happens to those who find themselves pregnant without insurance or locked into plans without maternity coverage? Let’s find out. (Hint: it’s expensive.) And since the CDC estimates about half of all pregnancies in the United States occur unplanned, many women could be burdened with heavy financial woes.

Babies: You Pay for Way More Than Onesies, Diapers, and Toys

How much does having a baby cost? WebMD gives an estimate of up to $15,000 for hospital costs alone. A report from Young Invincibles provides the whopping range of $10,000-$20,000 for delivery, not counting potentially expensive complications during pregnancy and childbirth. Finally, a Truven Health Analytics study put the bill for uninsured vaginal births at a crippling $30,000, and uninsured c-section births broke the bank at $50,000 and up. Estimates fluctuate so much because every little service involved in an American pregnancy gets nailed with a different price hinging on a number of factors. This means that every woman can wind up with a different bill depending on the care she needs, the care her baby needs, her insurance or lack thereof, the hospital she chooses, and even where she lives. This makes planning ahead challenging for both insured and uninsured women.

Even talking directly to service providers might not help matters much. In a New York Times article, Elisabeth Rosenthal recounts the struggle of one uninsured expectant mother trying to get answers:

When she became pregnant, Ms. Martin called her local hospital inquiring about the price of maternity care; the finance office at first said it did not know, and then gave her a range of $4,000 to $45,000. ‘It was unreal,’ Ms. Martin said. ‘I was like, How could you not know this? You’re a hospital.’

Pregnant women might not be able to get exact numbers, but they can expect their baby bills to be pricey.

To put it all into perspective, when Kate Middleton gave birth to Prince George, the bill was only $15,000 and Kate enjoyed a private suite, chefs, and other amenities uncommon in American maternity wards. Where Americans itemize every cost, other countries put a lump-sum premium on births.

Additionally, mothers face many other costs to “having a baby” other than just giving birth. There’s a whole slew of services involved in prenatal care like ultrasounds and other diagnostics tests moms and babies need to stay healthy. If you have maternity coverage through your insurance, many or all of these services will probably be covered. But if you’re uncovered, you could spend up to $2,000 on prenatal care alone. And the payments don’t stop after you’ve given birth. Both new baby and mom could require specialized postnatal care. If you need that, you might have to bump your tab up by a couple grand more.

The Complications of Coverage

Most individual health plans (outside of employer-sponsored healthcare) don’t include maternity coverage. Many women could easily have insurance that lacks maternity care without realizing it. They could also have maternity coverage they haven’t studied closely in the absence of baby plans, leading to many unexpected costs. Investigating maternity insurance is a formidable task, as you have to look at every detail on what the coverage will pay for before, during, and after the actual birth. Even if you do serious calculations for what percentage of the different services will be covered, you could still be surprised by the final bill as costs of medical care can change with the market.

Can you get coverage if you become unexpectedly pregnant?

The short answer? Kind of.

The Affordable Care Act (ACA) made it possible for women to sign up for pregnancy coverage in special enrollment periods. While that’s wonderful,  the coverage doesn’t go into effect until the day the baby is born which doesn’t help the mother at all for care she needs during pregnancy. I did an experiment through Healthcare.gov to see if I qualified for special enrollment under the Affordable Care Act. Sure enough, the questionnaire language read as “had a baby” and not “got pregnant.” At the end of the process, the vague answer I got from the marketplace was hardly what I would want if I were actually a pregnant woman hoping to get coverage:

It looks like you may qualify for a Special Enrollment Period. This means that you can probably enroll in a 2015 health plan through the Marketplace even though the annual Open Enrollment period is over.

The ACA helps when the baby arrives, but not so much with expensive prenatal care and the cost of actually having the baby. Women able to get coverage through special enrollment could still rack up a lot of debt if you don’t have thousands of dollars waiting comfortably in an emergency fund. On the up side, the baby will be covered when it’s born. The ACA does offer an enormous help to women with incomes below a certain amount. Women who qualify can apply to receive coverage through Medicaid and the Children’s Health Insurance Program (CHIP) at any time during their pregnancy. The women who suffer the most in our system are those who make enough on paper, but lack insurance prior to getting pregnant.

Should you be able to get coverage if you become unexpectedly pregnant?

Different stakeholders’ answers to this question shed some light on why the decision involves too many factors to merit a “yes” or “no” answer. To make the discussion simple, let’s see what two major sides of the argument say.

Advocacy groups including Young Invincibles, Planned Parenthood, and March of Dimes believe women should be able to get coverage for being pregnant (not just having a baby) whenever they want. They affirm since nearly half of all pregnancies are unplanned, we need more flexibility in maternity coverage to keep women and newborns in the United States healthy. In addition to the potential for complications in the delivery room, access to prenatal care could help women with heart conditions, diabetes, or who are at risk of preeclampsia (dangerous high blood pressure during pregnancy) get the preventive care they need to stay healthy and also deliver healthy babies.

If a woman doesn’t have coverage, she might forgo the key preventive, yet expensive, medical services she needs to stay healthy. Advocacy groups find the situation unacceptable and look toward the government for change.

To this concern, the nonprofit Young Invincibles released a report saying since the Affordable Care Act’s enactment, more women get insurance and fewer leave out maternity coverage, mitigating these risks for insurance companies in offering more open forms of pregnancy coverage.

So, Plan Ahead…If You Can

According to Healthy People 2020 data, about 30 percent of pregnant women do not receive early or adequate prenatal care. While many factors could claim responsibility for this statistic, surely a lack of insurance or lack of ability to get insurance plays a part. Skipping out on prenatal care puts the mother at risk, triples her risk of having an underweight baby, and increases the baby’s risk of death.

So to summarize…what happens if you’re pregnant without insurance?

Our system favors planned pregnancy. If you’re a woman of childbearing age, you can start saving for a rainy (or pregnant) day, pay a few hundred dollars more a month for just-in-case coverage, or join the voices of advocates hoping to achieve more flexibility for one of life’s most beautiful accidents.

Healthcare.gov: Health Coverage if You’re Pregnant or Plan to Get Pregnant

WebMD: What it Costs to Have a Baby

Childbirth Connection: The Cost of Having a Baby in the United States

Ashley Bell
Ashley Bell communicates about health and wellness every day as a non-profit Program Manager. She has a Bachelor’s degree in Business and Economics from the College of William and Mary, and loves to investigate what changes in healthy policy and research might mean for the future. Contact Ashley at staff@LawStreetMedia.com.
Share:
Related ItemsAffordable Care ActObamacarePatient Protection nd Affordable Care ActPlanned PregnancyPregnancyPregnantUnplanned Pregnancy