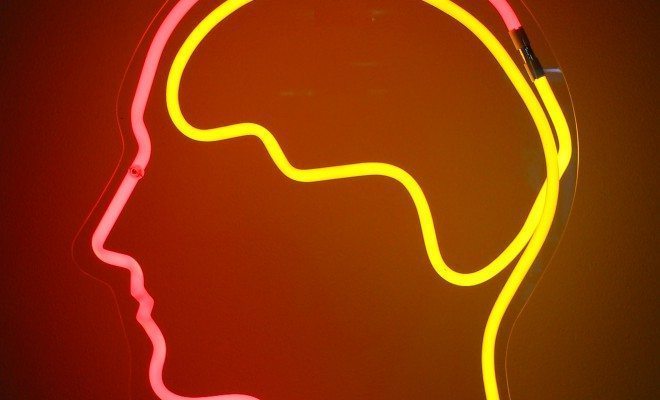 The transition from teenage years to adulthood can be a stressful shift for many people. Making decisions that shape their future and becoming more self-sufficient can be made even more challenging with mental illness. Young adults between 18 and 25 have higher rates of mental illness and substance use disorder than adults 26 years of age and older. Some argue that rates of mental illness in contemporary young adults can be attributed in part to advancements in technology. By actively participating in social media, many of today’s youth compare themselves to their perceptions of their peers as modeled online. According to Larkin Callaghan of the 2×2 Project, a public health science site, teenagers especially “now rely so much on external and immediate gratification, social status and image, and the superficial gain they get from social media that they are forgoing values that contribute to a sound internal life.”

Even though adolescents and young adults are extremely vulnerable to mental health problems, many go without proper treatment services. These clinical interventions are imperative in supporting the transition to a healthy adulthood while minimizing damage to the individual. During this formative period it is important to reduce the negative consequences and promote positive mental health awareness. Read on to understand what is being done about mental illness in young Americans.

There are a vast amount of mental illnesses that people may suffer from, and often an individual may have more than one at a time. Everyone is not affected the same way by the same disease, and there is not a one-size-fits-all cure. The following is only a glimpse into depression, one of the more common illnesses affecting young adults.

It was once believed that children could not suffer from depression. If a teen were to show symptoms, they were written off as being moody and that it was a normal part of the growing-up experience, but we now know that that is certainly not the case. Although the signs of depression may differ from those of depressed adults, young adults are susceptible to this illness as well.

According to the National Alliance on Mental Health, approximately 11 percent of adolescents have a depressive disorder by age 18. For both girls and boys aged 10 to 19 years, depression is the predominant cause of illness. It is more common for girls to have depression as compared to boys; twice as many girls as boys are diagnosed.

One of the most tragic results of depression is suicide. Behind traffic accidents and deaths from HIV/AIDS, suicide is the third most common cause of death for people aged 15-24. Depression is not the sole cause of suicide, which is the result of many complex factors. Ninety percent of those who commit suicide are diagnosed with a psychiatric disorder. While more females than males are diagnosed with depression, there are four male suicides for every female suicide.

In an attempt to help those suffering with mental illnesses the government has sponsored various agencies and policies to focus on mental health reform.

In 1992 the Substance Abuse and Mental Health Service Administration (SAMHSA) was created within the U.S. Department of Health and Human Services. The mission of the agency is to lessen the impact of mental illness and substance abuse on the American people. SAMHSA makes services, information, and research more accessible.

One of the ways SAMHSA has helped those with mental illnesses is by funding the National Child Traumatic Stress Network (NCTSN). The mission of NCTSN is to provide access to treatment and care to children who have been exposed to traumatic events.

The reason SAMHSA provides so many resources is that the agency acts on the assumption that prevention works, treatment is effective, and that people can recover from substance use and mental disorders

Introduced in the House of Representatives in December 2013 by Representative Tim Murphy, the Helping Families in Mental Health Crisis Act “fixes the nation’s broken mental health system by focusing programs and resources on psychiatric care for patients & families most in need of services.” As of July 2014 the bill has 94 co-sponsors; 59 Republicans and 35 Democrats, but has yet to be signed into law.

The Subcommittee on Health investigated the federal mental-health systems and worked with advocacy groups, professionals, and families. The bill has numerous proposals, such as:

Strengthening Mental Health in Our Communities Act of 2014

Sponsored by Congressman Rob Barber, the Strengthening Mental Health in Our Communities Act of 2014 would create a White House office on Mental Health Policy in the Executive Office. As of July 2014, the bill has been referred to the Subcommittee on Crime, Terrorism, Homeland Security, and Investigations. The President would appoint a Director who would be charged with many duties including:

The Affordable Care Act (ACA) has made it somewhat less challenging for young people to receive mental health care. Federal health law now requires insurance companies to extend the same amount of coverage for mental health as a surgical or medical treatment would receive. Also, young people can remain on their parents’ insurance until they are 26 years old. If they do not stay on their parents’ insurance they are able to receive low-cost coverage through federal or state exchanges.

Technology is both a blessing and a curse to those with mental illness. By continuously being surrounded by technology, the brain is less able to unwind and de-stress. Excessive use of technology can lead to a feeling of isolation, and over-use of social media sites such as Facebook can promote narcissism. Users depend on others ‘sharing’ and ‘liking’ their posts to receive superficial gratification. Displaying individual success has taken priority over working with others to better the community.

However, advancements in technology are a practical way to provide people living with mental illness with helpful resources. It is now easier for individuals to quickly reach healthcare providers and find supportive online communities. By having care readily available, a greater portion of the population is able to receive treatment and support.

Apps, such as CBTReferee, are an example of this pioneering technology. CBTReferee allows users to catalog their thoughts as they occur, making them able to monitor flawed thinking. It is then easier for the person to evaluate and assess if their thoughts are unrealistic, unfair, or untrue.

BellyBio Interactive Breathing is a smartphone application aimed at helping those with anxiety and stress. The app generates soothing music and monitors breathing patterns while guiding the user through deep breathing exercises.

Mental illnesses disproportionately affects young Americans. By finding proper treatment. either through government programs or private care facilities, individuals with mental illnesses can be supported and managed in a healthy way.

Congress: H.R.4574 – Strengthening Mental Health in Our Communities Act of 2014

2×2 Project: The Declining Mental Health of Millennials: Is Depression the New Normal?

Psych Central: The Many Problems with the Helping Families in Mental Health Crisis Act

SAMHSA: Who We Are

NAMI: Depression in Children and Teens

American Foundation for Suicide Prevention: Facts About Suicide and Depression

Alex Hill
Alex Hill studied at Virginia Tech majoring in English and Political Science. A native of the Washington, D.C. area, she blames her incessant need to debate and write about politics on her proximity to the nation’s capital.
Share:
Related ItemsAffordable Care ActAnxietyBaby BoomersDepressionEating DisorderGeneration XHelping Families in Mental Health Crisis Act of 2013Mental IllnessMillennialsObamacareStrengthening Mental Health in Our Communities Act of 2014Substance Abuse and Mental Health Service Administration