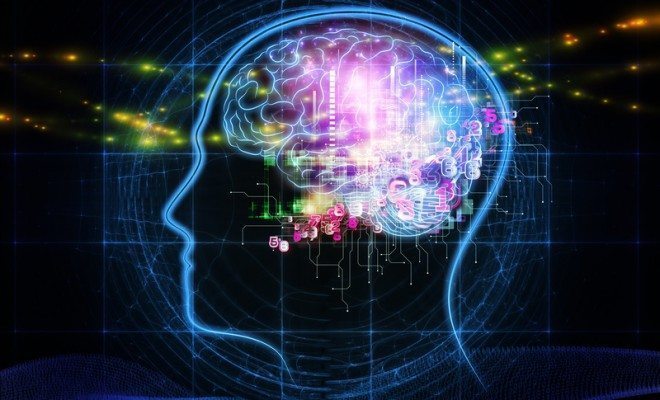 Mental Health Care: Should We Be Treating the Mind the Same As The Body?

Every year 38,000 people in the United States kill themselves. In America, we have more people who are victims of suicide than are victims of homicide. Or car accidents. Or prostate cancer. Yet mental health care in the United States: how and whether it works, how it is funded, and  the challenges it faces, is rarely discussed. It isn’t something that we like to talk about.

In his book “A Common Struggle,” Patrick Kennedy goes into intimate detail about the alcoholism, drug addiction, and mental illness that he and his family have struggled with. As the title suggests it is a problem that is dealt with by millions of Americans–as patients, caregivers and loved ones. The book, in addition to trying to de-stigmatize mental illness, chronicles the passage of the Mental Health Parity and Addiction Equity Act of 2008. If you have no idea what that is you are not alone. According to a survey by the American Psychological Association, 96 percent of Americans have no idea that this law exists or that it requires insurance providers to treat a mental illness in the same way it would treat a physical one.

Mental health care in the United States is faced with a two unique challenges: access and attitudes. The United States spends $113 billion a year on mental health care. Despite the significant investment, it is more difficult to get access to a provider for mental health services than it is to get access to a physical health provider. Nearly 90 million Americans live in a “shortage area” for mental health care providers–compared to 55.3 million Americans who live in a shortage area for primary care physicians. But an even greater barrier to treatment are the attitudes about mental health. When researchers looked into why people were refusing treatment, 71 percent said that they wanted to solve the problem on their own.

A response like that would be considered ridiculous if it was given after a cancer diagnosis. Yet, because mental illness is considered to be different from a physical illness, we don’t find this response as shocking in that context. Some people do deal with mental illness and addiction on their own, some people even do so successfully. But for individuals who want or need treatment, an attitudinal change that allows patients to believe they are entitled to receive it, and the ability to actually access it, is critical.

Take a look at this explanation of the situation given by Representative Jim Ramstad. This video was his commentary in favor of the Mental Health Parity and Addiction Equity Act of 2008. Essentially, this law requires that insurance providers treat a mental health issue the same way that they would treat a physical health issue, with the same co-pays, deductibles, and access to treatment, including treatment for substance abuse. Ramstad argues in favor of passing the law, citing himself as a success story for treatment.

The arguments dividing supporters and opponents on this issue are the same reasons that people don’t seek treatment: cost and attitude. The human cost of living with mental illness is very high but treatments for mental illness can also be extremely expensive. Treatment often includes therapy, which involves repeatedly engaging the services of a professional for hours each month. That’s a hefty price tag. When treatment involves medication, as it often does for serious mental illnesses like bipolar disorder and schizophrenia, the cost of the medications themselves can be staggering. This is often because the dosages need to be carefully calibrated, frequently adjusted, and generics are not always readily available. All of this involves more physicians and psychiatrists. Hospitalization and in-patient treatment can cost thousands of dollars for just a few days. Insurance companies are understandably reluctant to be responsible for providing these services.

The Costs of Mental Illness

It’s difficult to calculate society’s financial costs for the nearly 42 thousand deaths that were attributed to suicide in 2013. But a 2008 study by the National Institute of Mental Health attributed $193.2 billion dollars per year to lost earnings from mental health disorders in general–largely based on missed workdays because of mental health concerns. That study isn’t accounting for the lost productivity while at work or people who can’t work or are underemployed due to their mental illness. A more recent and more holistic view of the cost of mental illness would cite $444 billion, which includes treatment and the lost wages of patients but not caregivers, according to a report from USA Today. Even that isn’t taking into account the true total economic cost of mental illness.

In effect, what mental health parity does is shift some of the financial burden of treating mental illness to insurance companies, the same way that it does for physical illnesses. But it isn’t a bulletproof solution. One very key component in the bill, which Representative Ramstad addresses, is that mental health treatment would only be provided when it was considered a medical necessity. However, it isn’t clear what qualifies as a medical necessity.

Long-term therapy may be highly beneficial to an individual but may not be considered a medical necessity. A 72-hour psychiatric hold, also beneficial and potentially life-saving in terms of preventing immediate harm, might have a better chance of being considered a medical necessity. The long-term therapy, which could possibly prevent the need for the psychiatric hold, is in all likelihood the more expensive of the two options, just as physical therapy is a very expensive treatment for a chronic medical condition. Insurance companies can and do use medical necessity to thwart patients from using their insurance for treatment of mental illness.

The State of Mental Health Care in America

Mental health parity is an important step, but it does not do anything to address the problem of mental illness for the uninsured and doesn’t do enough to address mental health concerns for those on Medicare/Medicaid. It also does not deal with the much larger problems of access to appropriate treatment and the involvement of the criminal justice system.

The video below, an interview with Liz Szabo of USA TODAY about their series “The Cost Of Not Caring,” explains some of the economic costs of mental health care and how those costs are being borne by millions of Americans. The article that accompanies the series does an even better job of expanding on the concerns with the mental health care system in the United States.

Reduced investment in mental health services by state and local authorities produces a system where we still pay for the mentally ill, just in different ways than you might expect. The main effect of mental health parity is to move some of the burden from the individual to a private insurance provider. While the main consequence of reducing services for mental health shifts the burden from asylums, where the mentally ill used to go, and other institutions that were designed to deal with them, to hospitals and prisons. These already stressed institutions have difficulty coping with the added demands now placed on them, leading to a system that does an ineffectual job because it deals with the physically ill, the mentally ill, and criminals who actually need to be incarcerated as a unit–rather than dividing them into separate categories and treating them accordingly.

There are treatment options that can be tried, which may cost more at first, but produce better results in the long run for the individual with a mental illness and his or her community. To compare the problem to a physical one, if amputating a broken arm was cheaper than setting a broken bone and then using physical therapy to regain full range of motion–most of us would still not say that is the best treatment. Because in the long run, the loss of productivity to the individual and to society is much higher and the expense to fix the arm would be viewed as an investment in that person’s future. Why then, when someone comes to the hospital with a chemical imbalance in their brain, rather than misaligned bone fragments, do we not explore more expensive treatment options–ones that would be investments in that person’s most productive future given the nature of the illness.

In 2008, the National Institute of Mental Health began the RAISE project, to research Recovery After Initial Schizophrenia Episode. Researchers in the RAISE trial found that after the two-year study period was concluded, schizophrenic patients who received a model of treatment that included family counseling and help to secure a job–services that are not covered by insurance companies, which typically only pay for drugs and limited therapy for outpatient treatment–did better than patients who only got basic services.

The added cost for these services was about $3,600 a year for each patient and according to the researchers yielded a better quality of life for the patients. Which is, certainly, a difficult thing to quantitatively measure. Because the study only lasted for two years it is hard to say if, over the person’s lifetime with the illness, the initial investment will prove to actually prevent more costly complications like hospitalizations. But the initial results suggest that including this type of counseling and other services may be worth the long-term investment.

Removing the stigma of mental illness by treating it in the same way you would treat a physical ailment is a positive first step towards dealing with the mental health care crisis in this country. But it is only the first step. Thousands of Americans die from mental illness every year. Millions suffer from it chronically and face the challenges of dealing with a mental disease daily.

Because it touches so many of us so intimately, mental health treatment in America is not an easy topic for most to discuss. Usually, it only becomes part of our public discourse in the wake of a mass shooting. But that’s like only talking about a disease if it is an air-born pathogen. Those diseases are the most obvious for us to see as a threat; nothing is sexier on the evening news than a flu pandemic. But it is the less glamorous food poisonings that might be more deserving of our attention. It’s messier and more embarrassing to talk about, but you are also more likely to be affected by it.

Slate: Is My Work Medically Necessary? How Insurance Companies Get Around Rules For Mental Health Care

Mary Kate Leahy
Mary Kate Leahy (@marykate_leahy) has a J.D. from William and Mary and a Bachelor’s in Political Science from Manhattanville College. She is also a proud graduate of Woodlands Academy of the Sacred Heart. She enjoys spending her time with her kuvasz, Finn, and tackling a never-ending list of projects. Contact Mary Kate at staff@LawStreetMedia.com
Share:
Related ItemsHealth InsuranceHealthcareHealthcare SpendingMental HealthMental Health ParitySchizophrenia