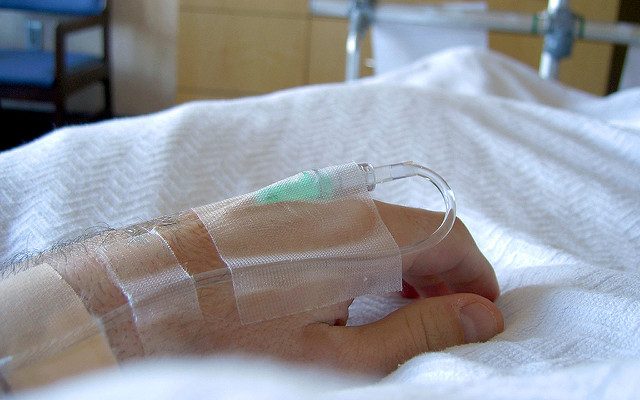 Colorado and the Rising Trend of Assisted Suicide

It’s one of the most controversial topics of the last 20 years. And before you ask, yes it is a matter of life and death.

Physician-assisted suicide is expanding in the United States. Last year after a statewide referendum, Colorado became the sixth state to allow assisted suicide, with 65 percent of Colorado voters casting a ballot in favor of the measure. According to Compassion & Choices, an advocacy group that supported the ballot initiative in Colorado, so far 10 people have received prescriptions from doctors giving them access to the life-ending drugs. So far there is no data on whether those who received prescriptions for the life-ending medication have actually gone through with the procedure.

But the practice, which was taboo to even discuss 25 years ago, enjoys a large base of support in the United States. According to Gallup, physician-assisted suicide is supported by nearly 70 percent of the population.

Just last year, California passed the End Of Life Option Act. The first analysis of the law, which the California Department of Public Health recently released, indicates that 173 doctors had prescribed life-ending drugs to 191 patients. Out of those 191 patients, 111 have used the drugs to end their lives since the law was passed in June of 2016. However, Compassion & Choices, says it knows of 500 deaths in California as of this year. We will not know the full information until California releases the data for 2017 next year.

Physician-assisted suicide is an issue that has been debated for a long time. It has been subjected to rounds of philosophical, ethical, and moral debate. But the issue came into the spotlight in the United States in the 1990s with the legal battle between the State of Michigan and Dr. Jack Kevorkian, aka “Doctor Death.”

Jack Kevorkian was a pathologist who wanted to challenge the status quo of the ethical guidelines of a doctor. He contended that if a doctor had a patient that was truly suffering in pain from a terminal or debilitating illness for which there was no cure, then why couldn’t that doctor help end their suffering? He contended that it a doctor’s moral duty to focus on the welfare of the patient, and if the option of death presented itself as a suitable form of welfare for the patient than it should be allowed.

Kevorkian invented his own “suicide machine” in 1989 and assisted over 130 patients in assisted suicide. However, the Michigan legislature made it illegal to perform an assisted suicide in 1998, but Kevorkian continued to practice and was arrested after he allowed “60 Minutes” to air a video that showed him injecting life-ending medication to a man with ALS. He was convicted in 1999 of second-degree murder and served eight years in prison.

While Kevorkian was controversial, particularly because in at least one case he administered the procedure himself, experts agree that he brought assisted suicide into the forefront of public debate.

Since Kevorkian’s conviction, five states and the District of Columbia have passed assisted suicide legislation. Only three of these states have voluntarily provided data on physician-assisted suicide so far. Since Oregon legalized the practice in 1997, 1,127 patients have died. In Washington, where legalization was approved in 2009, there have been 917 reported deaths. And in Vermont, physicians have filed reports for 53 patients seeking life-ending medication.

While assisted suicide has made great progress over the years, many still have issues with the way it is practiced.

Marilyn Golden, a Policy Analyst for the Disability Rights Education and Defense Fund opposed California’s law for a variety of reasons. She says that in theory it could discourage medical insurance companies from paying for new and expensive experimental treatments when providing assisted suicide medication is a cheaper option. She also argues that people in a vulnerable state of mind could be manipulated by heirs and caregivers to end their life, and that there is a lack of oversight for the current process–citing the fact that there is not an independent individual who is there that can confirm that the person who is taking the medication wants to end their life.

It should also be noted that assisted suicide can be a particularly expensive process. A pharmacist in California told the San Diego Tribune that doctors’ preferred drug, which makes the process of assisted suicide quick and painless, costs as much as $3,400 per dose. While the cost of life-ending medication is not cheap, it can be significantly cheaper than what it takes to provide care to someone with a terminal illness.

James Levinson
James Levinson is an Editorial intern at Law Street Media and a native of the greater New York City Region. He is currently a rising junior at George Washington University where he is pursuing a B.A in Political Communications and Economics. Contact James at staff@LawStreetMedia.com
Share:
Related ItemsAssisted SuicideCaliforniaColoradoHealthcareKevorkian