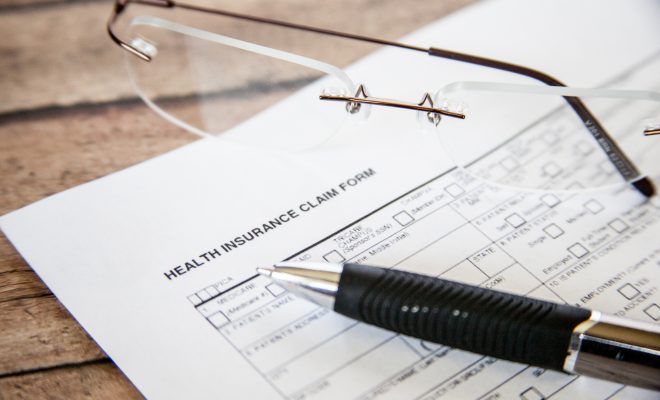 By the Numbers: Health Insurance Coverage in the United States

As the national debate over health policy unfolds, it can be helpful to take a wider look at the health insurance landscape in the United States to understand how proposed changes would affect the system as a whole. A number of different ideas have been floated to restructure parts of the health care system, but looking at the system overall helps offer some important context to the current debate.  For example, when lawmakers propose reducing spending on Medicaid or changing the subsidies for the individual market, knowing how many people would see their finances change can put things in perspective. Read on to see where people get their health insurance and who remains uninsured.

In the United States, people get insurance through a mix of government programs and private companies. Most Americans have private health insurance, the largest portion of which is provided through an individual’s employer, or their family member’s employer. Government programs provide insurance to about 35 percent of the population. Two government programs account for the vast majority of all people on public insurance, namely Medicare and Medicaid. Medicare is available to all adults over the age of 65 and is intended to provide insurance coverage for people as they age. Medicaid covers a more diverse group, including people with disabilities, the elderly, children, and the poor.

The chart below uses estimates from the Kaiser Family Foundation using 2015 data from the Census Bureau (note that the numbers are rounded and therefore add up to just over 100 percent).

As the chart shows, employer-provided insurance is the single largest source of insurance for most Americans, which is important to keep in mind when debating health policy changes. Private health insurance companies sell insurance to businesses in what’s known as the group market, while those who are not able to get insurance through their employer and do not qualify for public insurance can buy it on the individual market.

Much of the debate over health insurance regulation tends to deal with coverage sold through exchanges on the individual market, which actually apply to a relatively small portion of the entire population. About 7 percent, or 21.8 million people, buy individual health insurance for themselves and their family members–which includes people who buy insurance directly from insurance companies on and outside of public exchanges. Approximately 12.2 million people enrolled in a plan sold on one of the regulated exchanges at the beginning of 2017. Those insurance plans are the ones that are affected by the vast majority of the regulations that have become the focus of many policy debates. Notable examples of these regulations include rules that prevent insurers from denying coverage to people with preexisting conditions and ones that prevent or limit the the extent to which insurance companies can charge people more based on characteristics like health status or age.

One important exception is the Affordable Care Act’s ban on annual and lifetime limits, which prevent insurance companies from cutting off coverage after spending a certain amount. These limits apply to federally defined insurance benefits and affect almost all private health insurance plans including both employer-provided and individual coverage.

Who Are The Uninsured?

In 2015, approximately 9 percent of the population did not have health insurance, or about 29 million people in total. That number comes in the wake of the Affordable Care Act’s passage and enactment, which lead to a sharp decrease in the number of people without health insurance. The ACA increased coverage by expanding Medicaid eligibility and outreach while also creating subsidies to help individuals up to a certain income afford their health insurance premiums. The law also instituted a penalty, known as the individual mandate, for people who decide not to get insurance. So even after a massive effort to increase coverage, who remains uninsured and why?

According to survey data from the Kaiser Family Foundation, the most common explanation people give for not having health insurance is the cost of coverage–46 percent of respondents cited cost as the primary reason. However other reasons–like confusion about the requirement to obtain coverage, issues getting coverage, and preferring to pay the penalty rather than the cost of insurance–also explain why people do not have insurance.

Survey data indicates that the most of the people without health insurance are low-income. About 80 percent of the uninsured population have incomes below 400 percent of the federal poverty line–which is also the income threshold to qualify for subsidies under the Affordable Care Act, meaning that some federal funding is available to help them purchase insurance. There is evidence to suggest that a portion of the uninsured are not aware that they qualify for federal subsidies, and many who are aware may still forego insurance because even with financial assistance the cost remains too high.

While a plurality of the uninsured population is white, accounting for about 45 percent of the total, people of color are disproportionately more likely to not have insurance relative to their share of the total population. Approximately 15 percent of the uninsured population is black and just over 30 percent is Hispanic. Just over one-fifth of those without health insurance are not U.S. citizens, including both immigrants with and without legal status in the United States. Legal immigrants are eligible for subsidies when buying insurance on public exchanges, and after living in the country for more than five years, can be eligible for Medicaid.

Finally, legal challenges to the law resulted in the decision to expand Medicaid resting with the states, and several states–including ones with particularly large populations like Texas and Florida–chose not to accept funding from the federal government to help cover people with incomes up to 133 percent of the federal poverty line. Currently, 32 states including the District of Columbia opted to expand Medicaid, while 19 states have not. Because of this, there is a significant “coverage gap” in non-expansion states between the people who are eligible for Medicaid and those who are eligible for premium subsidies. The Kaiser Family Foundation estimates that more than 2.5 million people fall into this gap, as they would qualify for Medicaid if their state decided to expand coverage.

Health insurance coverage in the United States comes from a variety of different sources. Private health care continues to be the most prominent form of health insurance, with employer-provided coverage being the largest source. But the government also plays a particularly important role in the health insurance landscape. Medicare and Medicaid together provide coverage to nearly 35 percent of the U.S. population. Medicare provides health insurance to the elderly as they age, while Medicaid has grown to cover a diverse group of Americans who would likely have difficultly purchasing private insurance.

Recent efforts to increase insurance coverage, most notably the Affordable Care Act, led to a large reduction in the number of people without insurance, but despite those efforts, many remain uninsured. For a variety of reasons, roughly 9 percent of the population continues to go without health insurance, citing the cost of coverage as the primary reason. One way to reduce that number would be for all states to expand Medicaid, which would help resolve the coverage gap where many low-income Americans are stuck.

Recently, a lot of the discussion about health care has focused on regulations that affect individuals who do not get insurance through their employers. While people purchasing health care directly from insurers on exchanges account for a relatively small share of the overall population, their concerns have become particularly important to recent legislative debates. The cost of health insurance on the public exchanges have become unaffordable for many, and lack of competition in certain markets has left some areas with only one insurer to buy from. This problem many be getting worse, and next year, the number of insurers in some places may drop to zero. Given the pressing nature of these concerns, they tend to garner a lot of attention, and rightly so. But as we debate health policy, it’s important to keep in mind where the individual market fits into the overall landscape.