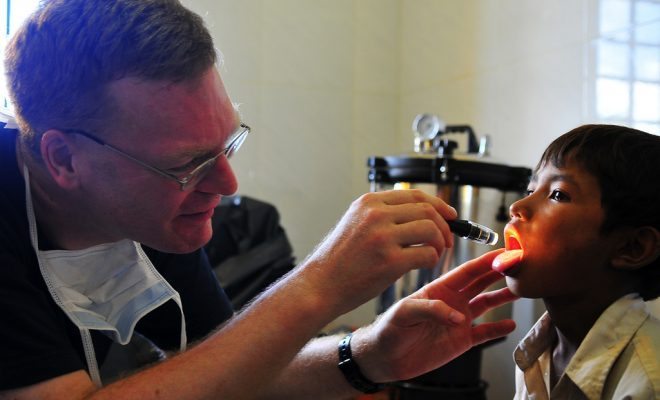 Medical Care for Minors: Who Calls the Shots?

In most cases, the law grants people autonomy over their own bodies, including a constitutional right to consent to or refuse medical treatment; however, for teenagers, that right is curbed by their parents, who have the right to control medical procedures in most cases until that child turns eighteen. There has been a lot of news lately where teens are fighting back against their parents over medical treatments, procedures, and even appointments. Read on to learn more about this issue, including mental health, substance abuse, and physical problems.

Traditionally when a teenager, child, or infant goes for medical treatment, including routine check-ups, parents are welcome in the room. Many doctors’ offices allow the parent in, while some do so only if the child says the parent can come in. This is especially true in more sensitive appointments. In most cases, a child’s parents or guardians are the ones who know the most about the child.

According to the University of Washington School of Medicine:

Parents have the responsibility and authority to make medical decisions on behalf of their children. This includes the right to refuse or discontinue treatments, even those that may be life-sustaining. However, parental decision-making should be guided by the best interests of the child. Decisions that are clearly not in a child’s best interest can and should be challenged.

The concern that a parent could make a decision that isn’t in their child’s best interest has led to some cases where children and teenagers start to fight back against their parents when it comes to medical care.

What are age of consent laws?

Doctors of all kinds, from dentists to ophthalmologists, have grappled for years with age of consent when it comes to mature adolescents. In a 2013 Pediatrics article, the authors stated:

It is well understood in the medical community that adolescents’ aptitude to make rational, responsible decisions changes over time and that older teenagers and young adults have substantially similar cognitive capacities.

According to Doctor Will See You Now, this question of maturity, and the automatic assumption of parent’s rights, endures as the general background rule that will apply in the majority of court cases regarding treatment of teens. The site points out that most frequently, parents are “free to sort among alternatives and elect the course of treatment based on his or her assessment of the child’s best interests.” This rule applies to any patient below the age of majority, 18 in most states, although in a small number of states, such as Delaware (19), Mississippi (21), and Nebraska (19),  it is higher. In Arkansas, Nevada, Ohio, Utah, and Wisconsin the age of majority varies due to high school graduation dates. Some health insurance plans also have rules associated with their policies.

Those who are evaluated to have a maturity over their physical age, however, have been deemed “mature minors” in some court cases. That concept, as psychologically valid as it is, is cloudier when it comes to state laws, which vary widely in their “mature minor” stances, including the ages at which one becomes a “mature minor.” SeverFew U.S. courts have already defined the term, and a few more will be tasked to evaluate it in coming months. Seventeen states do have some form of concession to the standard parental consent requirement, ranging from written exceptions from psychologists to emancipation rights. Most often, the exceptions are requested by minors seeking an abortion without parental consent or knowledge.

Sensitive Categories of Treatment: Exceptions to the Rule

All states have some exceptions to parental consent when it comes to medical care for minors. It can become public health issue if young people are scared to get medical treatment because they have to tell their parents about them. These include procedures like testing for STDs–something that all 50 states and D.C. allow minors to do without having parental permission.

In many states, but not all, minors can also give their personal consent without their parents’ input regarding reproductive health services, with regard to contraceptive services and prenatal care, as well as drug and alcohol abuse treatment and outpatient mental health services. However, there usually is a minimum age for this kind of care without parental consent–usually early teens. These laws also don’t preclude parents from being able to require them to submit to treatment.

One specific area of concern when it comes to minor medical care is abortion. Most states require parental consent for a minor to receive an abortion, although Supreme Court precedent allows a pregnant minor to receive an abortion under certain circumstances, such as “if she is sufficiently mature or if it would be in her best interests mentally and physically.” “Tests of maturity can include questions about good grades or extracurricular activities, as well as other less-defined queries that would allow judges to see a young person’s thinking process and understanding of the procedure,” said Doriane Coleman, a law professor at Duke University. The law is pretty inconsistent state-by-state, however, in some states, another relative could be allowed to be present at the abortion, in others a young woman could go to court to fight for her right to have the medical procedure.

When it comes to substance abuse, some states allow minors to consent to treatment. However, the laws usually also require that minors have to receive treatment if their parents consent to it on their behalf. Allowing minors the option to consent is is an attempt to make sure the treatment sticks–after all, a person who consents to treatment or requests treatment is more likely to follow through and at least stay in the program until the end.

According to the Doctor Will See You Now:

For doctors, the issue is that even if a minor is empowered by state law to give consent, they still need to ensure that the minor is intellectually and emotionally capable of giving informed consent. Thus, even if there is no age limit under state law or the age limit is very low, at times doctors may find it is inappropriate to allow a minor to consent to his own care if he is too immature or otherwise incapable of understanding the procedure’s risks, benefits and alternatives.

Additionally, the Doctor Will See you Now points out:

The fact that some minors can consent to their own health care and treatments in certain areas does not always mean that they actually have a right to confidentiality with respect to that care. Under the Health Insurance Portability and Accountability Act (HIPAA), practitioners are basically required to follow state law regarding confidentiality for minors, and they are given discretion over parental notification when state law is silent on the issue. Most parents will find out eventually, whether it is from HIPAA or the patient’s own volition.

The Connecticut Supreme Court ruled recently that the state was well within its rights to require a young woman named Cassandra C. to continue undergoing chemotherapy treatments even though it wasn’t what she wanted. Her mother wanted her to do whatever she thought was best.

Because of the nature of the case, and concerns about Cassandra’s wellbeing, the case has been featured in the national news. Unfortunately, Cassandra spent every day in isolation from other patients and was under constant supervision. “She hasn’t been convicted of a crime, but it’s kind of like she’s in jail,” said Joshua Michtom, an assistant public defender and Cassandra’s lawyer. “It’s an especially lousy way to go through chemo.”

There are very rare situations in which the court becomes involved, because parents aren’t acting in the best interests of their children. In addition, there are cases like those outlined in the novel My Sister’s Keeper, where parents seek to have a minor child donate an organ to a sibling, or to undergo any other significantly invasive medical procedure for the benefit of another child.

Medical decision making by and on behalf of children and teens is a subject that is ethically, mentally, physically, and legally complex. State laws vary considerably, and they often have vague standards and language. Children should generally be involved in medical decision making to the extent of their abilities. It is not only a teaching moment, but it is also a way to create autonomy. In the case of a conflict between a minor’s wishes and a parent’s wishes, however, everyone needs to proceed with caution, especially in life or death cases. As such, it is usually wise for them to seek the advice of legal counsel and, in some cases, to proceed to court for a judicial order authorizing the proposed course of treatment.

The Doctor Will See You Now: Doctor-Patient Confidentiality: How Do We Define It and When Should We Waive It?

Journal of Health Care Law and Policies: Medical Decision Making by and on Behalf of Adolescents

Guttmacher Institute: Minors and the Right to Consent to Health Care

Philly: Should Teens Get to Say “No” to Life-Saving Medical Treatment?

Pediatrics: The Legal Authority of Mature Minors to Consent to General Medical Treatment

Editor’s Note: This article has been edited to credit select information to the Doctor Will See you Now, and some portions have been edited for clarity.

Noel Diem
Law Street contributor Noel Diem is an editor and aspiring author based in Reading, Pennsylvania. She is an alum of Albright College where she studied English and Secondary Education. In her spare time she enjoys traveling, theater, fashion, and literature. Contact Noel at staff@LawStreetMedia.com.
Share:
Related ItemsAbortionCassandra C.ChildrenConsentDoctorsDrug AbuseHealthcareHIPPAHospitalsParental ConsentParentsSubstance AbuseSubstance Abuse Treatment