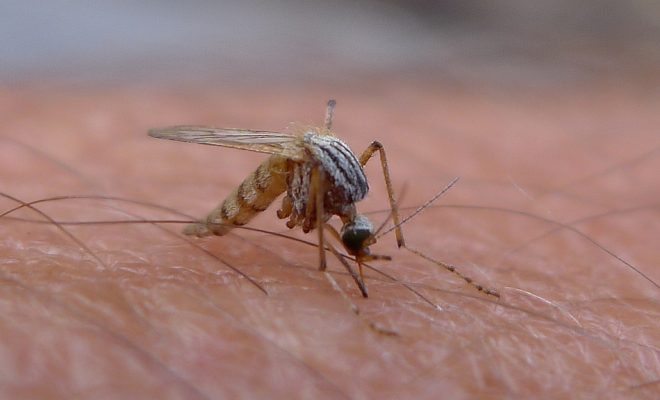 Malaria is one of the world’s oldest and deadliest diseases. Although it is most prevalent in Africa, everyone is susceptible. Around fifteen hundred cases develop yearly here in the United States. Malaria is a global problem, systematically wreaking havoc on countries’ health cares and economies.

But there’s good news. Just this week, California-based scientists made a huge breakthrough in attempting to eradicate malaria for good. Scientists concluded that genetically modified mosquitoes released into the wild might be the answer. The science gets a little tricky, but the inevitable goal is that the global mosquito population in its entirety will no longer be able to pass on malaria to humans. The method is proactive versus reactive, and hits the source instead of medicating already infected people.

On November 4, researchers reported a medical breakthrough. Scientists had mutated and bred a specific strain of mosquito in order to eradicate malaria globally, according to a report from the Proceedings of the National Academy of Sciences.

Biologists used a gene-editing technology called CRIPR-Cas9. The technology allows scientists to remove segments of DNA from an organism and replace it with new ones. In this specific case, the California-based scientists added a set of malaria-resistant genes that could rapidly eradicate the disease from the mosquito population. The gene causes the mosquito to produce antibodies that kill the malaria parasite, making the mosquito unable to transmit the disease. The scientists used a genetic modification technique called gene drive, which ensures that the malaria-killing gene is effectively passed on to future generations.

So how does the gene drive work? Normally, an offspring receives half its traits from each parent, but the researchers found a way around that. With gene drive, the mutant mosquito passes its genes to both of the offspring’s chromosomes. In other words, one mutated mosquito parent will supply all the inherited traits to its offspring when it mates with another wild mosquito, ensuring that the malaria-resistant gene is passed on. In studies, the mutated mosquitoes with gene drive passed on their malaria resistance to 99.5 percent of their offspring. This kind of results can have enormous potential to spread rapidly in the wild. According to the New York Times, spreading genes at this rate could nearly eradicate malaria from mosquitos in as few as 10 generations. This means that a disease that causes about 600,000 deaths each year could be marginalized in just one season.

Anthony A. James from the University of California Irvine Campus led the development of the malaria-resistant genes while Valentino M. Gantz and Ethan Bier of the San Diego Campus led the research on gene drive. But despite their recent success, the scientists all agree that going forward they must tread carefully when implementing their research. Dr. James, Dr. Gantz, and Dr. Beir plan to further refine the mosquito’s genetics in isolated trials before conducting experiments out in the field. They hope that a malaria-endemic country will eventually invite then to conduct trials in the area.

Although the researchers don’t yet have evidence, there could be adverse health effects to releasing the genetically modified mosquitos into the wild. It remains to be seen what would actually happen when a genetically modified mosquitos bit a human or how the population of mosquitoes will be affected in a much larger trial. The most significant fear is that the created mutations would change in the wild. Natural selection could also favor other genes and the mutated the genes may not be passed down through generations. If biologists needed to keep going back and re-modifying the genes it would become uneconomical and possibly unsustainable.

In the mean time, the research remains under ethical review by a committee elected by the National Academy of Sciences.

How is Malaria Transmitted?

Interestingly, only the female mosquitos of the genus group Anopheles can transmit malaria to humans–it’s actually quite a small group. Altogether, there are 3,500 species of mosquitos categorized into 41 different genera. In the Anopheles genus, there are around 430 species. And of these, only 30-40 species have the ability to transmit malaria.

These specific mosquitoes may transmit the disease if they carry the malaria parasite. The transfer happens when a parasite-carrying mosquito consumes the blood of a human. The maturation of the parasite inside of a mosquito host involves several factors, including temperature, humidity, and the life duration of the host. For example, the parasite generally must reside in the mosquito for 10 to 21 days–this is called the extrinsic incubation period. If the mosquito dies before the culmination of this period, the parasite cannot be transferred. The parasite does not negatively affect the mosquito’s health as it would a human.

Mosquitoes either prefer to feed on humans or animals, designated anthropophilic and zoophilic, respectively. Most Anopheles tend to be neither 100 percent anthropophilic nor zoophilic, meaning that they often don’t have a preference for humans over animals or vice versa. However, two species, An. gambiae and An. funestus, are strongly anthropophilic. This makes them extremely adept as malaria vectors for humans. Since they both reside in Africa, it makes sense that Africa is where we see the most malaria cases in the world.

Sub-Saharan Africa and parts of Oceania are prime locations for the malaria parasite to survive. The climate conditions are optimal–tropical and subtropical locations allow anthropophilic mosquitos to easily reach maturation and breed. For example, the parasite’s growth cycle will stop, preventing transmission, if the temperature is lower than 68 F degrees. High altitudes and deserts will kill the parasite as well. In some endemic areas, transmissions will be more seasonal if the region has a cooler climate.

Symptoms can occur anywhere from a week to three months after exposure. In very rare cases, symptoms will occur later than three months. Initial symptoms can be relatively mild, including fever, chills, headache, muscular aching, weakness, vomiting, cough, diarrhea, and abdominal pain. These milder symptoms may or may not preface more severe ones, including renal failure, pulmonary edema, generalized convulsions, and circulatory collapse, followed by coma and death. Death can result if P. falciparum is not treated within one week of the beginning of clinical symptoms.

The other three parasites are rarely as life threatening but can still cause extreme distress. P. vivax and P. ovale can reside dormant in the liver for years, and may cause sporadic relapses months, or even years after the first exposure.

A typical malaria attack can last between six and ten hours. At first, a cold stage will bring on cold-like symptoms with shivering. This is followed by a hot stage consisting of fever, headaches, vomiting, and seizures in young children. The attack ends with excessive sweating, followed by the normalization of temperature and tiredness. These attacks will occur every other day or every third day with the P. malariae parasite.

People with weaker immune systems are at a greater risk of infection. These groups usually tend to be young children, pregnant women, people who are immunosuppressed, and elderly travelers. Infected pregnant women are at risk of maternal death, miscarriage, stillbirth, and neonatal death.

Treatment for malaria is an ongoing battle. Scientists create a new drug, only for the parasite to alter itself and become resistant. Scientists go back and modify that drug, only for it to happen again. For example, chloroquine (common antimalarial drug) is, for all intents and purposes, useless in many endemic regions due to resistance. Other common antimalarial drugs include Quinine sulfate, Hydroxychloroquine, Mefloquine, and a combination of atovaquone and proguanil.

The recommended drug and the length of use both depend on the specific malaria parasite, symptoms, age, and whether the patient is pregnant.

Worldwide and the United States

Each year, there are 300 to 500 million clinical cases of malaria reported worldwide; 90 percent of these cases originate in Africa and approximately one million cases result in death. There are over 90 endemic countries globally, putting 40 percent of the world population at risk of malaria infection.

On average, a child dies from malaria in Africa every 30 seconds. The most common age of death is just four years old. Malaria kills 5 percent of African children. This equates to nearly 3,000 deaths each day. An estimated 23 percent of African infants are born with the malaria parasite. Many families simply cannot afford to be sick. A single malaria attack can cost approximately 10 to 20 working days in India and Africa.

Americans that travel to endemic countries are also at high risk of contracting the disease. Biting an infected person who has previously traveled to an endemic country can infect a local mosquito, which can then continue to transmit the virus. In the past five years, there have even been cases of local transmissions in California, Texas, Michigan, and the greater New York City area.

This is exciting news! But this research still faces several challenges and will remain controversial. We do not yet know how introducing genetically modified mosquitos will affect the current population and many people are wary of manipulating genetics to this extent. Introducing anything into the wild could have unforeseen consequences to the environment and fragile ecosystems. But if this research continues its success, these scientists may have found the cure to one of the deadliest diseases in the world.

The Washington Post: Scientists create a mutant mosquito that could help eradicate malaria

Jessica McLaughlin
Jessica McLaughlin is a graduate of the University of Maryland with a degree in English Literature and Spanish. She works in the publishing industry and recently moved back to the DC area after living in NYC. Contact Jessica at staff@LawStreetMedia.com.
Share:
Related ItemsAfricaCUREDiseaseDisease ControlGenetic EngineeringMalariaMosquitos