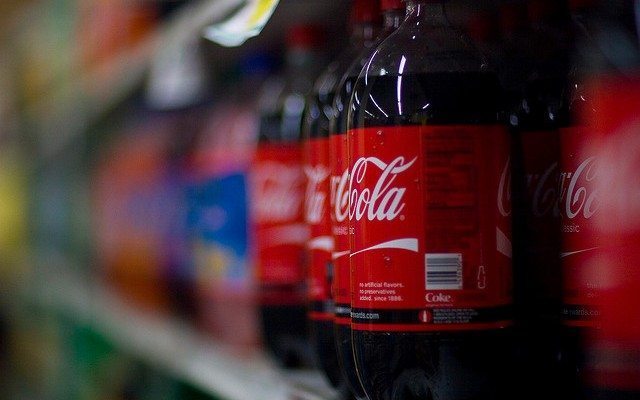 Why Are Limits on Soda Fizzing Out?

It is no secret that the United States has a deep love for sugar. In cereals, donuts, candy bars, and icy Coca-Cola, Americans cannot seem to get enough. When ex-New York City Mayor Michael Bloomberg tried to limit the sizes of soda, many were outraged. Critics of the law got their wish when the New York City limit was officially declared dead on June 26, 2014. Soda limits and sugar taxes are consistently struck down. Would a higher tax on soda be a smart move to treat the American sweet tooth and ever-growing obesity epidemic?

What is America’s problem with excess sugar?

Sugar is not necessarily a bad thing. The problem many Americans have is consumption of sugar in levels of extreme excess. High levels of sugar consumption contribute to obesity and diabetes. Often foods with high amounts of sugar are also high in empty calories and contribute to weight gain. More than two-thirds of American adults and nearly one-third of children and adolescents between ages six and 19 are overweight or obese. According to the San Mateo Health System, a child’s risk for obesity increases 60 percent with each additional daily serving of soda. Data from the New York City Health Board shows that sugary drinks make up 43 percent of added sugar in Americans’ diets. Further, the average American consumes 50 gallons of soda and sweetened beverages each year. The increase in portion sizes plays a role in this increased sugar intake. In 1974, the largest drink offered at McDonald’s was 21 ounces. This was long before the days of the SuperSize menu, which features a 42-ounce beverage. People are encouraged to get larger drink sizes because the per ounce cost of larger drinks is much cheaper than the smaller counterpart. Watch below for a clip from “Parks and Recreation” discussing ridiculous increases in soda size. Although it’s obviously fictional, it’s not far from the truth:

So what happened with soda in New York?

Popularly termed the “soda ban,” Bloomberg’s plan for New York was not actually a ban on soda, but a portion-cap rule. The law was initially passed by the city’s health board on September 13, 2012 to promote health and prevent obesity. The proposed rule banned the sale of sodas larger than 16 ounces in restaurants, delis, movie theaters, stadiums, and street carts. However, on June 26, 2014 the New York Court of Appeals struck down New York City’s cap. The Court stated that the the city’s health department had overstepped its bounds by making policy rather than simply dealing with health regulations. Watch a discussion of the law below:

What were the problems with the soda limit?

Critics claim that the New York City law treated restaurants and small businesses unfairly, especially since grocery and convenience stores would be exempt from the 16-ounce limit. 7-Eleven’s Big Gulp would be completely unaffected by the law. Many local small-restaurant owners felt their businesses would be harmed by selling smaller beverages when consumers could go to convenience stores to get much larger sodas if they so desired.

Because many stores would be exempt from the size-limit, some wondered if the limit would have any effect at all. Further, the ban would be easy to circumvent since people could still buy two 16-ounce sodas if they really wanted more soda. However, when faced with the choice, many consumers would simply go for the default option rather than buy two individual sodas. Limiting the size of soda also reverses the typical incentive of buying a larger soda to get more bang for the buck. Without a limit, larger soda is cheaper per ounce. With a size limit in place, buying two sodas to get the same quantity as before becomes more expensive.

The American Beverage Association and National Restaurant Association led the fight against the New York City restriction. The lobbying groups spent millions on their campaign and even created the New Yorkers for Beverage Choice coalition to coordinate public relation efforts. The American Beverage Association spent $12.8 million in 2010 alone on lobbying at the New York state level to protect soda from restrictions. The bad publicity for sugar and soda itself has led to a decline in soda sales over the last decade. Soda marketers still spend $500 million each year to reach children and adolescents with messages about sugary products — more than is spent marketing any other product. Given the amount of money spent, soda marketers were obviously unhappy with the proposed ban. Obesity has many contributing factors, so soda companies feel they are constantly unfairly singled out for sugar content.

Many take issue with the soda limit simply on a basis of individual liberty and the city acting too paternalistic toward consumers. People should be given the freedom to make decisions on their own. The argument is made that the city should instead be focused on health education to allow consumers to make educated decisions when eating. The desire to have a healthy society should not outweigh individual freedom. Once a city starts to regulate soda quantities for health reasons, some worry regulation will spread to other foods or sectors.

Would more tax of soda be effective?

It is hard to say. Twenty-three states currently tax soda at the normal sales tax rate. Only four states (Arkansas, Tennessee, Virginia, and West Virginia) levy an excise tax on soda at the wholesale level. However, the revenue generated is not used for obesity prevention, and Arkansas and West Virginia still have some of the highest obesity rates in the country. In recent years some states, like Illinois and California, have proposed an excise tax on sodas. For example, Illinois proposed a tax of a penny per ounce on all bottled sugar-sweetened beverages. This would mean consumers pay an additional $2.88 per case of soda. Such proposals have been met with swift defeat by heavy lobbying by the beverage industry.

Tax stigmatizes sugary beverages and increases their expense. The Congressional Budget Office estimates that a 3-cent tax on sugary drinks would generate $24 billion over four years. A 2009 “Perspective” piece in the New England Journal of Medicine says that a one-cent excise tax on soda would reduce consumption by 10 percent. A study by the academic journal Health Affairs showed that a one-cent tax per ounce of soda could prevent 2.4 million cases of diabetes and 8,000 strokes over 10 years. Some European countries have taxes on sugar as part of austerity measures. In January 2012, France instituted a tax on soda of about six Euro cents per liter on sugary drinks, which is expected to raise $156 million a year in government revenue. Listen for discussion of soda tax below:

Another proposal is to ban or tax the use of food stamps to buy soda. Currently a sales tax is not levied on food, including soda, bought with the Supplemental Nutrition Assistance Program (SNAP). A study by Health Affairs showed that a ban on the use of food stamps to buy soda could prevent 130,000 kids from becoming obese and 240,000 adults from developing Type-Two Diabetes. The money generated by these taxes could then be used to fund healthcare initiatives, including childhood nutrition and obesity prevention.

Many economists say that taxing soda, as is done with cigarettes or alcohol, would be more effective than the New York City-style limit. However, the effectiveness of a tax largely depends on consumer behavior and on finding the specific price point at which a tax is effective. When faced with a relatively small tax, consumers may not change their buying patterns at all. Alternately, consumers could shift their behavior to drink other sugary beverages that are not taxed. Or consumers may start drinking diet beverages and then get a sugar fix from other foods. Other studies show that a tax would have little impact on the actual weight of consumers.

What else is being done?

Aside from taxing or limiting the size of sodas sold, few initiatives garner public support. In California, a measure to slap warning labels on sodas regarding the effects of over-consumption of sugar was defeated in committee. Other advocates urge the Food and Drug Administration (FDA) to take action rather than allow states to make their own laws. They say the FDA should place a federal limit on the amount of sugar allowed in drinks on the market. However, it is difficult to push for sugar limits in sodas if similar limits do not exist for other sugar-laden products like cereal or baked goods. Some states banned sodas in public schools in an effort to combat childhood obesity. However, studies show that these students then replaced soda with other sugary drinks and drank them at the same frequency as their peers who were allowed to buy soda. More recently, Coke and Pepsi are trying to bring consumers back by creating smaller drinks. The beverage companies rolled out 7.5-ounce mini-cans in an effort to meet consumer-demand for portion control. While the government seeks to improve public health through limiting sugary drinks, many consumers simply want to be able to make choices on their own.

County of San Mateo: A Soda Tax Could Stop Us from Pouring on the Pounds

Verdict: The Soda Ban or the Portion Cap Rule?

Time: Soda Wars Bubble Up Across the Country

Time: Sugary Drinks in California Could Come with Warning Label

Alexandra Stembaugh is a senior at the University of Notre Dame studying Economics and English. She plans to go on to law school in the future. Her interests include economic policy, criminal justice, and political dramas. Contact Alexandra at staff@LawStreetMedia.com.