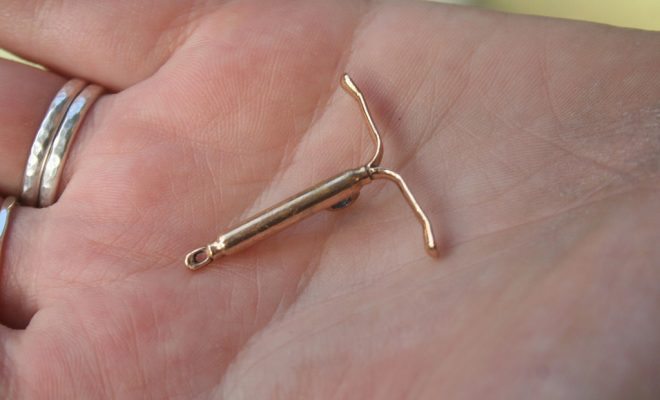 The IUD: Beyond the Hobby Lobby Case

Birth control has been a source of political controversy since its first days on the market. In recent times, the debate over reproductive health care has traveled to the highest level of judiciary power in the country.

In the June 2014 Hobby Lobby ruling, the Supreme Court favored a corporation’s religious freedom over a woman’s right to affordable reproductive health coverage. Although the ruling did not completely strike down coverage set forth in the Affordable Care Act (ACA), it did set up the possibility for some employers to deny coverage. The IUD, or intrauterine device, is one of the contraceptive methods that no longer has guaranteed coverage. What are the policies surrounding birth control in America, and how truly effective is the IUD?

Passed in 2010, the Affordable Care Act (ACA) recognizes that contraception is a necessary preventive health service for women. The ACA requires coverage without cost-sharing for women for all FDA-approved contraceptives. This benefits all women who want to use an IUD because of the high upfront costs without insurance.  All FDA-approved birth control methods must be covered by the plans, which includes: IUDs, the pill, the patch, the ring, the shot, diaphragms, sterilization procedures, and cervical caps.

On June 30, 2014 the Supreme Court ruled in Burwell v. Hobby Lobby that for-profit corporations are exempt from government regulations that would require them to cover certain contraceptives for their female employees. Hobby Lobby and Conestoga Wood Specialties consolidated their cases to challenge the contraceptive mandate in the Affordable Care Act. The ruling is limited to closely held corporations under the Religious Freedom Restoration Act (RFRA). While some supporters of the majority’s ruling claim the decision won’t affect many women, that is simply not true. More than 90 percent of all American businesses are made up my closely held firms, and they employ approximately 52 percent of the workforce.

The companies argued that just like places of worship and non-profit organizations with religious affiliations, their religious beliefs should exempt them from covering certain emergency contraceptives. This includes IUDs, Plan B, and Ella. Hobby Lobby objected to the morning-after pills and IUDs as they believed they cause abortions. The reasoning is that these forms of contraceptives prevent conception and fertilized egg implantation in the uterus, which to them is equivalent to aborting a life. Director of Contraceptive Development for the National Institute of Child Health and Human Development, Diana L. Blithe, has stated that there is no scientific evidence that these contraceptives work beyond fertilization. Birth control pills will continue to be covered, as they are not in opposition to the employer’s beliefs. The ACA originally allowed for non-profit religious organizations to opt out of providing coverage for contraceptives and have outside insurance companies cover the women, and Justice Alito suggested that for-profit corporations adopt this method as well.

While women were denied basic reproductive health care by this ruling, the male-dominated majority ruled that  would continue to be covered. This hypocrisy has been noted by the public and Justice Ruth Bader Gingsburg in her blistering dissent.

What is the IUD?

The IUD is a small, polyethylene “T-shaped” device that is inserted by a health care provider into a woman’s uterus to prevent pregnancy. In the United States there are two types of IUDs available: hormonal (Mirena and Skyla), which released progestin, and copper (ParaGard). Mirena is effective for five years and Skyla is effective for three years; both may give the woman lighter periods. ParaGard is effective for 12 years and does not alter periods. The main way both types of IUDs work is by manipulating the way sperm moves so they are unable to join with an egg.

What are the benefits of an IUD?

The IUD and the birth control implant are the most effective reversible contraceptive methods available. By not requiring user intervention, the risk of pregnancy is less than one percent. If inserted up to five days after unprotected intercourse, copper IUDs can also serve as emergency contraception.

IUDs help women avoid pregnancy coercion — pressuring one into becoming pregnant — and pregnancy due to a sexual partner’s refusal to use contraception. The device is effective, long lasting, and it’s nearly impossible for a partner to detect one.

Many other forms of birth control are advertised for how effective they are in preventing pregnancy. This is true, if they are used properly. A good example for this is the male condom. It is a common belief that they are 98 percent effective in preventing pregnancy, however the Center for Disease Control (CDC) reports that 18 percent of women experience an unintended pregnancy while using this method. The discrepancy in information lies within the mighty if. IUDs are so efficient since they remove human error and are long-lasting. From the same CDC report, it was found that copper IUDs have a significantly lower 0.8 percentage.

What are the disadvantages of an IUD?

IUDs, called the Dalkon Shield, debuted in the United States in the 1950s. However, they were later taken off the market because of complications found in early versions of the device. The previous design led to infections and unwanted pregnancies due to it’s complicated method of correct insertion. It was also not widely known by doctors that it had to be removed when a woman became pregnant in order to avoid infection. Pelvic inflammatory disease and infertility was linked to the Dalkon Shield.Alexandra Sifferlin of Time reported, “According to various reports, upwards of 15 women who became pregnant with a Dalkon IUD inside them died of infections after they miscarried.”

Some other disadvantages include:

Are women using them now?

American women have the lowest rate of IUD se of any developed country and more than half have never heard of them. Laura MacIsaac, Director of Family Planning at Mount Sinai, stated, “IUD use in most of Western Europe, it’s about 20 percent, some countries 30 percent…in America, it’s about five percent.” While these numbers are low compared to other countries, since 2008 Planned Parenthood reports a 75 percent increase in IUD use among patients. In 2009, 8.5 percent of women using contraceptives relied on long-acting reversible contraception such as the IUD. This is a dramatic increase from 2.4 percent in 2002 and 5.5 percent in 2007.

Women between the ages of 25 and 29 who are married, women with no religious affiliation, and women covered by Medicaid use IUDs most frequently. Teenagers are less likely to use the IUD; only three percent of 3.2 million teenage women who use contraceptives chose this method.

IUDs have moved past their sullied past and become one of the most effective methods of birth control on the market. With their long-lasting effectiveness, lack of personal upkeep, and low pregnancy rate, IUDs are a favorable contraceptive option.

Planned Parenthood: IUD as a Form of Birth Control

Guttmacher: Changes in use of Long-Acting Contraceptive Methods in the U.S., 2007-2009

Time: Why is the Most Effective Form of Birth Control – the IUD – also the one no one is Using?

Washington Post: A LOT of People Could be Affected by the Supreme Court’s Birth