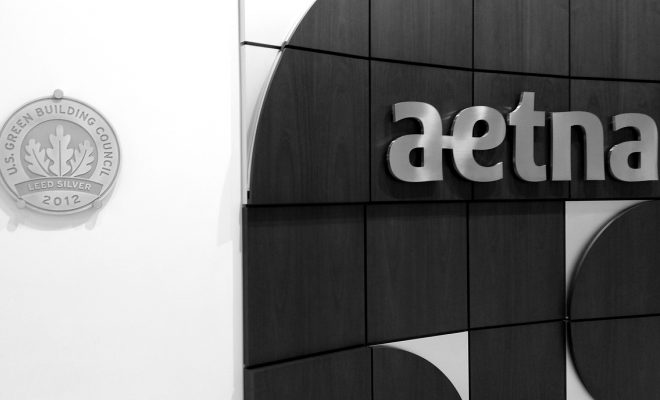 What a Major Insurance Provider Leaving the Obamacare Exchanges Means

In August, Aetna announced that it was dropping its participation in many of the Affordable Care Act exchanges that it had previously used to provide insurance, citing significant losses as its reason. While this decision may have been made for other reasons, it will have major implications for the president’s landmark legislation commonly known as Obamacare. This problem goes beyond Aetna, which followed UnitedHealth’s decision to leave the exchanges in 2017–also pointing to significant losses as the motivation for its withdrawal. Read on to find out the full story behind the departures from the Affordable Care Act marketplaces, why companies are pulling out of it, and what implications this may have for the law going forward.

Passing and then implementing the Affordable Care Act, or ACA, was no easy feat. A wide range of politicians, including the Clintons, have made efforts to reform American health care for years, but these attempts largely failed. However, that began to change in 2009 when support for an overhaul began to swell and Democrats held the presidency and both chambers of Congress. Following the untimely death of Senator Edward Kennedy and opposition from Republicans, a complex legislative process involving a filibuster, cloture, and budget reconciliation eventually led to the Affordable Care Act’s passage in March 2010.

The health care law included a number of protections for consumers, like eliminating insurance companies’ ability to deny someone coverage because of a pre-existing condition, eliminated lifetime and annual limits on coverage, and prevented rescission. It also created an appeals process so people could challenge insurance companies’ decisions and allowed children to stay on their parents’ health plan for longer. The law attempted to cater to businesses as well by providing them a time frame to offer coverage to employees and also provided a number of tax credits. It let certain people continue with their existing coverage if purchased before a certain date and encouraged new enrollees through a tax if they did not sign up. Importantly, the legislation also allowed states to expand Medicaid coverage, which contributed to a dramatic decrease in the number of people without health insurance.

The ACA was quickly challenged in the courts and after a long fight was largely upheld by a Supreme Court decision in 2012. While this was a major victory it was not the last issue to plague the Act. It has had to endure a number of problems from the online marketplace not working when it was initially launched to repeated, high-profile challenges in the House and Senate. As of February, approximately 12 to 20 million people had enrolled in health insurance either provided by the marketplace or through coverage expansion such as the one with Medicare.

Why Providers are Leaving

Aetna is likely leaving public exchanges for many reasons, but particularly it posted a $200 million loss in the second quarter of 2016 in its individual products. While it is not pulling out of all the states it was operating in, it is leaving 11 of the 15. Aetna’s decision actually leaves one county in Arizona without any coverage at all. Some evidence suggests that Aetna’s decision to leave the exchanges may have amounted to payback for the Justice Department’s efforts to block its merger with Humana. But Aetna argues that the decision was purely based on its recent losses on the exchanges.

The following video looks at Aetna’s pullback from the marketplace in terms of the company’s possible motives and the implications going forward:

The issue might be left at that, but Aetna is not the only company leaving the exchange. Along with Aetna, UnitedHealthcare and Humana–the company Aetna recently tried to merge with–are both leaving exchanges. On top of these departures are those of smaller providers, including several government-funded carriers. For many of these providers, the biggest problem is demographics. Namely, the people signing up for the program are older and sicker than expected. Some people may also be taking advantage of insurers by waiting until they are sick or need medical help to sign up. These people require higher costs, which are not being balanced out yet by new, healthier enrollees. Because of these unanticipated developments, insurers have had a hard time setting their prices and, as a result, they are losing money.

Adding insult to injury, the Affordable Care Act is dealing with more than just the loss of insurance providers. In a recent study done by the New York Federal Reserve, one out of every five businesses in that district has reported hiring fewer people because of the law. Additionally, there are now allegations that some healthcare providers are steering patients to Affordable Care Act policies instead of Medicare and Medicaid because they receive higher reimbursements. This would raise costs for insurers because sicker patients end up on the exchanges instead of government-run healthcare plans.

While it definitely sounds bad, what exactly does the departure of major providers from ACA exchanges mean for the law? For starters, it means there will be a lot less competition in many places. In fact, 36 percent of markets now will have only one provider, which is up from just 4 percent at the beginning of the year. In five states–Alabama, Alaska, Oklahoma, South Carolina, and Wyoming–there will be only the one provider. On top of this, 55 percent will have only two or fewer providers, which is also up from 33 percent at the beginning of this year.

The biggest issue here, aside from the fact that one county in Arizona may wind up with no coverage options at all, is that competition was supposed to be an important way to cut healthcare costs. Without a competitive market, insurance providers can offer lower quality service at higher prices because there is no alternative. The accompanying video looks at what the major insurance companies are doing:

The news is not all doom and gloom, however, as other carriers are expanding in certain areas including Cigna in Chicago and a startup call Bright Health in Colorado, which was actually founded by the leaders of United Healthcare. Additionally, not all insurers are losing money either in the Affordable Care Act exchanges. In fact, many smaller insurers, who have more experience in government healthcare markets like Medicare and Medicaid, are actually thriving. They are succeeding because the experience they have gleaned has helped them operate on more moderate government-style plans than the more expansive employer-sponsored plans that larger insurers like Aetna are most familiar with.

Even if these large insurers ultimately decide to pull out of the market now that does not prevent them from reentering in the future. In fact, the opposite is true, as along with its announcement that it was leaving the government exchange, Aetna also hinted at the possibility of a return when the market was more receptive to its practices.

Republicans have attempted to repeal all or parts of the Affordable Care Act as many as 60 times since it was passed without success. While politicians may have been unable to sweep away President Obama’s crowning achievement, the market may have succeeded. Losing yet another major healthcare provider, such as Aetna, deals a major blow to the Affordable Care Act as it decreases competition and brings into question the viability of the entire system.

At least that is how some perceive it. To others, it is simply the result of survival of the fittest, where the companies best equipped to do business in a government exchange are and are doing well. While insurance giants balk over reported losses, these companies may fill in the gaps and grow their own brands further. Many, including President Obama, believe that the recent difficulties in the exchanges should revive efforts for a public option akin to Medicare or Medicaid. But as competition decreases in many local markets, the system has many issues that need fixing.

The Affordable Care Act is unlikely to go away entirely. Even if insurers continue to leave Obamacare exchanges, the law will have allowed for a dramatic expansion in health care coverage. Instead of revolutionizing the way health insurance is provided to individuals, the Affordable Care Act may end up looking like a traditional entitlement program that made insurance available to more Americans. After all, only 11 million Americans get their insurance through exchanges, while around 150 million have employer-provided plans. But in order to ensure that the marketplaces are viable going forward, more people will need to enroll and insurance providers will need to return to provide coverage. And that is by no means a simple task.

The Atlantic: Why Is Aetna Leaving Most of Its Obamacare Exchanges?

Business Insider: Obamacare has Gone from the President’s Greatest Achievement to a ‘Slow-Motion Death Spiral’

CNBC: Health Providers May be Steering People to Obamacare to get Higher Reimbursement

The Daily Caller: Another Huge Insurance Company Is Leaving Obamacare

eHealth: History and Timeline of the Affordable Care Act (ACA)

Michael Sliwinski
Michael Sliwinski (@MoneyMike4289) is a 2011 graduate of Ohio University in Athens with a Bachelor’s in History, as well as a 2014 graduate of the University of Georgia with a Master’s in International Policy. In his free time he enjoys writing, reading, and outdoor activites, particularly basketball. Contact Michael at staff@LawStreetMedia.com.
Share:
Related ItemsAffordable Care ActHealth InsuranceHealthcareObamacareObamacare Exchanges