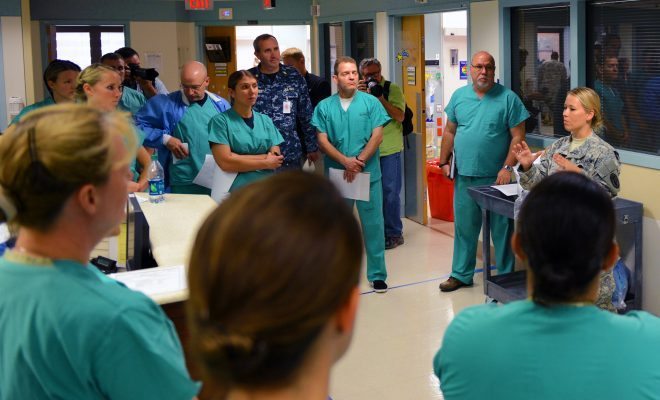 Incentives for Drug Development: The Case of Ebola

The recent Ebola outbreak is plaguing thousands across West Africa with illness and even death. In the modern age of science, it seems incomprehensible that there is not yet a vaccine for Ebola. Though the virus is an urgent health concern, pharmaceutical companies have few incentives to develop drugs to combat the disease. Read on to learn what happens when economic incentives do not align with public health needs, and what better solutions may exist for drug development.

What is the status of the Ebola outbreak and vaccine?

Ebola virus disease is characterized by fever, intense weakness, and muscle pain, leading to more severe symptoms. Ebola was initially transmitted by animals and is now spreading between humans through contact with bodily fluids. The outbreak was first detected in Guinea, by which time it had already spread to Liberia, Sierra Leone, Senegal, and Nigeria. A separate outbreak occurred in the Democratic Republic of Congo, which is believed to be unrelated to the outbreak in West Africa. The virus has primarily infected villages where there is extreme poverty and insufficient medical care to combat the spread of the virus.

Mortality rates for the Ebola virus are well over 50 percent. Since March, Ebola has killed more than 1,500 people, making it the deadliest outbreak of the virus in human history. The World Health Organization estimates that the Ebola outbreak could affect 20,000 within the next nine months, and that roughly half a billion dollars is needed to stop the spread. Watch the video below for more information on the outbreak:

Ebola first appeared in 1976, yet nearly 40 years later no approved vaccination exists. In part this is due to the nature of the virus. Since incidents of Ebola are rare and occur in remote villages, it is difficult for scientists to effectively obtain samples and study the disease. Scientists cannot predict when an Ebola outbreak will occur, and even during a typical outbreak there are rarely enough people for a vaccine trial.

Since the outbreak, scientists are furiously working on an Ebola vaccine, and requests for approval are being fast-tracked. In the United States, the National Institutes of Health partnered with GlaxoSmithKline to develop a vaccine. The potential vaccine tested very well on primates, but the trial on humans only began on September 1. Initial data from the trial will not be available until late 2014. A number of other prototype vaccines are being worked on across the world.

ZMapp was the experimental drug given to two Americans who contracted Ebola this year. While vaccines are designed to prevent future infections, ZMapp was designed to treat an existing Ebola infection. Both Americans who took the drug recovered, but the company that manufactured ZMapp has exhausted its supply.

Developing a new drug or vaccine is an extremely long process due to stringent regulation. Candidates for a new drug to treat a disease range anywhere from 5,000 to 10,000 chemical compounds. Of these compounds, roughly 250 will show promise enough to warrant further tests on mice or other animals. On average, ten of these will then qualify for tests on humans. Since certain outbreaks, such as Ebola, do not lend themselves to have vaccines ethically tested on humans, the United States does provide a way for the drugs to be approved on animal tests alone.

Pre-clinical and clinical development for a new drug takes between 12 to 15 years, though the Ebola vaccine should come much sooner. Pre-clinical development includes testing the various chemical entities and meeting all regulations for use. Three sets of clinical trials are then conducted on humans. Clinical phases include trials on healthy humans to test for the safety of the drug. Testing then moves to those who are ill to see if the treatment is successful. If successful, the drug is submitted for further approval by the Food and Drug Administration. Other countries have similar regulatory bodies to the FDA. Internationally, the World Health Organization oversees which drugs can be used to combat a crisis like Ebola. Learn more details about the development process by watching the video below:

The problem is not that scientists lack the capability to create an Ebola vaccine, but rather that the economics of drug development do not entice companies to develop such a vaccine. Pharmaceutical companies estimate the cost of the entire process of developing a new drug to range from hundreds of millions to billions of dollars. Many times the drugs are not successful, in which case the companies have spent a huge amount of money and have no profit-making product. A Forbes analysis estimates that 95 percent of experimental drugs tested ultimately fail. Only one in five that reach the clinical trial phase are approved.

Given the low rate of success for potential drugs and the huge amounts of money that can be spent on research and development of drugs, cost plays a huge factor. In the United States, basic discovery research is funded primarily by government and philanthropic organizations. Development in later stages is funded mostly by pharmaceutical companies or venture capitalists.

Why do some see funding as a problem?

Funding for areas that support public health is a tricky issue. Since pharmaceutical companies are looking to make a profit, they have an incentive to make drugs that a large number of people will take and be on for a long time. Most research and development for these companies target diseases that affect wealthy people in primarily Western countries.

Targeting wealthier clients leads to a severe underinvestment in certain kinds of drugs. Diseases of poverty cannot compete for investment from financial companies looking for big return. Ebola infects relatively few and primarily affects the poor. Ebola is similar to diseases like malaria and tuberculosis, which kill two million people each year but still receive little attention from pharmaceutical companies. Watch the video below for more on the economics of drug development:

Neglected Tropical Diseases, a set of 17 diseases including Dengue Fever and Chagas Disease, affect more than one billion people each year and kill half a million. Most of these diseases could be completely eradicated, but the drugs are not widely available. One study found that of the more than 1,500 drugs that came to market between 1975 and 2004, only ten were aimed at these diseases.

Even though developing countries may experience an outbreak of a disease, the demand for new drugs is limited. In rural villages in Africa, many reject clinical drugs for diseases such as Malaria and Tuberculosis. Instead, they favor spiritual healers and herbal remedies.

What is being done to promote drug research of neglected diseases?

The Office of Orphan Products Development (OOPD) in the FDA was designed to advance development of products that could be used to diagnose or treat rare diseases affecting fewer than 200,000 people. Orphan diseases do not traditionally receive much attention from pharmaceutical companies. The program provides a tax credit of up to 50 percent for research and development of drugs for rare diseases. When these drugs do become available, however, there is still no guarantee that patients will be able to afford them.

Since 1983 the OOPD program successfully enabled the development and marketing of more than 400 drugs and products. In the ten years prior, only ten of these products came to the market. Learn more about the OOPD with the video below:

Additionally, in 2007 the FDA created a voucher program to encourage research for neglected diseases. If a company receives approval for a drug for neglected diseases, it will receive a priority review voucher to speed up the review time for another application. Only four of these vouchers have been awarded so far.

Are there better ways to fund drug research?

Some argue that researching very rare diseases is not worth the time, and that instead research should be focused on more prevalent diseases. Companies will naturally invest in research for the most pressing concerns that offer the greatest opportunity for profit. Drug development for rare diseases should not be encouraged since the diseases occur so infrequently. Others argue research for rare diseases is essential to public health. The case of Ebola shows that even rare diseases can have a disastrous world impact.

Beyond public health, knowledge about the workings of any serious virus or disease is important to combat threats of bioterrorism. Concerns of bioterrorism are what led to Ebola research in the past. Serious threats of bioterrorism force the government to partner with research institutions to learn more about rare diseases. In March, the University of Texas and three other organizations received $26 million from the National Institutes of Health to find a cure for Ebola and the Marburg virus in case they were ever used for a bioterrorist attack. Other groups partnered with the Department of Defense to find an injectable drug treatment for Ebola.

Prizes and grants are seen as ways to incentivize companies to develop drugs for diseases they might otherwise ignore. Financial incentives would encourage speedy development for an Ebola vaccine. The World Health Organization has looked into building a prize fund, where a centralized fund would reward drug manufacturers for reaching certain research goals. These tactics are more cost effective for the government, since they only have to pay if the product actually works. By creating grants for specific drugs, the government can pull research into neglected areas. Most prizes and grants, however, are not offered until a severe outbreak occurs, by which time many people are already in need of drugs.

Others point to room for greater partnerships between various entities for drug development. The greatest area for partnerships is between development groups and pharmaceutical companies. For instance, if a company pays to research and develop a product, the government could pay the company for the right to the product and could then promote the product itself without worrying about profit. In another case, GlaxoSmithKline and Save the Children arranged for someone from the charity to be on GSK’s research and development board, so the groups can share expertise and resources.

The Ebola outbreak indicates areas in which our current drug development model is lacking. People are dying because no Ebola vaccine exists. When pharmaceutical companies search only for profits, drugs for rare diseases go neglected. By expanding partnerships and offering greater prizes and financial incentives, the government can encourage drug research for these otherwise neglected diseases.

CNN: Ebola Outbreak: Is it Time to Test Experimental Vaccines?

Vox: We Have the Science to Build an Ebola Vaccine

NPR: Would a Prize Help Speed Up Development of Ebola Treatments?

Washington Post: Why the Drug Industry Hasn’t Come Up with an Ebola Cure

Alexandra Stembaugh
Alexandra Stembaugh graduated from the University of Notre Dame studying Economics and English. She plans to go on to law school in the future. Her interests include economic policy, criminal justice, and political dramas. Contact Alexandra at staff@LawStreetMedia.com.
Share:
Related ItemsDrug DevelopmentEbolaEconomicsEpidemicGlaxoSmithKlineGSKMedicineNational Institutes of HealthNIHOrphan DrugsPharmaceuticalsPovertyResearch and DevelopmentVaccineWest Africa