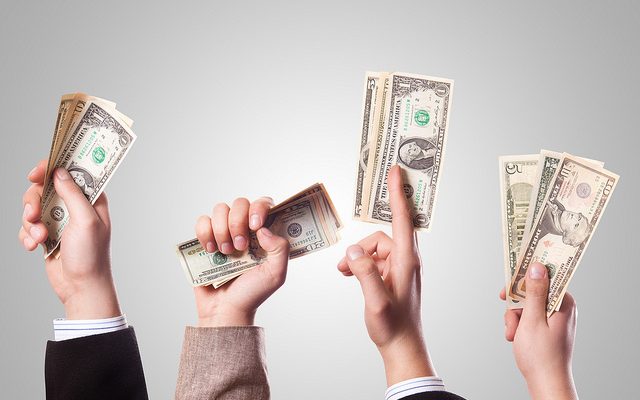 The Minimum Wage: Where Are We Going and How Did We Get Here?

To raise or not to raise? That is the question when it comes to the minimum wage. The national minimum wage is $7.25, but many states have set their own minimum wages a few dollars higher (see how your state stacks up). A person working at the federal rate would earn about $15,000 a year. When the current rate was set in 2009, a single parent raising a child under the age of 18 would be above the poverty line…though not by much.

Tim Worstall, a Forbes contributor, raised this exact concern when talking about Seattle raising its minimum wage back in 2016. “A rise in the price of something will lead to people purchasing less of that thing,” he said in an article for Forbes. “So a rise in the price of low-skill labor will lead to employers purchasing less of low-skill labor.” A trend, Worstall said, that was confirmed when Seattle raised its minimum wage and saw a decrease in hiring low-wage workers.

History of the Minimum Wage

Since its introduction, Congress has raised the minimum wage 22 times. The most recent raise was in 2009 when it increased from $6.55 to $7.25. There are many reasons why the minimum wage gets raised, including inflation and the changing value of the dollar, as well as an increase in productivity.

The Case for Raising the Minimum Wage

One of the strongest cases for raising the minimum wage is the fact that a single parent, working for the minimum wage and raising a child under the age of 18, is living below the poverty line. If the minimum wage was invented to help and protect workers, this is a clear failure.

Another argument for raising the minimum wage would be the positive effect it might have on the economy. According to a report from the Federal Reserve Bank of Chicago, increasing the minimum wage by $1.75 an hour would result in an increase of $48 billion in household spending. When people have more money, they will spend more money. If a family is living at or below the poverty line, they are less inclined to spend what little money they have on anything but the essentials. Earning even a little more an hour, households would have more to spend on products that they normally would not have purchased.

In addition, raising the minimum wage could help augment the disparity in wages in the U.S. The disparity between the richest one percent and the rest of the country is staggering. Raising the minimum wage has the potential to move almost 900,000 people (out of 45 million) out of poverty, according to the Congressional Budget Office. While this is a small percentage, it is a step in the right direction. Bringing people out of poverty eases tension on the government, as a less impoverished populace means that the government will spend less on welfare and programs.

Peer pressure is another reason to raise the minimum wage. An article in The Economist explains that the U.S. is an outlier when it comes to other countries’s minimum wage rate. Considering the U.S.’ GDP per person ($53,000), the country’s minimum wage should be about $12 per hour. Converted to U.S. dollars, the minimum wages of many other western countries far surpass America’s. Australia, France, Germany, the U.K., and Canada all have higher minimum wages than we do. However, this is not a case of apples to oranges. Living conditions, local economies, taxes, health care, and a slew of other factors play into this as well.

The Case Against Raising the Minimum Wage

Next, while decreasing the need for welfare paid by the government sounds positive, the money does have to come from somewhere. While the government is not paying as much for welfare, companies now take on that burden of paying people more. The effect of this is two-fold. Companies, in an effort to save money, may lay off workers, thus putting more people on welfare anyway. Companies may also raise the prices of their products, so the consumers will take a hit for the higher paid employees.

Also, companies may slow hiring employees because they now “cost” more. When it comes down to someone getting paid $7.25 an hour or $0.00 an hour, getting paid something is more beneficial than not earning anything at all. These threats are not just hypothetical. Rising minimum wage rates are happening in certain states and the effects are already starting to show.

In January 2017 some states raised their local minimum wages, causing national chains based in those restaurants to start paying their workers more for the same job they were doing before. Wendy’s CEO Bob Wright expects to spend four percent more on employees’ wages. To offset this, Wright had every store cut 31 hours of labor per week and replaced that lost labor with automated kiosks at some locations.

Some critics also argue that raising the minimum wage hurts lower-skilled workers and younger workers. The Pew Research Center published an article claiming that nearly half of all workers who are earning minimum wage are aged 16 to 24. Young members of the workforce who are trying to break their way in will have a harder time.

Companies might be less willing to hire someone with no experience and pay them a higher wage. They will be more willing to hire someone with more experience who they feel will be a better value for this higher price. Of course this then becomes a vicious cycle of young workers not getting hired because they do not have experience and having a harder time finding work because they continue to not get experience. A lower minimum wage might give young workers more opportunities.

What Should the Minimum Wage Be?

If the minimum wage is going to increase, how much should it increase by? There are a variety of numbers that get thrown around when talking about raising the minimum wage. Here is a breakdown of how people arrive at these figures.

Some people argue it should be raised to $21.67. The minimum wage had the highest purchasing power in 1968 when it was $1.60, or roughly $10.55 today when adjusting for inflation. Some studies show that personal income, excluding Social Security, has increased by 100 percent, and thus the minimum wage should be adjusted to fit that standard as well.

Others argue it should be raised to $15. In 2014 and 2015, many major cities put into place economic plans that would gradually increase the minimum wage to $15 by 2017 and 2018. Cities that enacted those plans include New York, Seattle, San Francisco, Los Angeles, and Washington D.C.

There has not been much movement at the federal level. Individual states are combating the federal inertia. On January 1, 2017, 19 states raised their minimum wages. The majority of the changes were to adjust for inflation (Missouri, Ohio, and Florida raising their minimum wages by only $0.05 an hour), but some states saw significant increases, like Maine (from $7.50 to $9.00), Washington ($9.47 to $11.00), and Arizona ($8.05 to $10.00). Many states have plans to increase their minimum wages in the coming years as well.

As a candidate, President Donald Trump suggested the minimum wage might be too high. In a debate in November 2015, he said in his opening statement that he would not raise the minimum wage and that wages were “too high.” He had said previously that year in an interview with MSNBC that a higher minimum wage would hurt America. “We can’t have a situation where our labor is so much more expensive than other countries’ that we can no longer win,” Trump said. This may be bad news for Trump supporters, many of whom work at the minimum wage and struggle to get by.

The minimum wage debate is not a new one and it’s not one that will end any time soon. Inflation and the fluctuating value of the dollar will forever throw the minimum wage’s value into question. As it stands, the current minimum wage is too low for many people to live on, but too drastic of an increase could result in far more catastrophic job loss. A delicate hand and a knowledgable course of action will be the best hope going forward. It seems that this issue will not be raised in the current administration any time soon; individual states should (and are) trying to ameliorate the issue on a local scale. If you want to see change, go out and call, mail, email, tweet, or visit your local representatives. They’re the ones who will be able to help the most right now.

Anne Grae Martin
Anne Grae Martin is a member of the class of 2017 University of Delaware. She is majoring in English Professional Writing and minoring in French and Spanish. When she’s not writing for Law Street, Anne Grae loves doing yoga, cooking, and correcting her friends’ grammar mistakes. Contact Anne Grae at staff@LawStreetMedia.com.
Share:
Related ItemsEconomicsEconomyMinimum WageThe Money BlogTrump