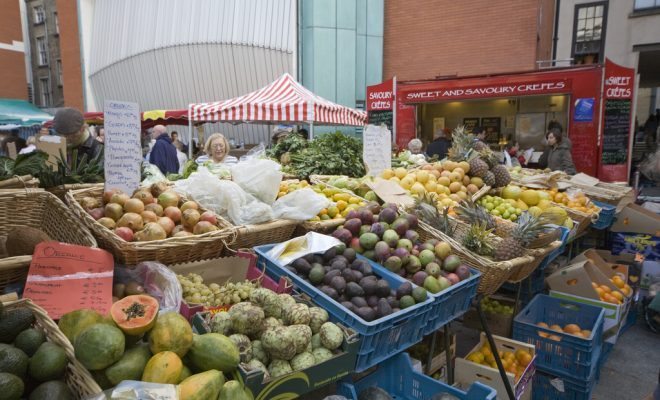 Hunger: An Intractable Problem With a Myriad of Causes

People starving or going hungry seems like something out of the past in the United States. After all, aren’t we always telling ourselves how we are the wealthiest and greatest nation on the planet? Although those are certainly debatable points, we are definitely one of the fattest at least, right? Well while the United States is home to immense wealth, happiness, and large waist lines, hunger is still a very real problem here. In fact, one in six people in this country faces hunger every day. That number increases to one in five for children, one in three if the child is black or Latino. The point is that even in the United States, the lone remaining superpower, hunger is still a major issue. Furthermore, if it is a problem here then it is likely a problem everywhere. The question then, is how to solve the crisis? How do we make it, to quote Gone From the Wind, so that, we “never go hungry again?”

Why is there a food shortage?

In looking for the culprit for hunger, naturally it seems wise to look for the root of the problem. However, while it may seem like a no-brainer that hunger is caused by a shortage of food or lack of production, this is actually false. In fact today we already produce enough food to feed everyone on the planet and the amount of food being produced each year actually outpaces population growth as well. Although it is as of yet unclear whether production can keep up with growth indefinitely, right now the amount of food is not the major issue concerning hunger. If the amount of food isn’t the issue, then what is it?

The answer to that question is several-fold. First as always, cost plays a major role. After all nothing in life is free, especially not lunch. Truthfully though it is not so much a matter of cost as it is a matter of poverty. In fact when it comes to hunger, poverty is inextricably intertwined. Poverty is akin to a disease that weakens the immune system and cost is what is then allowed to spread. While there is clearly enough food to feed the world’s population, it is not equally and appropriately distributed because many groups throughout the world simply cannot afford it.

Along this same vein is the cost of production. While this is certainly less of a problem in the United States with its advanced transportation structure the simple act of harvesting food and transporting it to a market for sale can price out needy people in other regions of the globe.

As a result this can lead to hunger. It can also cause malnutrition, as those unable to afford healthy–or any–food turn to cheaper and less nutritious substitutes. This can further serve as a catch 22 of sorts, as the inferior food makes a person weaker and less healthy and thus less able to find an occupation that could provide nutritious food that would then lead to better health.

Another major problem is the amount of food wasted. According to the World Food Program, every year one-third of the food that is produced is never consumed and is instead wasted. In addition along with the wasted food are all the wasted resources such as fertilizers and water that go into food production. Thus while enough food is produced to feed seven billion people, it is unlikely there is enough to feed those same seven billion and throw away another third.  The video below provides a more detailed breakdown on yearly waste.

While waste may be a less apparent reason for hunger, perhaps the most obvious is conflict. Indeed in areas of prolonged and expansive war, hunger is a very serious problem. Not only does the physical destruction from battle destroy valuable farmland, the conflict also forces people off their lands and often into other areas that are already struggling to feed their own people. A real-time example of this is what is currently going on in Syria. With refugees trying to flee the conflict, the means to adequately feed the ever-growing displaced population are fewer and fewer to come by.

Along with cost, waste, and conflict is another growing concern related to hunger–the impact of climate change. According to Worldwatch Institute, climate change could affect many of the agricultural areas that can least afford it such as South and Central Asia, sub-Saharan Africa, and the Middle East. While it may improve the conditions for other needy areas such as East Asia and Latin America, this still greatly increases the chances of malnutrition for the world’s poor. Furthermore it also puts the question of adequate production further into doubt. According to the study, by 2050 there will actually be less food being produced than in 2000. This is especially concerning in that the population by 2050 is expected to grow from approximately seven billion today to nine billion then.  The video below details the dangers of climate change on food production.

Ways to Fix the Problem

Although hunger is an age-old problem and new challenges are rising that exacerbate it, there is still room for hope. That hope comes in the forms of a number of programs aimed at addressing the root causes of hunger and its resulting side effects.

At the grassroots level are programs such as the one initiated by the organization Stop Hunger Now. The approach of this organization is two-fold: first is the actual feeding of hungry children around the world via healthy food packets that are high in nutrition and can improve development, and second are programs aimed at combating poverty, one of the major causes of hunger globally. This includes teaching skills to break the cycle of poverty and educating people on better health practices, which reduces the risk of malnutrition.

Along with private programs are government efforts. In the immediate are programs that address hunger directly, such as those that assist in buying food like SNAP, also commonly known as food stamps. In 2013, one in five households was on food stamps–an all-time high. To help feed all these people the government spent approximately $80 billion in 2013.

There are also government efforts on the global scale as well. One such program conducted by the United States is known as Feed the Future. How this program works is first the federal government selects a number of countries. The next step is the planning phase where the government then tailors programs for each country. Once the planning step is completed, a large investment is made aimed at empowering women, growing high-yield and diverse crops, creating an adequate infrastructure for moving the product once is has grown, and above all else providing an occupation that can help lift people out of poverty.  The video below explains the Feed the Future program in greater detail.

These programs and countless other similar programs are providing a means both to fight hunger at the present and the overall issues underlying it specifically poverty.

In 2000 the United Nations released a set of eight goals it wished to achieve by 2015 known as the Millennial Goals. Number one on the list, eradicate extreme poverty and hunger. This goal was very ambitious, even bordering on unrealistic. Thus by next year hunger and extreme poverty are not likely to be completely done away with.

Nonetheless, the rates of both are greatly reduced. Extreme poverty for example has been cut in half, which as has been alluded to, is essential to ending hunger. Reducing hunger directly has also met with great success, in 2012 and 2013 for instance, 173 million fewer people faced continuous hunger compared with 1990 to 1992. The number of children whose growth has been stunted by poor nutrition has also decreased markedly as well from 40 percent to 25 percent today.

Indeed significant gains have been made in the fight against hunger. While there is still no panacea to end it, all these steps and programs have made more than a dent. Continued efforts to address the main causes will only go further in reducing it; however, to ever completely eradicate it, seismic shifts need to be made in ending problems like inequality, war, and waste. Hunger therefore is not likely to ever be eradicated overnight, instead it will take a continued effort, one hungry mouth at a time.

Do Something: 11 Facts About Hunger in the United States

Michael Sliwinski
Michael Sliwinski (@MoneyMike4289) is a 2011 graduate of Ohio University in Athens with a Bachelor’s in History, as well as a 2014 graduate of the University of Georgia with a Master’s in International Policy. In his free time he enjoys writing, reading, and outdoor activites, particularly basketball. Contact Michael at staff@LawStreetMedia.com.
Share:
Related ItemsFoodFresh FoodHealthhungerPovertyUnited NationsWealth