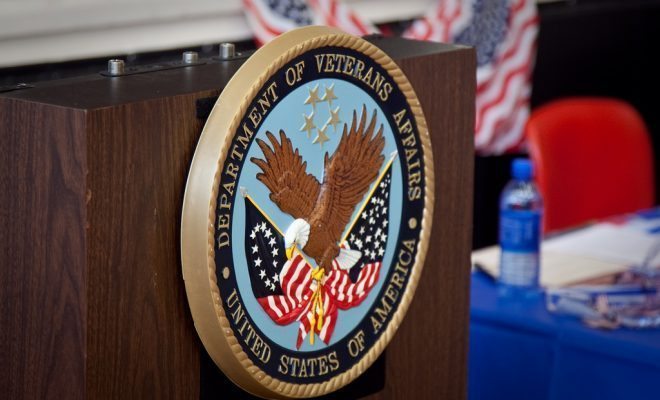 "department of veterans affairs" courtesy of [Ed Shipul via Flickr]

Did the Program Meant to Rescue the VA Healthcare System Make it Worse?

Two years ago, Congress created a new program, the Veteran’s Choice Program, to fix the well-publicized problems facing health services at the Veterans Affairs Administration, known as the VA. These problems ranged from poor care to wait times to see a doctor that were so long a person was likely to end up dead before they could be told why they were dying. Two years later, the program meant to put an end to these issues is experiencing the same problems and may be even worse than it originally was.

How did the VA healthcare system get to this point? Read more to find out how the VA system was originally crafted, and the issues it faced and continues to face as those in charge search for answers.

Since the beginning of war, disease–not actual conflict itself–has been the number one killer of soldiers. With that consideration in place, the United States has offered benefits of some kind to veterans going all the way back to the Revolutionary War. While the system is still serving veterans of wars long over, it became more codified in 1930 when President Hoover created the Veterans Administration. At the time of its inception, the system had 54 hospitals, served 4.7 million veterans, and employed 31,600 people. Over the following years, a number of other agencies were created, including the Board of Veterans Appeals in 1933, the Department of Medicine and Surgery in 1946, and the Department of Veterans Benefits in 1953. All of these departments were eventually organized under the singular umbrella of the VA, which was also made a cabinet level department in 1989.

Over the years, the system has grown in size to become a massive department today. Now, the Veterans Health Administration operates with an annual budget of $59 billion. This budget covers a lot; according to the VA, it funds “150 medical centers, nearly 1,400 community-based outpatient clinics, community living centers, Vet Centers and Domiciliaries.” The system also employs over 305,000 health care professionals. On top of this, the VA is the largest Medical training system in the United States, serving the most graduate-level students and contributing greatly to continued medical research and discovery. This includes 76,000 volunteers, 118,000 trainees, and 25,000 faculty.

Overall, this massive system serves over 9 million veterans in the United States. Based on VA guidelines, once enrollment is initiated veterans undergo a means test to see if they are a priority and if they are able to afford the co-pays. Once these steps are completed, veterans then go to see a doctor within 14 days if they are new patients and between 14 and 30 if they are existing members.

Problems with the VA

The issues plaguing the VA primarily center on wait times. This concerns one of the three branches covered by VA system, namely the Veterans Health Administration. The other two primary branches deal with benefits and burials for veterans. The VA scandal involved a variety of issues, but wait times and the difficulty that many veterans have merely accessing medical care garnered most of the public’s attention.

Some veterans have had to wait for longer than 125 days to see a doctor, a stark contrast to the 30 days required by the system. In facilities across the country, there have been allegations that administrators falsified records to make it appear as though patient wait times were not longer than required. It had gotten so bad that some may have even died while waiting; however, due to record keeping issues, we don’t know exactly how many veterans with pending records were actually waiting for care when they died.

These complaints were not isolated to just one or a few places either, locations in Phoenix; Fort Collins, Colorado; Miami; Columbia, South Carolina; and Pittsburgh, to name a few, all reported problems. There were also issues with claims, especially as more Vietnam veterans were included in disability coverage. Claims have no time limit and can be filed at any point. The primary backlog that most are concerned with is not for decisions on claim appeals, but for the initial claim decisions themselves. These issues were severe enough that the head of the VA resigned in 2014 after the extent of the scandal became known.

Two years after the initial reports broke, results are still not much better for the VA system. This year there have again been reports from states about inaccurate wait times, cost overruns, poor care, and refusal to discipline employees despite poor care.

The following video looks at the scandal with the VA system:

The New System and Lingering Issues

In an attempt to solve the problem Congress created the Veteran’s Choice program. At a cost of $10 billion, this program was supposed to put an end to the problems facing the VA system, particularly long wait times to see a doctor. Under the program, eligible veterans are able to get healthcare from nearby medical centers rather than traveling to VA facilities if wait times or distance are an issue. However, instead of helping, the effort has by many measures made things worse. Wait times have actually increased under the new program, though, according to the VA that is in part because so many veterans are trying to use it. In some places, veterans were never referred to the program or the doctor they were designated to see was too far away.

Based on the system’s structure, the patient had to be the one to initiate appointments, not the provider. However, that wasn’t entirely clear for everyone involved and many veterans were left waiting for calls to schedule appointments. And even in cases where veterans are able to schedule an appointment and see a doctor, the Choice Program has a long backlog of payments that prevents doctors from being paid on time. Doctors have reportedly waited for 90 to 180 days after a long claims process to simply get paid for their services. The situation got so bad that thousands of veterans referred to the new program actually ended up going back to the traditional VA system because it was more efficient.

Why Isn’t it Working?

So how has the new system that was meant to address these problems only exacerbated them in many cases? The answer starts with how the program was set up in the first place. The program’s basic tenet was to give veterans care faster and closer to home, specifically, this meant that if patients had to wait more than a month to make an appointment or drive over 40 miles to the nearest VA facility, they would be eligible. But the system has largely failed to live up to those promises largely because of how quickly the program was created and implemented.

Namely, once Congress approved funding and the president signed the Choice Program into law, the VA was only given 90 days to implement it. This was a program that would affect millions of veterans, hundreds of thousands of medical care professionals, and the families of both. The deadline was so short, in fact, that the VA quickly excluded itself from the process because it knew it would be unable to meet the requirements. This forced the agency to look to the private industry. However, most companies in the private industry were also turned off by the 90-day timeline.  While the VA was ultimately able to settle on two organizations, they have been scrambling to build the requisite network of health care professionals and still rely on the VA for referrals leading to the delays. The system proved to be too complicated and difficult to use for everyone involved, from veterans to doctors and VA administrators.

The accompanying video looks at the problems with the Choice Program:

When the true reality of the VA scandal broke two years ago, everybody agreed that the system was broken and needed to be fixed, fast. However, this is not the type of system that can be repaired and streamlined in just a few months. Unsurprisingly, the quick fix has turned into a disaster in need of a fix of its own. So what is the appropriate action moving forward?

Some have called for a total dismantling of the VA healthcare system as it is known today. Instead of providing care directly to veterans, the new system would simply pay for their care. However, critics are quick to denounce a system that would leave veterans to their own devices. It does seem unlikely an organization as sprawling as the VA will be torn down completely. Consequently, more internal reforms are likely. While the situation is in dire need of a solution, new fixes should not be rushed. Lawmakers will need to create a system that works well and gives veterans the care they need when they need it.

NPR: How Congress and The VA Left Many Veterans Without A ‘Choice’

NPR: For The VA’s Broken Health System, The Fix Needs A Fix

U.S. Department of Veterans Affairs: 10 Things to Know About the Choice Program

The Washington Post: Everything You Need to Know About the VA–and the Scandals Engulfing it

Michael Sliwinski
Michael Sliwinski (@MoneyMike4289) is a 2011 graduate of Ohio University in Athens with a Bachelor’s in History, as well as a 2014 graduate of the University of Georgia with a Master’s in International Policy. In his free time he enjoys writing, reading, and outdoor activites, particularly basketball. Contact Michael at staff@LawStreetMedia.com.
Share:
Related ItemsDepartment of Veterans AffairsHealthcareVAVeteransVeterans Health Administration