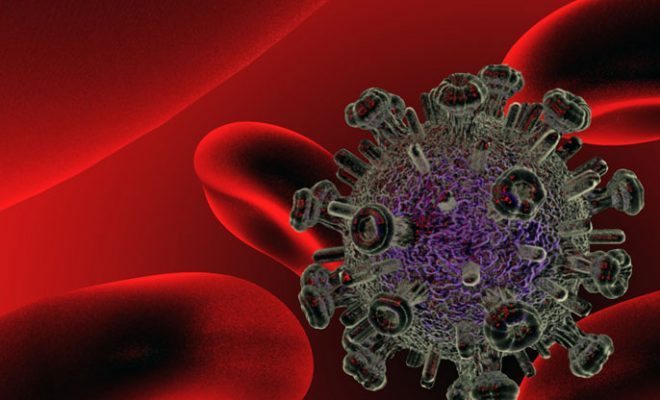 Cancer. Just one little word that sets hypochondriacs everywhere on edge. To some, the word means nothing but certain death. If that seems a little dramatic to you, guess what’s the second most common cause of death in the United States? That’s right, cancer.

What about the word “virus”? Scary…but not nearly as scary as cancer. It’s certainly not a word that evokes hope. But that may change as medical breakthroughs present a compelling question: can we use viruses to treat cancer?

How could we use viruses to cure cancer?

I know what you’re thinking. How can two negatives combine to achieve something as positive as a cure for cancer? The answer lies in your immune system.

Your immune system pinpoints a virus as a foreign invader, and works to eliminate it. Kind of like how our government would react to an alien spaceship entering Earth’s atmosphere.

On the other hand, your immune system has a harder time detecting cancer. Cancer cells share more characteristics with your own harmless cells than viruses. After all, cancer does originate from your own cells. It’s not in your body’s best interest to attack its own cells, so your immune system may overlook cancer as a threat. Kind of like how the government would react to a standard American aircraft filled with aliens. Seeing the aircraft as one if its own, they would leave it alone, and we’d have an invasion.

In summary, your immune system recognizes and fights viruses, but often not cancer.

So where does the cancer treatment part come in?

That is the basis for how we may use viruses to treat cancer in a process known as oncolytic virotherapy.

Let’s go back to our surreptitious alien friends (cancer). They’ve made it into our atmosphere in their inconspicuous plane and are having a lovely joy ride when that alien spaceship (virus) joins them to transfer some of its passengers. Someone is bound to notice this suspicious activity and alert the authorities. Now the government (immune system), is wise to the presence of foreign invaders in both aircrafts and prepares for attack.

In oncolytic virotherapy, a virus infects a cancer cell. Distressed by this turn of events, the tumor cell releases cytokines which are really just messenger proteins. The cytokines raise the inflammation red flag and the immune system dispatches its sniper-like white blood cells to eliminate the source of inflammation–the infected tumor cell.

That was just one cell. What about an entire cancerous tumor? That’s where a virus’s prodigious replicating power is actually a good thing. Viruses don’t reproduce per se, but inject their own genetic material to commandeer host cells and replicate with their help. Replicating is a virus’s raison d’etre, host cells beware. After one cancer cell is successfully infected, the virus uses it as its replication puppet, consequentially infecting more cancer cells. So one transmission of a virus to a patient could cause destruction of many cancer cells and possibly an entire tumor.

To truly understand this process, take a moment to brush up on your viral replication knowledge. This video will help you out:

Will any virus work?

Any virus can infect and destroy a cancer cell, but it can also infect and destroy healthy cells. Successful oncolytic virotherapy requires a more selective virus–an oncolytic virus. The word oncolytic stems from oncolysis, which means the destruction of tumor cells. Oncolytic viruses are specifically attracted to tumor cells and leave your normal, healthy cells alone. This type of virus combats cancer cells without making patients sick.

Yes and no. The concepts underlying virotherapy have been recognized for years. Doctors have pondered the use of viruses to treat cancer for more than a century as they discovered tumor remissions after viral episodes. As early as 1904, researchers noted a remission of cervical cancer in a woman given the rabies vaccination. But while early observations were strong, patient tests yielded erratic results. Then, technological breakthroughs took off in the 1940s and transformed oncolytic virotherapy from dream to possibility.

Scientists began studying genetic material in vitro by the 1970s, opening doors for new experiments and tests. The discovery of recombinant DNA technologies in the 1990s sparked an explosion of breakthroughs in genetic engineering. Genetic engineering took oncolytic virotherapy to new levels.

Genetic engineering empowered scientists to devise oncolytic viruses with certain ideal characteristics for safer, more specific, and more effective oncolytic virotherapy. Scientists created viral vectors that target tumors in the body even more specifically than naturally occurring oncolytic viruses by isolating the human genes that code for tumor antigens. This heightened specificity diminished risk of infection in healthy cells and the toxicity witnessed in early murine (family of rats and mice) and human experiments was mitigated.

Many find the concept of engineering viruses a bit on the scary side. I Am Legend, both the book and the movie, epitomizes distrust of viral engineering. The story features some possible side effects of tinkering with nature. Spoiler alert: it doesn’t go well for the people in this story.

But fear not, scientists aren’t cooking up a myriad of franken viruses in their labs unchecked. The field is regulated by the Food and Drug Administration with detailed oversight from the Recombinant DNA Advisory Committee reporting through the Office of Biotechnology Activities. To conduct a human study, researchers have to file an investigational new drug application with the FDA. They must provide ample evidence of human safety from prerequisite lab and animal tests. Rest assured they are working hard to prevent a virus induced apocalypse.

What other government activities could possibly affect the future on oncolytic virotherapy? Well, if there’s one thing cancer research requires other than brilliant brains, it’s money. In that vein, organizations like the American Society of Clinical Oncology find the stagnant growth in federal funding for cancer research disheartening.

In fact, 75 percent of oncologists in the United States say that current funding slumps impact their ability to conduct cancer research. Check out this infographic from the American Society of Clinical Oncology that sums up the situation.

Even so, proposed legislation to invest in biomedical research, encourage innovation in biotechnology, and fight off the deadliest cancers proves confronting cancer remains a priority for representatives. It looks like the War on Cancer started by the Nixon administration in 1971 is still going strong today.

Mayo Clinic announced a great success in oncolytic virotherapy last May. One nearly hopeless woman saw complete remission of her multiple myeloma after injection with the measles virus – enough to vaccinate 100 million people. Speaking of vaccines, Dr. Mark Federspiel actually came up with the proper concentration of the virus by building up a strain of the measles virus used safely in vaccines. Watch to find out how this success is giving doctors hope for a one-shot cure for cancer:

Hungry for more evidence? Check out Table 1 of this article for a list of published clinical trials in the field of oncolytic virotherapy. One major critique of the therapy is that lab successes often don’t translate to human trials.

What are we waiting for?

There are a few kinks to work out in the field of oncolytic virotherapy before the procedure gains mainstream acceptance.

Here are a few key hurdles:

A one-shot cure for cancer? Who wouldn’t love that? While it seems like a fairy tale, recent successes are creating buzz that we may be getting closer. Even if one shot doesn’t do it, many believe oncolytic virotherapy can be used synergistically with other cancer therapies to induce tumor remission.

Hope is the most important part of our War on Cancer. Hope drives us to continue fighting in the face of a daunting adversary. Is there reason to hope viruses may be used to treat cancer? Absolutely. Is further research and testing needed? Again, absolutely. The field of oncolytic virotherapy has made incredible progress since the first whispers began over 100 years ago. Surely the next century will bring more advancements than we can possibly imagine today.

Genelux: What is Oncolytic Virotherapy?

BBC: How Does the Body Fight Off a Virus?

The New York Times: Viruses Recruited as Killers of Tumors

Dove Press: Applications of Coxsackievirus A21 in Oncology

Ashley Bell
Ashley Bell communicates about health and wellness every day as a non-profit Program Manager. She has a Bachelor’s degree in Business and Economics from the College of William and Mary, and loves to investigate what changes in healthy policy and research might mean for the future. Contact Ashley at staff@LawStreetMedia.com.
Share:
Related ItemsAmerican Cancer SocietyCancerInnovationOncolyticOncolytic VirotherapyResearchScienceVirotherapyVirus