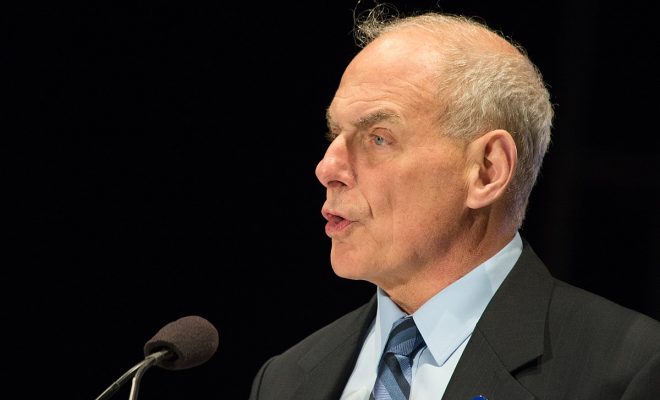 The Trump Administration recently announced it would be delaying an Obama-era rule that would allow foreign entrepreneurs to temporarily live and work in the U.S. to build up their companies. In the administration’s announcement, it said the rule would be delayed until next March. But it made clear that its ultimate goal is to scrap the rule entirely.

The delay will “provide [the Department of Homeland Security] with an opportunity to obtain comments from the public regarding a proposal to rescind the rule,” the announcement said. The rule, known as the International Entrepreneur Rule, was set to go into effect next week. It was approved by former President Barack Obama before he left office in January.

The rule was designed “to improve the ability of certain promising start-up founders to begin growing their companies within the United States and help improve our nation’s economy through increased capital spending, innovation and job creation,” according to a press release issued when the final rule was signed earlier this year.

In explaining its decision to scrap the rule, the Trump Administration pointed to an executive order President Donald Trump signed in January, titled “Border Security and Immigration Enforcement Improvements.”

The order directs the DHS to “take appropriate action to ensure that parole authority is exercised only on a case-by-case basis in accordance with the plain language of the statute, and in all circumstances only when an individual demonstrates urgent humanitarian reasons or a significant public benefit derived from such parole.”

Investors, along with many tech industry representatives, blasted the administration’s decision to delay, and potentially delete, the rule. In a statement, Bobby Franklin, the president and CEO of the National Venture Capital Association, said the announcement “is extremely disappointing and represents a fundamental misunderstanding of the critical role immigrant entrepreneurs play in growing the next generation of American companies.”

Alec Siegel
Alec Siegel is a staff writer at Law Street Media. When he’s not working at Law Street he’s either cooking a mediocre tofu dish or enjoying a run in the woods. His passions include: gooey chocolate chips, black coffee, mountains, the Animal Kingdom in general, and John Lennon. Baklava is his achilles heel. Contact Alec at ASiegel@LawStreetMedia.com.
Share:
Related ItemsImmigrationInnovationInternational Entrepreneur RuleTrumptrump administrationVisas