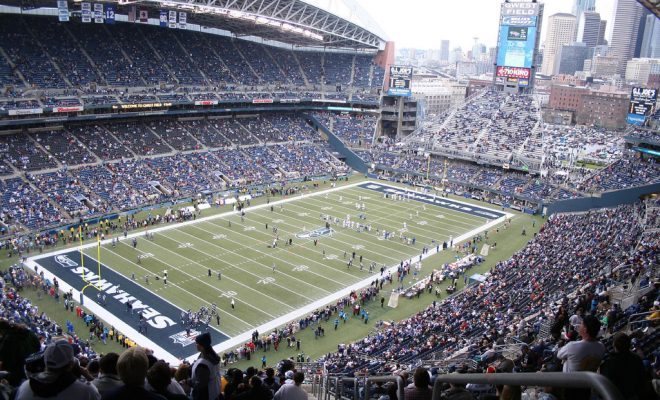 With all the media hoopla surrounding Ray Rice’s domestic violence issues and Adrian Peterson’s child abuse controversy, the NFL diverted its attention from its previously spotlighted concussion policy. In fact, the NFL’s recent media attention to domestic violence issues threatens to expose its player health policy by subjecting it to increased scrutiny as a result of its players’ recent predicaments.

Well, the issue here isn’t domestic violence, but rather Roger Goodell’s non-partisan approach to controversial issues concerning player welfare, accentuated by the NFL’s re-emerging concussion policy. Perhaps Goodell going on this media blitz has taught him a football fundamental; keeping his eye on the ball. Read on to learn about what could become of the NFL’s newest scandal: concussion policies.

When did the NFL become conscious of the unconsciousness of its football players?

In 1994, the National Football League created a committee responsible for overseeing brain injuries to its players after a series of permanent and near-fatal neurological issues to former players. The NFL named Dr. Elliot Pellman, a doctor without any brain-injury experience, the head of its newly-formed Mild Traumatic Brain Injury Committee. Thirteen years later, Pellman stepped down after his highly criticized finding that returning to play after sustaining a concussion did “not involve significant risk of a second injury either in the same game or in the same season.“

Between 2008 and 2010, the bodies of twelve former professional American football players underwent post-mortem evaluations for CTE (chronic traumatic encephalopathy), a degenerative brain-functioning disease, which contributes to suicide, apathy, memory loss, changes in behavior, and depression. The proteins developed in an NFL player’s brain are inherent to a chronic sufferer of Alzheimer’s or epilepsy. Within months the NFL faced legal action from players and responded by implementing a telephone hotline for players to call when forced to play contrary to medical opinion. Nevertheless, by 2012, after unsuccessfully trying to wiggle its way out of the media onslaught, the NFL finally admitted its role in neurological dysfunctions.

PBS Concussion Frontline: CTE occurs when repetitive head trauma begins to produce abnormal proteins in the brain known as “tau.” The tau proteins work to essentially form tangles around the brain’s blood vessels, interrupting normal functioning and eventually killing nerve cells themselves. Patients with less advanced forms of the disease can suffer from mood disorders, such as depression and bouts of rage, while those with more severe cases can experience confusion, memory loss and advanced dementia.

Richard Ellenbogen, a neurosurgeon and co-chairman of the NFL Head, Neck and Spine Committee, characterized these issues this year by saying, “The big issue in concussions is when is it safe to return a player back to the sport, or back to exercising? And the fact of the matter is we really don’t know the correct answer.”

Recently, the NFL supported its players after acknowledging its fault and changing some rules by reaching a settlement requiring the NFL to fund medical exams, concussion-related research, and litigation expenses. However, recent progress was overshadowed when a study of 79 former players yielded that 76 players were diagnosed with CTE.

What changes did the NFL implement to mitigate the consequences of playing professional football?

In light of the head-trauma class-action lawsuits targeting the NFL’s policy, one wonders whether the NFL instituted safe precautionary measures. In 2012, 261 players were diagnosed with concussions in preseason and regular-season injuries. Just a year later, CNN reported a 13 percent drop in these injuries, totaling 228 concussions. This decrease was largely attributed to the 2013 change in on-field rules prohibiting runners and defenders from lowering their heads outside of the tackle box and leading with their helmets when tackling. Additionally, the NFL moved the kickoff yard marker from 25 to 35 yards, to help curb player injuries on kickoff returns.

According to PBS Frontline, the preseason and week one games combined produced 15 concussions. The positions most prone to these injury in the past were wide receivers and cornerbacks, with safeties snatching the number three position. Currently, the NFL heads into its fifth week with 22 concussions to date.

Due to the recent uptick in concussions in light of post-football life injuries, the NFL agreed to settle its pending concussion-centered lawsuits for $765 million to 21,000 former players. Although this may seem exorbitant, the NFL’s tax exemptions and billion dollar revenue schemes amount to a $20,000 a year payout for 30 years to each player. Considering about 30 percent of all current NFL players will suffer from dementia or CTE, this amount represents a minor setback, accounting for only .05 percent of the NFL’s annual revenue.

Should the NFL be doing more to prevent concussions?

Truth is, the problem is exacerbated by us, the fans. Too often we hope for big hits and inside play-action passes giving rise to the bone-crushing plays, which provoke these devastating brain injuries. Although the NFL reduces the impact of these injuries by having doctors perform sideline evaluations and requiring a player to miss at least one play after receiving medical attention, progress has been minimal.

Recent changes in technology provide easier and cheaper alternatives that can detect concussion symptoms. One alternative, such as brain sensors in players’ helmets, can ameliorate some of the sting of future injury because they scan the brain for concussion symptoms during the game. As of now, the NFL does not include this technology in players’  helmets. Instead, the NFL relies on an unaffiliated neuro-trauma consultant (UNTC) who stands on the 25-yard line and waits for an emergency call by the team’s physician. This seems paradoxical, considering the team employs the physician who decides whether to allow the UNTC to evaluate a player. Furthermore, there aren’t any guidelines as to when the physician makes that call, which poses questions regarding the NFL’s regulatory capacity. Who regulates these physicians with unfettered discretion making these calls? Why doesn’t the independent doctor have priority, when football games are a billion-dollar, competitive enterprise?

In 2013, Matt Forte, the Chicago Bears’ running back criticized the NFL’s proposed policy and rule changes by tweeting,

“Last time I checked, football was a contact sport. Calling bank now to set up my lowering boom fund.”

Fans may not want to watch a game diluted by yellow flags, commercials, and contact alternatives. On the one hand, players should be careful, but on the other, pro-football players pull in more than ten times the salary of the average citizen; they are compensated for sacrifices to their bodies. This isn’t to suggest the NFL has not protected its players, but it raises questions as to whether the NFL has taken every step to ensure safety as its priority. Nevertheless, even if sensors are added, or rules are changed, football is football, and fans love it.

Football is inherently a physical sport. People get hurt when they play physical sports. By regulating the hits and plays giving rise to concussions, one might say that the game’s integrity is compromised. The players’ safety is pitted against fans cheering (money, television, and notoriety), which contributes to the NFL’s dilemma, because both are equipoised. The problem of mitigating concussion injuries infiltrates deeper than simply installing sensors in players’ helmets because new technology goes hand in hand with new rules, which lead to more timeouts and less action. For example, all scoring plays are now reviewed. Before, fans felt excitement in hoping their quarterback would summon his offense and snap the ball to kick the extra point.

Although recent changes seem promising because they promote player welfare, one of the biggest problems requires educating the public. Public scrutiny is unforgiving, especially when fans are unaware of why new rules are enacted. In response to public scrutiny, the NFL now provides guidelines for dealing with concussion-related injuries and measures on protecting football players.

What are the latest developments on concussion policies?

Due to the way Goodell handled the domestic violence issue, his cohorts are under the gun to produce some positive changes, especially in light of recent data exposing the NFL’s past efforts in restructuring its concussion policy. Although the NFL was blindsided in some fashion by its players’ conduct, most of which are out of its control, the NFL restructured its policy by pulling players, minimizing competitive interests, and educating the public. Moreover, the NFL’s recent changes reflect its attitude of preserving its players’ welfare. The NFL itself issued a statement last August.

Player safety is the top priority for the NFL. Since its earliest days, the league has continuously taken steps to ensure that the game is played as fairly as possible without unnecessary risk to its participants, including making changes and enhancements to game safety rules.

In recent years, the NFL has modified its playing rules to sharply reduce contact to the head and neck of players. These modifications were made separate from, and in addition to, the league’s longstanding prohibitions against helmet to helmet contact.

By confronting the issue honestly, settling lawsuits, and changing rules, the NFL has progressed. But at what cost? As the leading example of football everywhere, Goodell will likely return to initiating swift rule changes. In 2007, Goodell’s policy and partial reaction to Austin Collie’s concussion was:

“Medical decisions will continue to override any competitive decisions.”

Recently, the NFL published its Return to Play Policy for concussions and the guidelines for players returning from concussions. After years of debate, it seems Goodell is poised to confront the reality that NFL play permanently injures professional players.

Although domestic violence eclipsed the concussion issue recently, teams scrambled to get in touch with their fans, implementing strategies in an effort to save the organization’s reputation. Progress was made, but the underlying health issue remains. Niles Paul reminded the public of this Thursday night, when he crashed into the ground, motionless. Although the team doctor removed him from the game and issued mandatory time off, the rowdy bar-crowd screams overshadowed his injury, clearly representing the NFL’s dilemma.

PBS: 76 of 79 Deceased NFL Players Found to Have Brain Disease

MMQB: A Tie’s a Win for the NFL

ESPN: Seaus to Opt Out of Concussion Deal

Bleacher Report: Why the NFL’s Concussion Policy is Failing