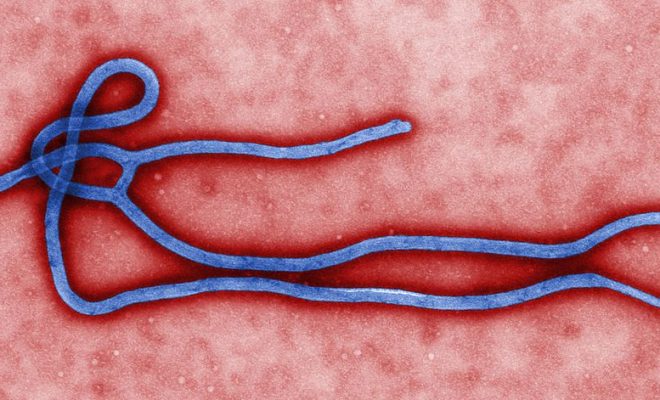 Are Infectious Diseases on the Rise?

Infectious Disease on the Rise

To begin to understand the rising levels of infectious disease, it is first imperative to understand the common terminology. Four terms, in particular, are used very frequently and require clarification. These terms are outbreaks, epidemics, pandemics, and endemic. An outbreak occurs when the number of cases of a specific disease in a specific community rises above what would normally be expected. Epidemics are, “a widespread increase in the observed rates of disease in a given population.” Pandemics are basically the multinational form of epidemics in that they encompass worldwide outbreaks beyond a particular population. Endemic is decidedly different than the other terms and essentially means a rate of disease that is consistently higher within a given group. These definitions are particularly important for the people treating an outbreak on the ground, as it helps them tune their methods to the reality of the situation. The following video gives an overview of how disease spreads:

Although that rise sounds troubling it is not all doom and gloom. While individual outbreaks are increasing, they are affecting fewer people now than before. Additionally, only a small variety of infectious diseases are responsible for the majority of outbreaks. Furthermore, of these strands, a little over half are zoonosis–diseases that are passed from animals to humans. Even among zoonosis, there are only a few zoonotic diseases that cause most outbreaks. In other words, outbreaks are on the rise but a decreasing number of diseases–passed from animals to humans–account for that rise. The question then becomes, what is leading to the rise in outbreaks?

Factors Leading to the Rise of Infectious Diseases

There are several reasons for this increase, but it starts with us and the actions we take. Many of the recent outbreaks are not new diseases, only new to us as a species. They have been incubating and traveling all across areas like rainforests for tens of thousands of years. However, with human encroachment in the form of farming, mining, housing, etc. people are starting to come into contact with these diseases more often and the results are not always good.

Other human manipulations of the environment are also leading to the rise of infectious diseases. These include seemingly benign activities such as reforestation, animal farming, and even flooding rice patties. Sometimes it can be a combination of human activity and environmental factors, such as when milder winters that are the result of global warming fail to kill off the usual number of pests. In fact, rising temperatures have the potential to be one of the greatest contributors to the continued rise of infectious diseases in the coming years, while ailments such as Malaria, which prosper in warmer climates, may become much more virulent. The video below details how global warming can increase the risk of infectious disease:

Other trends, like urbanization, may also contribute to the rise of infectious diseases. By clumping closer together, the chances of an infection spreading quickly are much higher. This is particularly true when urbanization occurs in poorer countries without effective public health monitoring and preventions systems. Similarly, more travel between countries and regions can introduce infections to places that have never seen them before and it can increase the likelihood that an epidemic becomes a pandemic. Even technology and modern supply chains can present a risk, as processing consolidation may increase the likelihood that contamination spreads.

Resistance to antibiotics and resulting superbugs are additional issues leading to the rising number of infectious diseases. However, this is also a problem for viral infections for many of the same reasons, including over prescription of certain medicines and prescribing the wrong medication for a specific disease. Viruses are especially problematic because they can evolve so quickly that it is impossible to stay ahead of them. The clearest example of this is influenza or the flu which changes from year to year. Along with antibiotics, many sanitation systems are also proving less useful than before. In this case, the issue has more to do with the lack of upkeep in existing public health systems that has led to outbreaks of old diseases such as cholera.

Given this trend, what is being done to stem the tide? Actually, governments began addressing the rise of infectious diseases several years ago. A response was prompted back in 2014, following the outbreaks of MERS and bird flu. That year, the United States, along with dozens of countries and organizations, announced a plan to respond and treat new outbreaks where they start.

Currently, efforts to fight infectious disease in the United States fall under the authority of the Centers for Disease Control, or CDC. Specifically, many of those efforts are housed in the National Center for Emerging and Zoonotic Infectious Diseases or NCEZID. NCEZID focuses on reducing both illnesses and deaths that are associated with infectious diseases. It also strives to be proactive in protecting against the spread of infectious diseases.

At the international level, there is the World Health Organization (WHO). Much like the CDC in the United States, the WHO also focuses on reacting to and fighting epidemics. The WHO acts more like a clearinghouse encouraging individual countries to improve their own existing systems and work to integrate them internationally so a crisis in one country can be handled as effectively by its neighbor if it crosses international borders. When it comes to the spread of infectious disease, the WHO serves as an international monitor to identify and coordinate a response to outbreaks.

Foreseeing and preventing all outbreaks of infectious disease would be impossible. Just last year, for instance, several people in Russia were infected with Anthrax when frozen strains of the disease were released when permafrost melted. While this could easily lead to discussions about global warming, the truth is that it just as clearly exemplifies that it is impossible to anticipate everything. In fact, in some cases, efforts are even seen as misguided or unwanted.

Many recent efforts have focused on identifying and understanding new diseases, like those deep in the rainforest. However, such methods have also been criticized for spending scarce funding to search out new diseases when funds could instead be used for treating known maladies. Although it seems odd to criticize people for being proactive, that might be a fair critique in a world with finite resources. In fact, it might be fair to wonder why people are really that concerned with infectious diseases at all.

This is because non-communicable diseases, like cancer, which cannot be spread from one person to another, kill far more people each year than infectious diseases. However, those diseases also originate within us and frequently have to do with factors that we are less able to control, such as getting older. Conversely, based on the fact that only a few diseases cause most of the outbreaks, infectious disease can be managed and their threat reduced. Thus counteracting the rise of infectious diseases is likely to continue to be a mainstay of health policy both nationally and globally.

Michael Sliwinski
Michael Sliwinski (@MoneyMike4289) is a 2011 graduate of Ohio University in Athens with a Bachelor’s in History, as well as a 2014 graduate of the University of Georgia with a Master’s in International Policy. In his free time he enjoys writing, reading, and outdoor activites, particularly basketball. Contact Michael at staff@LawStreetMedia.com.
Share:
Related ItemsCDCEpidemicsInfectious DiseasePandemicsPublic HealthVirusWorld Health Organization