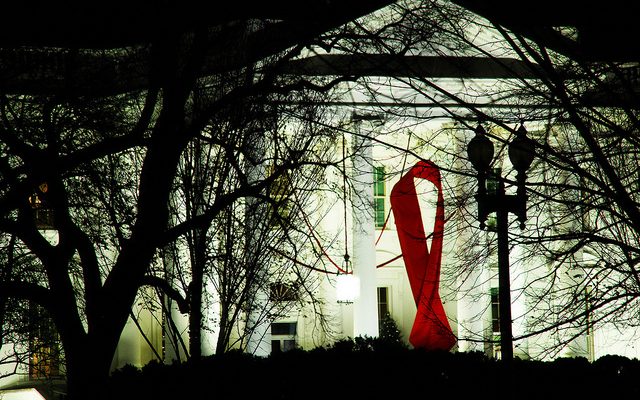 Six Members of the HIV/AIDS Council Resign in Frustration

Six members of the Presidential Advisory Council on HIV/AIDS have resigned in frustration with the Trump’s Administration’s apparent lack of interest in “the on-going HIV/AIDS epidemic.”

Since its creation in 1995, the council has sought to craft national policy on the disease, prevent its spread, and promote effective treatment as a cure is developed, according to U.S. News and World Report.

The members of the council who quit began becoming concerned during the 2016 presidential campaign when the Trump team showed little interest in meeting with advocates for those struggling to survive the disease. At that point, while the council noted the Trump camp’s disinterest, they clung to the hope that he could be engaged on the issue once in office, according to U.S. News and World Report.

Things escalated when the White House site “Office of National AIDS Policy” was removed during Trump’s inauguration, said Scott Schoettes, a member of the council since 2014.

The final misstep was when the new American Healthcare Act was passed by the Republican-majority House of Representatives, despite pleas from marginalized communities that it would have disastrous impacts, especially for those with HIV/AIDS.

New HIV infections in America declined 18 percent between 2008 and 2014, according to estimates from the Center for Disease Control. The council worked with the previous administration to create the new healthcare system that provided easier access to diagnosis and treatment. Those who quit the council felt that the new GOP bill would take that away.

Schoettes, and his peers, wanted to provide input for the council, but said that they could no longer stand idly by as the Trump Administration ignored their recommendations. Schoettes wrote in a guest column for Newsweek announcing the resignations:

The Trump Administration has no strategy to address the on-going HIV/AIDS epidemic, seeks zero input from experts to formulate HIV policy, and — most concerning — pushes legislation that will harm people living with HIV and halt or reverse important gains made in the fight against this disease.

Trump has still not appointed anyone to head the White House Office of National AIDS Policy after 150 days, while former President Barack Obama appointed a leader after only 36 days. Schoettes penned the column, but it was cosigned by his partners in resignation Lucy Bradley-Springer, Gina Brown, Ulysses W. Burley III, Grissel Granados, and Michelle Ogle.

While the council can have up to 25 members, it currently has only 15. The council last met in March, at which point the members wrote a letter to Health and Human Services Secretary Tom Price expressing concern about the repeal of the American Healthcare Act and the impact it would have on access to HIV/AIDS treatment. Price responded with an uninspiring, “perfunctory” response, according to Schoettes, which further frustrated the council.

Still, Schoettes says he and his colleagues have a desire to help the community they have worked with for many years. They don’t foresee Trump mustering any more interest than he has shown, but they hope other politicians find it necessary to work on a serious public health issue. The column finished:

We hope the members of Congress who have the power to affect healthcare reform will engage with us and other advocates in a way that the Trump Administration apparently will not.

Josh Schmidt
Josh Schmidt is an editorial intern and is a native of the Washington D.C Metropolitan area. He is working towards a degree in multi-platform journalism with a minor in history at nearby University of Maryland. Contact Josh at staff@LawStreetMedia.com.
Share:
Related ItemsAIDSAnti-AIDS PreventionDonald TrumpFeminismHealthcareHIVHIV/AIDSLGBTPublic HealthRapeUnited StatesWhite House