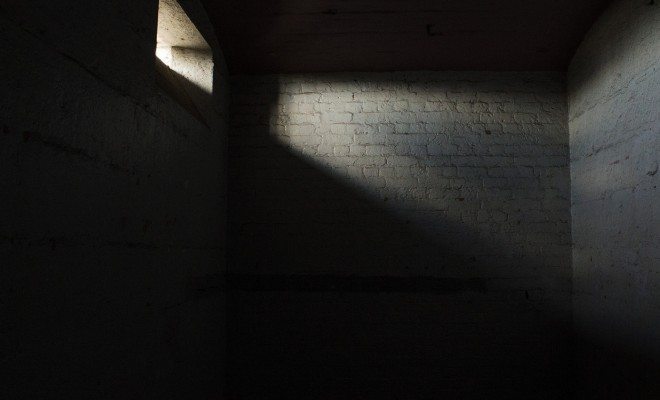 The Evolution of Solitary Confinement in the United States

Many prisons use solitary confinement as a mechanism to control their prison populations and minimize the threat of danger to other inmates and prison staff. Yet extreme isolation is an unnatural punishment and can cause severe psychological, or sometimes even physical, damage. The effectiveness and methods of solitary confinement has been debated since its modern day inception as a form of punishment in the 1800s, yet it was not until recent years that states began to question the constitutionality of the matter. As convicts, prisoners have little sympathy from the general population; yet there are arguments for the release of prisoners who are placed in solitary confinement for indefinite amounts of time and for non-violent reasons. The argument in favor of regulating or eliminating the age old method is that these people are being placed under “cruel and unusual” circumstances, and are being released back into society in an even worse condition than before they were incarcerated. As of 2013, the United States holds roughly 2.3 million inmates in federal, state, and local jails, 80,000 of which are in solitary confinement.

What is Solitary Confinement?

Typically solitary confinement is reserved for the most threatening and aggressive inmates, so the conditions are not cozy. Cells are typically “80 feet [10 by 8 feet], not much larger than a king-size bed,”  and sometimes even smaller; they do not have any windows and the floors are hard concrete. The door is typically heavy metal and locks with massive bolts.  Prisoners are isolated for 23 hours out of the day, and receive one hour of heavily monitored recreational activity in another slightly larger cell. Meals are slid through a small space in the door so prisoners remain completely isolated even during meal times.The cell is left bare, so prisoners often resort to habitual pacing and sometimes create routines to mimic life outside of prison. Prisoners may receive an early release from the designated amount of time if they practice “good behavior” and attend classes to improve themselves.

Solitary Confinement is thought to have started in a Philadelphia jail in the 1800s. The Quakers felt that by placing criminals in isolation they would have time to read the Bible and repent for their sins. The original idea behind solitary confinement was to reform inmates, as opposed to violently punishing them.

The Invention of Solitary Confinement — The Eastern State Penitentiary:

Another early prison that used a form of solitary confinement was the New York jail, Auburn. There, the “Auburn System,” a method of punishment in which prisoners were required to do manual labor all day in silence before being sent off to solitary confinement for the remainder of the night, was developed. This system gained popularity in prisons across the country. During this time, Auburn and other prisons also used forms of torture as a punishment. One popular method was the “shower bath.” This consisted of placing a prisoner under a constant flow of an excessive and painful amount of water. The flood would beat them over the head, getting into their eyes and mouths, nearly drowning them. Sometimes the shock would cause prisoners to fall dead moments later.

It is hard to think of people who have committed heinous crimes as actual people, yet putting them under such harsh conditions can be embarrassing, alarming, and disgusting. Many times inmates display suicidal tendencies and harm themselves with makeshift weapons. Others resort to odd and erratic behaviors such as rubbing feces on themselves, pacing mindlessly, or cutting themselves. If solitary confinement is supposed to teach a lesson, it may be counterintuitive to its original purpose. Prisoners who are placed in solitary confinement will experience several psychological and physical effects of being in isolation for an extended period of time. According to Frontiers in Psychology, “One’s own existence is something that one experiences in the kinds of pragmatic projects that one shares with others.” When deprived of the basic human need of socialization for long enough, people begin to display mentally unstable and even insane behaviors.

Hypersensitivity to noise and touch

Uncontrollable feelings of rage and fear

Distortions of time and perception

The development of crippling obsessions

When prisoners do not experience any interactions with other people they begin to lose a sense of reality. Their internal thoughts become a blur with the external world, which they have ceased to experience. Not only is this inhumane, but it also defeats the purpose of punishing the guilty. Integrating the prisoner back into society becomes more challenging, and they become a product of isolation. This is not only detrimental to the individual, but also society.

According to International Journal of Offender Therapy and Comparative Criminology, in 1890 the United States Supreme Court  began to note the inhumane and damaging effects that solitary confinement has on the prisoners:

“A considerable number of prisoners […] became violently insane;  other still, committed suicide, while those who stood the ordeal better were not generally reformed and in most cases did not recover sufficient mental activity to be any subsequent service to the community.”

The Eighth Amendment includes the cruel and unusual punishment clause and serves as the basis for civil rights advocates’ arguments against the use of solitary confinement in American prisons. The fact that prisoners have little to no human contact, let alone see daylight for months to years, could be considered cruel and unusual. The argument that solitary confinement violates a prisoner’s constitutional rights prevails as the center controversy for advocates and courts. While incarcerated, prisoners are provided with medical and mental services, although whether they are adequate or not is debatable, and many cases regarding health care and general prison conditions have been brought to the forefront within the last 20 years.

The case Ashker v. Brown was sparked by a  2011 hunger strike led by prisoners at Pelican State Bay Prison in Crescent City, California. The strike drew attention to the unpalatable conditions that prisoners in solitary confinement experience. In an extended effort in May 2012, the  Center for Constitutional Rights filed a lawsuit against Pelican State Bay Prison for allegedly violating the Eighth Amendment as well as the Due Process Clause in the Fourteenth Amendment.  Many prisons lack adequate medical care, and prisoners are denied an in-depth review of their cases before being placed in solitary confinement.

Pregnant inmate Nicole Guerrero was placed in solitary confinement in a Texas jail in 2012. While in ‘the hole’ she began to experience excruciating pain and intense cramps due to labor. The medical staff at the prison reportedly ignored her for hours. She was forced to give birth alone, and when the prison medical staff finally came to the scene the baby was dead due to the umbilical cord being wrapped around its neck. This case supports the argument noting the lack of medical attention prisoners in solitary confinement receive, and brings states closer to regulating the controversial practice.

In June 2012, the New York City Civil Liberties Union filed a lawsuit on behalf of prisoner Leroy Peoples. Peoples spent three years in solitary confinement for filing false legal documents. Violating any of the codes that the prison regards as against protocol has the potential to send a prisoner into solitary. According to the Civil Liberty Union, “only 16 percent of isolation sentences from 2007 to 2011 were for assault or weapons.” Solitary confinement served the original purpose of protecting staff and other inmates from potentially dangerous prisoners; now prison systems are abusing the extreme form of punishment, and overusing solitary confinement for reasons other than violence. Another issue that the NYCLU addresses is the fact that solitary confinement is used as a source of punishment for juveniles, pregnant inmates, and the mentally ill. The Union argues that this is inhumane and more permanently damaging to these more vulnerable groups of inmates. Currently, the outcome of the case is in reconsideration, and “if the process fails, the NYCLU will resume litigation.”

Click here to see the Institutional Laws of Conduct.

Innovation in the Prison System

Recently Colorado signed into legislation a law that bans prisons from placing mentally ill inmates in long-term solitary confinement. According to the Wall Street Journal, “Maine and New Mexico have taken steps to reduce their use of solitary confinement, and Nevada and Texas are studying the issue.” Similarly in a document, New York has decided to “remove  youth, pregnant inmates and developmentally disabled and intellectually from extreme isolation.”

Some opponents of the practice suggest alternative methods; instead of placing inmates in solitary confinement,  they could be sent to a mental-health care unit within prison where the individual can be treated instead of punished. Of course, this idea receives strong opposition, yet New York has decided to enact a version of it.

Pennsylvania Prison Society: Violence in the Supermax: A Self-Fulfilling Prophecy

Washington Post: Va. Prisons’ Use of Solitary Confinement is Scrutinized