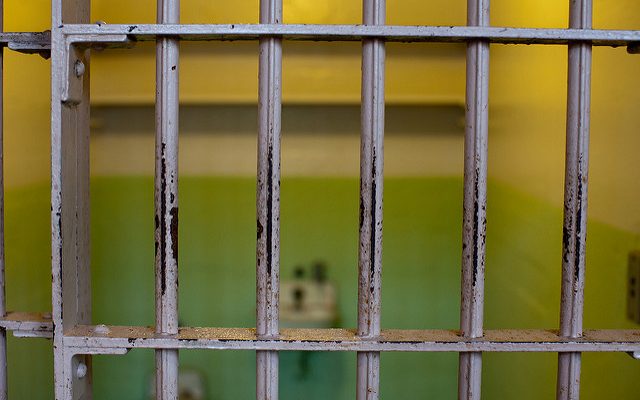 The Federal Bureau of Prisons (BOP) has failed to provide adequate treatment to prisoners with mental illnesses, according to a July 12 report from the U.S. Department of Justice’s (DOJ) Office of the Inspector General. Among the OIG’s criticisms are the BOP’s failure to properly track and limit the length of time prisoners spend in “restrictive housing,” and prisons’ inadequate documentation of inmates’ mental illness resulting in inappropriate mental health treatment or no treatment at all. The report highlighted issues with multiple facilities for their mistreatment of mentally ill inmates, but singled out the U.S. Penitentiary (USP) in Lewisburg, Pennsylvania, in particular.

The report said the BOP’s failure to document inmates’ mental health diagnoses leaves many cases of mental illness underreported. According to a DOJ survey that was conducted between February 2011-May 2012–which the recent DOJ report was based on–14 percent of state and federal prisoners and 26 percent of jail inmates reported experiencing serious psychological distress (SPD) in the past 30 days. Thirty-seven percent and 44 percent respectively had been told by a mental health professional they had a mental disorder. However, according to Inspector General Michael Horowitz, only 3 percent of BOP sentenced inmates were being treated regularly for mental illness as of 2015. “Without an accurate count of all inmates with mental illness, the BOP is unable to ensure that it is providing appropriate mental health care for its inmates,” Horowitz said in a video message.

According to the DOJ report, the BOP claimed that “the Bureau does not recognize the term solitary confinement. Therefore, the Bureau does not have a definition or a reference to provide.” The BOP also does not clearly define “restrictive housing” or “extended placement.” However, the OIG found that inmates, including those with mental illness, were confined to single-occupant cells, isolated from other inmates, and had little human contact at multiple facilities. At the U.S. Penitentiary Administrative Maximum Security Facility (ADX) in Florence, Colorado, the OIG observed two inmates at the Restrictive Housing Unit (RHU) when they were each confined to single-occupant cells for over 22 hours per day.

Additionally, BOP does not limit how long an inmate can be held in restrictive housing–during individual periods or cumulatively over multiple periods of confinement. The OIG’s sample of inmates with mental illness showed that those inmates had been placed in the ADX for an average of about 69 months. One mentally ill inmate had spent 19 years in an ADX cell before they were transferred to a residential mental health treatment program. That time spent in isolation can be psychologically harmful to prisoners, increase the likelihood of recidivism, and make it more difficult for inmates to re-integrate into society after being released, according to the report.

In May 2014, the BOP adopted a new mental health policy to improve the treatment of inmates with mental illness, including those being held in RHUs. However, after that policy was implemented, the BOP exhibited a 30 percent reduction in the number of inmates receiving regular mental health treatment. Inmates are classified based on Mental Health Care Levels (MHCL) 1-4. MHCL 1, the lowest classification, represents “no significant level of functional impairment associated with a mental illness” and requires no regular mental health intervention. MHCL 4, the highest classification, represents that an “inmate may require inpatient psychiatric care and acute care in a psychiatric hospital.” The policy was meant to increase the number of inmates designated as MHCL 2-4 through proper diagnoses. Due to a lack of staffing and resources, the policy “raised the bar” for determining whether an inmate would receive mental health treatment. Without those upper tier diagnoses, many inmates went without the care they needed, according to the report.

One inmate who arrived at a Special Management Unit (SMU) was diagnosed with three mental disorders and was prescribed medications. The inmate’s psychologist removed him from his medications after claiming the patient was faking his mental illness. “Despite the litany of diagnoses and psychiatric medications [the inmate’s] contacts with psychology staff indicate a clear history of malingering and feigning symptoms to change conditions of his confinement,” the psychologist wrote in their notes. Two of the inmate’s three mental disorders were classified as “no longer current.” One year after arriving at the SMU, the inmate was transferred out for mental health reasons.

The American Correctional Association recommends that single-occupant, restrictive housing cells should be a minimum of 80 square feet with at least 35 square feet of unencumbered space. An unknown number of cells at USP Lewisburg did not meet that standard, according to the report. The BOP said that some cells were only 58.5 square feet. Additionally, the report said USP Lewisburg lacked air conditioning and instead relied on ceiling fans, according to the report. “This is especially troubling since psychotropic medications can hinder the body’s ability to sweat,” the report said. “These conditions can make inmates who take psychotropic medications more prone to heat stroke and heat-related illnesses.”

The DOJ acknowledged that the BOP has taken steps to improve these conditions for mentally ill inmates, such as diverting inmates with serious mental illness from traditional RHUs to residential mental health treatment programs and other alternative programs. However, the DOJ maintained that there are still numerous issues with the BOP system, such as high staffing needs and lack of measurement of programs’ effectiveness.

USP Lewisburg is currently involved in a lawsuit, filed on June 9, in which the prison has been accused of providing poor treatment to mentally ill inmates, such as cutting off medications and swapping crossword puzzles for counseling sessions, according to NPR. One of the plaintiffs in McCreary v. The Federal Bureau of Prisons is Jusamuel Rodriguez McCreary, a Lewisburg inmate who has been diagnosed with bipolar disorder, schizophrenia, depression, mood disorder, psycho-social, and environmental problems, ADHD, and antisocial personality disorder. McCreary attempted suicide on multiple occasions and is now being held in an ADX cell at Lewisburg. He has not left his cell since May 16 and has to yell through his cell door for his weekly, two-minute “therapy” sessions, according to the lawsuit. With the findings from the DOJ’s report, it’s unclear yet exactly how many more cases like McCreary’s there are. But for inmates with mental illness to receive proper health care, big changes must come to the U.S. prison system.

Marcus Dieterle
Marcus is an editorial intern at Law Street. He is a rising senior at Towson University where he is double majoring in mass communication (with a concentration in journalism and new media) and political science. When he isn’t in the newsroom, you can probably find him reading on the train, practicing his Portuguese, or eating too much pasta. Contact Marcus at Staff@LawStreetMedia.com.
Share:
Related ItemsBureau of PrisonsDepartment of JusticeMental Health Care LevelOffice of the Inspector Generalrestrictive housing unitSolitary ConfinementSpecial Management UnitUS Penitentiary Administrative Maximum Security FacilityUS Penitentiary in Lewisburg