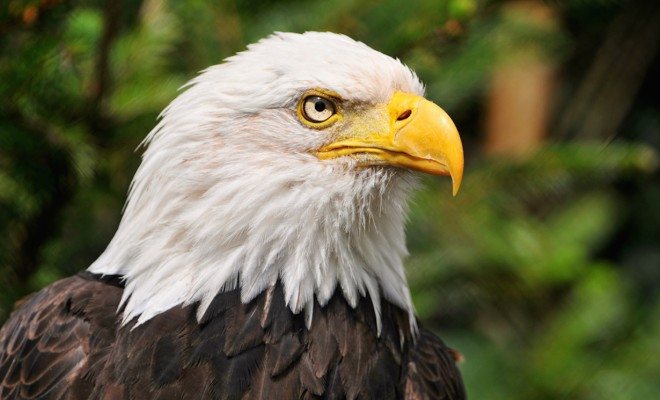 Endangered Species Act: Repeal and Reform or Leave it Alone?

Repeal of the Endangered Species Act (ESA) has been an increasing popular debate topic over the last several years. Though buried under other hot topics, such as foreign policy, government surveillance, and celebrity gossip, this conversation has been simmering on a back burner since at least the early 90s. The general consensus for those who would repeal the act is that it would then be reformed, though there are some who want it gone altogether. Read on to see why people are concerned about the date of the Endangered Species Act.

The History and Purpose of the ESA

The Endangered Species Act as we know it was passed by Congress in 1973. It was preceded by the Endangered Species Preservation Act in 1966, which was amended three years later. Some of the main changes to the 1973 version included the creation of a set definitions for words such as “endangered” and “threatened,” widening the law to include plants, and restricting the federal government from any action that would endanger a listed species.

Another expansion the ESA provided was including protection guidelines from the 1973 Convention on International Trade in Endangered Species of Wild Fauna and Flora (CITES) in Washington, DC, which was signed by 80 nations taking a stand against environmentally harmful trade practices. An example of this was in 1989 when ivory imports were banned because of elephant poachers in Africa.

There were amendments to the act in 1978, 1982, 1988, and 2004, most of which dealt with defining exact parameters of what the government could and could not do, as well as smoothing out the process of proposing candidates for inclusion.

The point of the ESA is to not only stop the decimation of endangered species but also to recover them and ultimately delist them when they are no longer in danger of extinction. This is to be achieved through recovery plans written by U.S. Fish and Wildlife Service (FWS) biologists in collaboration with experts. The goals of the FWS are further explained in this video that they released for the ESA’s fortieth anniversary last year.

When an animal or plant is listed, it becomes illegal to “take” it without a federal permit. Typically these permits are granted for reasons of conservation or scientific research. Under the definitions section of the act, “take” is explained as “to harass, harm, pursue, hunt, shoot, wound, kill, trap, capture, or collect, or to attempt to engage in any such conduct.” “Take” doesn’t apply to plants unless they are on federal land. Laws can differ slightly from state to state, however, as some may have extra restrictions. It’s always best to know the rules as they apply to you.

When considering a candidate for listing, the Fish and Wildlife Service uses a five-factor list, any of which can make the candidate eligible.

(A) the present or threatened destruction, modification, or curtailment of its habitat or range;

(B) overutilization for commercial, recreational, scientific, or educational purposes;

(D) the inadequacy of existing regulatory mechanisms; or

(E) other natural or manmade factors affecting its continued existence.

The species selected represent the most critical cases, but there is also a list of candidates that meet the qualifications but can’t be moved forward due to budget or time restrictions. According to the FWS, in these cases the agency “works with States, Tribes, private landowners, private partners, and other Federal agencies to carry out conservation actions for these species to prevent further decline and possibly eliminate the need for listing.”

For Repeal and Reform

One of the main arguments for reforming the Endangered Species Act is that there is little incentive for private landowners to comply. In fact, once an endangered species is found, the land becomes subject to restrictions without any financial compensation from the government, so there is arguably reason for such property owners to kill and dispose of the endangered animal before anyone else finds out about it. This use of government command instead of reward is a problem for free market fans and property rights activists alike.

Attorney Damien Schiff explains some of these property rights in the video below by the Pacific Legal Foundation.

Schiff also brings up the idea of prioritizing species worth saving, which has been reflected in arguments that the law is too inflexible in its efforts to save every endangered species.

Others believe the act puts nature before people, as jobs that would be created developing protected land are taken away and many government dollars are spent that could be put to use on humans or that could remain in taxpayers’ pockets. It has even been suggested that selling land currently under Federal protection could result in revenue for the government.

The question of cost is addressed in the NBC News story below about saving the panda.

On the more scandalous side of the controversy, there have been allegations that seeds of listed plants have been spread across mining sites in order to halt progress. Another case of abuse of the act was when an environmental group sued the FWS because four types of shrimp weren’t listed. The legal action was allegedly an attempt to block the development of 1.7 million acres of land.

Those who are more concerned with the science behind the act say that it is actually too targeted at individual species rather than biodiversity as a whole, which could be a more effective goal. Environmentalists are also concerned that the government, charged with enforcing the ESA, doesn’t take into account the long-term effects of projects that could impact an area’s ecosystem. While a short-term risk to a listed animal would warrant a stop on the plan, some feel the government ignores or doesn’t adequately research risks that could be problematic later.

Support For the Act

A key argument against the ESA is that extinction is a natural process, but many scientists believe that it is starting to happen at an alarming rate due to human predation, clearing of habitats, and use of food sources. This is being called the sixth wave of extinction, and by this logic, we as humans should strive to correct the damage we have done. This logic is also applied when supporters factor in climate change and pollution as sources of man-made extinction. Proponents of the ESA argue that it is our moral and ethical responsibility to care for the animals and plants we have affected through our rapid expansion into their territories.

Also, scientists have proven that the extinction of one animal often disrupts the food chain to cause a domino or ripple effect of extinctions. Our health as humans could be affected by such disruptions if not kept in check, creating clear ties to our well being and that of our environment. Supporters also note that measures taken to ensure the health of animals and plants, such as stopping deforestation and keeping our waters clean, are practices from which we all benefit.

There are also questions about the origins of arguments to repeal the act–do they come from genuine concern or lobbyists from lumber, mining, and oil drilling companies? In other words, are repealers really concerned with people or corporate profit?

Another rebutted argument against the act is that it has only a one percent success rate (with success being measured only in delistings), but less than one percent of species listed have gone extinct. This, plus the fact that the majority of measured populations are stable or increasing, makes it clear that this seemingly crippling statistic isn’t so impressive, after all. In addition, the above-listed statistic about 90 percent of species being on track for recovery is a strong argument for a different–and more optimistic–measurement of success. If the act is allowed to continue, successes will come in time, preserving our wildlife for future generations.

Perhaps the simplest reason for support is that the ESA makes people more conscious of the world around them. It informs the public of species that need to be protected, increases awareness of humans’ effect on other lifeforms, and it creates dialogue about the consequences if said species die out. After all, if there are unknown consequences to certain animals’ extinction, we may not discover them until it is too late.

It seems that many questions surrounding the Endangered Species Act have to do with the worth of funding such a large endeavor and how to accurately measure its success. If one takes a narrow approach in defining success as delisting, the ESA has very little to show. If one accounts for improvement and stability, though, there is a lot more weight behind the project. Is it the government’s place to support wildlife, or would we be better off focusing on ourselves? Does the 41-year-old act need a facelift in order to make it more efficient and beneficial to humans? This issue hasn’t moved into the political forefront yet, but as the volume of this conversation increases, Americans are going to need to decide what role they play in the natural world.

Fish and Wildlife Service: A History of the Endangered Species Act of 1973

Conservation Biology: Six Biological Reasons Why the Endangered Species Act Doesn’t Work–And What to Do About It

Citizen Review: Everybody Knows They’re Not Really Endangered: We Just Need Them to Stop Mining

Daily Mail: Scientists Use Wasps and Aphids to Prove ‘Domino Effect’ of Extinction

Kelsey Kennedy
Kelsey Kennedy is a freelance editor with degrees in Magazine Journalism and Performance Theatre from the University of Missouri, Columbia (MIZ!). When she isn’t out exploring New York, she loves getting far too invested in characters on the page, stage, and screen. She ultimately wants to make a difference in the world and surround herself with creative people. Contact Kelsey at staff@LawStreetMedia.com.
Share:
Related ItemsAnimalsDevelopmentEndangered SpeciesEndangered Species ActEnvironmentFaunaFloraLobbyingRegulation