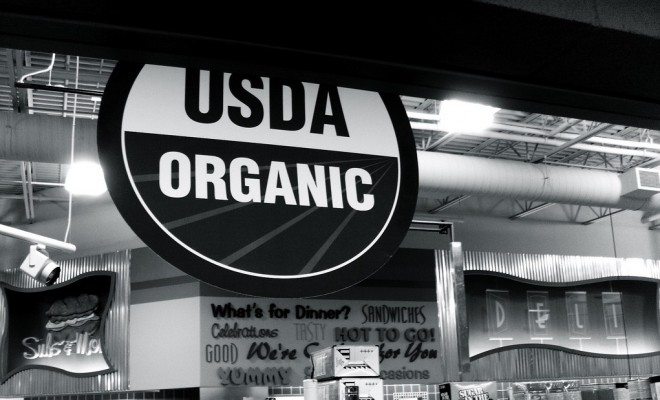 Natural or Organic: Not Just the Labels on Our Food

“Natural” and “organic” labels on food have become a tremendously popular–and tremendously profitable–means of discussing, buying, and selling food.

But what do we really know about what it means when those $4.99 cherry tomatoes are labeled as “organic,” or when that chicken is marketed as “all natural”? And who are we really concerned about when we talk about food labels–only consumers, or the people who produce our food, as well?

What’s so natural about “natural”?

The U.S. Food and Drug Administration (FDA) doesn’t seem to have a clear answer to this question. In regards to the definition of “natural” food, the FDA’s website states that it:

Has not developed a definition for use of the term natural or its derivatives. However, the agency has not objected to the use of the term if the food does not contain added color, artificial flavors, or synthetic substances.

Without any legally binding regulations to mark which foods can be sold as “natural” and which cannot, the meaning of the label is ambiguous at best. Since “natural” foods are defined inconsistently–perhaps in whatever way sells best–the label is often criticized as being both misleading and meaningless.

The definition of “natural” is, however, regulated for meat and poultry. The U.S. Department of Agriculture’s Food and Safety Inspection Service requires that, in the case of meat and poultry labeling, “natural” must mean:

This emphasis on fundamentally altering the product means that the natural label is determined not by the process of raising the animals involved, but in their preparation for being sent to grocery stores after death. This means that what is fed to animals before their death is not regulated by a “natural” label. As a Take Action petition for banning “natural” labels that confuse customers reminds us, this means that:

Meat labeled as ‘natural’ can come from animals that were raised with daily doses of antibiotics and other drugs, given artificial growth hormones, fed genetically engineered soy and corn feed and other artificial ingredients and continually confined indoors.

How organic is “organic”?

The definitions of “organic” are more legally binding than those of “natural.” According to the U.S. Environmental Agency (EPA), there are standards of “organic farming” that determine whether or not a food item can be labeled and sold as organic. This emphasis on organic as a farming process means that organic definitions are less about ingredients and more about the process of growing and considering the treatment of the plants that were harvested for food.

However, this also means that–especially due to the many kinds of organic labels–foods marketed as “organic” can still be full of chemicals. An informal investigation of Whole Foods organic products by Duke University senior Emma Loewe revealed many additives that are permissible under organic labeling. She writes,

Over the course of my search, I came across organic trail mix that featured Silicon Dioxide, Cirtric Acids and Maltodextrin. Try saying that five times fast. The canned goods aisle brought me to organic soup made up of sodium citrate and a dash of ‘cheese flavor’ for good measure. The organic cereal I picked up was made with vegetable glycerin—a common additive in cosmetics and soaps because of its cooling effect on the skin.

This brings us back to the question: what does it mean to be an “organic ingredient”? According to the U.S. Department of Agriculture’s Agricultural Marketing Service, the regulations for crops and animals are as follows:

Organic livestock. The USDA organic seal verifies that producers met animal health and welfare standards, did not use antibiotics or growth hormones, used 100% organic feed, and provided animals with access to the outdoors.

Vague statements like “access to the outdoors” and “prohibited pesticides” raise a great number of questions and criticisms regarding loopholes in the standards of organic labeling.

From the Farm: Labor and Labels

Discussions about food labels so often focus exclusively on the health of people consuming the food. However, these conversations generally erase a bigger conversation about health, that is, the health of the farm workers who are the human backbone of agriculture in this country.

The widespread abuse of human farm laborers, who are often migrant and immigrant workers, is often seen as a neglected aspect of the mainstream health debate over organic and natural labeling.

Farm worker activists, many of whom are undocumented, have been advocating against horrendous working and living conditions for decades. A large part of the struggle for humane working conditions is the struggle to avoid the devastating health effects of pesticides on human workers and their families.

Without worker protections and access to needed health care, the severe impairments and pains that accompany pesticide poisoning can go both unreported and untreated. From increasing cancer rates to constant dizziness, nausea, headaches, and severe stomach pain, chronic pesticide poisoning devastates the lives of farm workers who labor to produce foods that are then labeled as “organic” and “natural.” Heat stress, chronic injuries, and lack of adequate drinking water are just some of the other toxic aspects of many farm workers’ environments that devastate their health.

In response, many farm workers, such as those united under the Agricultural Justice Project, are attempting to spread a Food Justice Certification for qualified farms. To become Food Justice Certified, farms must follow standards regarding the following issues:

Workers’ rights to freedom of association and collective bargaining;

Fair wages and benefits for workers;

Fair and equitable contracts for farmers and buyers;

The rights of indigenous peoples;

Advocates hope that efforts like these and others, such as emphases on broader immigration reform and health care, can bring a more total picture of health into the conversation about the health issues surrounding “organic” farming and “natural” foods.

So Are “Natural” and “Organic” Foods Actually Healthier?

It is important to determine whose health we are asking about when we discuss the healthiness of “organic” and “natural” foods. Those who consider the health of farm workers that produce foods labeled “organic” and “natural,” worry that the production of these foods can generate horrible health consequences for the humans involved in the process.

As to the question of “is it healthier to consume these foods?”, the answer is perhaps not. It’s important to remember that many large corporations, such as Coca-Cola, own organic brands, which links organic brands to larger environmental devastation and labor exploitation that negatively impact global health.

Given the legal impotence and inconsistency of the label “natural” advocates against the labels argue that foods with this label have anything in common other than their respective corporations’ attempt to tap into a market that wants to eat “natural” foods. Regarding the consumption of “organic” foods, the Mayo Clinic states that while the jury is technically still out, studies conducted over the past fifty years do not make a convincing argument that there are any significant differences in nutritional content between “organic” and non-organic foods. So, next time you go to your grocery store, you may want to keep a close eye on more than just the labels on your food.

Food and Drug Administration: What is the Meaning of ‘Natural’ on the Label of Food?

Grist: Workers on Organic Farms are Treated as Poorly as Their Conventional Counterparts

EcoWatch: Organic Labeling: What You Need to Know

EarthJustice: Pesticides: The Workplace Hazard the EPA is Ignoring

Jennifer Polish
Jennifer Polish is an English PhD student at the CUNY Graduate Center in NYC, where she studies non/human animals and the racialization of dis/ability in young adult literature. When she’s not yelling at the computer because Netflix is loading too slowly, she is editing her novel, doing activist-y things, running, or giving the computer a break and yelling at books instead. Contact Jennifer at staff@LawStreetMedia.com.
Share:
Related ItemsEnvironmentalismFarm WorkersFDAFood JusticeImmigrationLaborLabor InjusticeNatural Food LabelsOrganicOrganic AgricultureOrganic Food Labels