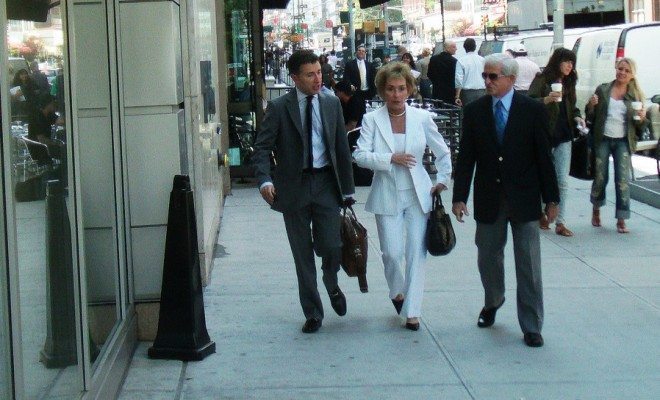 What’s the Verdict? The Truth Behind TV Court Shows

We have all seen them, whether we are sitting in a doctor’s office in the middle of the day, home sick during the week, or just because they’re kind of fun. Either way, court shows like “Judge Judy” and “Judge Joe Brown” seem to have captured the world’s attention. Recently, Judith Sheindlin–Judge Judy–signed on for her eighteenth season of the show, earning herself $47 million a season for what is famously known as just “52 days of work a year.”

Judge Judy, and all of the others–Brown, Lane, Mathis, Hatchett, Alex, Rinder, etc.–are all practicing lawyers. Most were retired or on the way to retirement when they were discovered by a television producer. But that still begs the question: how exactly do TV courts work, what are their legal implications, and are they at all real?

What are Court TV shows?

Court television shows are usually on in the middle of the day, often right when people are getting home from work and starting to cook dinner. The topics usually aren’t heavy things like murder, drugs, or assault cases. Instead they consider lighter issues like rent problems, car damages, or theft. Judges tend to be funny and lash out with zingers toward the people involved in the case. It is all about entertainment, not a real legal process.

However, the shows are among the highest watched for their time slot, which means that if one judge isn’t connecting with the audience, another one is right in line to take that spot.

How do you end up on TV court?

Getting onto a court show is actually one of the smartest things a person can do, even if he ends up being portrayed as the “villain” in the narrative. Why? Participants all stand to make money.

In general, most of the cases that end up going on to TV shows are cases that would otherwise be heard in small-claims court. According to FindLaw, there’s only a certain amount of money litigants can receive. For example, individuals who appear on “Judge Judy” would be able to receive a maximum of $5,000. It’s safe to assume that the rest of the shows have relatively similar limits.

According to FindLaw, regardless of the outcomes on any of the shows that play nationally, there are benefits to both parties in the case. The shows actually pay for the arbitration awards, which may be why people don’t always seem to be too worked up at the end in the cool down interviews. They also pay for the litigants’ airfare and hotel expenses.

In other cases, there have been situations where producers have found people who were popular or characters already and they have actually been courted into doing the show. For example, local Cleveland celebrity Colin Dussault was asked to be part of a newer judge show called “Hot Bench.”

A Hollywood producer contacted Dussault after “field researchers” came across his small-claims lawsuit against his sister, which he filed in Lakewood Municipal Court in January. In a nutshell, they’ve got issues with who should pay the ongoing bills for a double they inherited and both live in. (Double Trouble?)

In addition to prompt payment of any settlement, the producer promised, Dussault would get an additional “guaranteed minimum payment” just for being on the show!

What happens on a TV court show?

Court shows like Judge Judy aren’t actually court cases, but instead they are an arbitration process, which is a way to resolve disputes without actually going to court. An arbitrator, always some sort of neutral party, hears a case and makes a binding decision. It’s less formal than a court case, but it does require training

The shows are all filmed at studios in Los Angeles near many different studios that also happen to film television shows. In fact, “Judge Judy” is filmed right next to “Judge Joe Brown.” In order to ensure a full audience, the producers of all of the shows will hire extras who comprise the entire gallery and who sign waivers to stop the disclosure of any details. However, they also take visitors who are willing to sign similar forms.

What happens after the show?

As a general rule, arbitration awards cannot be appealed. But there have been a few cases in which, according to The New York Times,  TV judge rulings have been overturned through other court systems. This can be because the artbitration didn’t cover everything necessary or if the case was found to be beyond the scope of arbitration.

For example, a New York family court in 1999 overruled part of a “Judge Judy” decision because it went beyond the scope of the arbitration, the New York Law Journal reports. The parties in that case had agreed to arbitrate a dispute over personal property — but Judge Judy’s ruling also granted child custody and visitation rights.

In 2000, Judge Judy had one of her decisions overturned…In the case B.M. v. D.L., the parties appeared in front of Sheindlin to solve a personal property dispute. Sheindlin ruled on that dispute, but also made a decision on the parties’ child custody and visitation rights. One of the parties appealed in court, and the family court overturned the custody and visitation part of the decision because they weren’t covered by the agreement to arbitrate.

For people who have never really been in a court room, it can seem like there aren’t really any ethics that exist when it comes to television court. For one, there are no lawyers even present on the television shows. There are problems, of course, with the editing and the way people are portrayed by the producers of the show.

Recently a committee was formed to discuss the problems with court television shows and the impact they have on the lives of those who appear–often people who are young and trying to avoid paying costs that they can’t afford. The committee, comprised of retired judges, said:

In this modern media culture once the taping is done and it is released into the public domain it is there forever and can come up from time to time during this defendant’s entire life. It could be used against this person in a personal, political, economic or social situation to his or her extreme detriment. Your recitations that the videos in your court are a number one rated show broadcasted to 200,000 households in three counties speak volumes in this regard. How might it appear to a defendant that he or she must be asked by the judge to waive any objection to appear on television? Would they be intimidated by the question knowing that the judge encourages this production?

These cases are often straight forward, but played up for laughs, drama, and a clear-cut decision. There have been many questions about the fates of people who end up on reality shows, and that is a question that exists with the “reality” of court shows as well.

So yes, the decisions on TV court shows are a reality–someone has to pay (usually the show) and someone is in trouble (usually younger-skewing teens or adults who can’t afford much else). You’re getting, in essence, a half-truth of what the court process is actually like.

One final word of caution to anyone who found this on a search: Appearing on a TV court show like “Judge Judy” involves signing off on a lot of legal fine print. You may want to consult an attorney to make sure your rights are protected before you pursue your 15 minutes of fame.

Mental Floss: What Legal Authority Does Judge Judy Have?

Cleveland.com: Playing Hard to Get When Courted by Reality TV Court Show

Frugal Confessions: It Pays to Have Your Small Claims Case on a Court Television Show

Vice: These Guys Made Up a Fake Case to Get on ‘Judge Judy’

Editor’s Note: This post has been revised to credit select information to FindLaw.

Noel Diem
Law Street contributor Noel Diem is an editor and aspiring author based in Reading, Pennsylvania. She is an alum of Albright College where she studied English and Secondary Education. In her spare time she enjoys traveling, theater, fashion, and literature. Contact Noel at staff@LawStreetMedia.com.
Share:
Related ItemsArbitrationCaliforniaCourt TVCourt TV ShowsEntertainmentJudge JudyLos AngelesProfitSmall ClaimsTheftTV