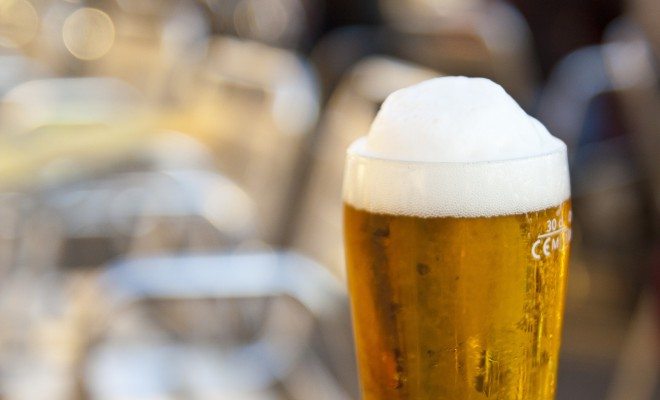 Turn Down for What: Does the Minimum Drinking Age Act Work?

The National Minimum Drinking Age Act, passed in 1984, is turning 30 this year. The law, meant to curb teen drunk driving, has been the topic of debate since it was passed. Read on to learn more about what inspired the law, whether or not it works, and a few unintended consequences.

What is the National Minimum Drinking Age Act

The National Minimum Drinking Age Act of 1984 set the drinking age of every state at 21.

Critics of the law had two main arguments. Some complained that the law was was an intrusion on states’ rights. Others argued that it was not fair that the federal government could call 18 year olds adults when they fight for their country, but not when they want a beer.

Why was it passed?

This bill was the end result of a massive campaign by Mothers Against Drunk Driving (MADD) to lower the drinking age.

MADD was started in 1980 by Candy Lightner when her daughter was killed by a repeat drunk driver. The group aggressively lobbied President Reagan and Congress to combat the issue of drunk driving, in part by increasing the drinking age to 21. The problem, in MADD’s eyes, had started a decade earlier. In the 1970s, as a result of the Vietnam War drafting 18-year-olds, some states decided to lower their drinking ages to 18. It only seemed fair; if you could be forced to fight, you should be allowed to drink. However, this led to a sharp spike in drunk driving fatalities.

One major cause was the phenomenon of “blood borders.” These were the borders between states with high drinking ages and states with low drinking ages. Historically, 18 years olds would drive to neighboring states to drink, then while driving back, crash and die. The hope was that raising the drinking age to 21 would lower drunk driving rates.

Sort of — a Boston University study has shown that, since the drinking age was raised, there have been significantly fewer drunk driving accidents, and a strong majority, 89 percent, of drunk drivers today are between the ages of 21 and 44.

But, lower drunk driving rates are not just limited to those who are banned from drinking. Drunk driving in general has reduced across almost every age group.

Courtesy of the National Institute on Alcohol Abuse and Alcoholism

As you can see, the most dramatic drop was in the 21-29 age group. The minimum drinking age did not impact them. Admittedly, there was also a notable drop in the 16-20 age group.

This decrease in drunk driving rates for all ages could still be the result of a lower drinking age if young people had stopped drinking. However, according to the Center for Disease Control (CDC), 39 percent of high school students still say they drink. The statistics from the National Institute of Health are even more eye-opening. It states 72 percent of 12 graders have tried alcohol and 85 percent of college students drink, even though they are not 21.

So, if young people are still drinking, why did drunk driving decrease so dramatically? Choose Responsibly, an organization that sparks debate about alcohol laws and supports lowering the drinking age, argues that a mix of seatbelt laws, a lower legal BAC, and public awareness all explain the drop in drunk driving fatalities. They also argue that the drop in alcohol-related fatalities actually started in the 1970s, well before the drinking age was raised to 21.

Have there been any unintended consequences?

Different sources have come to different conclusions. While some say that the higher drinking age has definitely saved lives, others argue that unintended consequences have led to a binge drinking crisis.

According to the earlier mentioned NIH report, “underage drinkers consume, on average, four to five drinks per occasion about five times a month. By comparison, drinkers age 26 and older consume two to three drinks per occasion, about nine times a month.” So, while an adult might have a couple glasses of wine a few times a week, a young person will instead have double that amount once a week. Young people are drinking more alcohol in a shorter timeframe.

Watch this clip to learn about why this trend is so dangerous:

Binge drinking can also indirectly cause dangerous behavior in college students. This includes violence, unprotected sex, and even sexual assault. Choose Responsibly argues that this is a consequence of a high drinking age. If these young people were allowed to drink with adult supervision, they would learn how to drink safely and responsibly. Since drinking is illegal, they have been pushed into the shadows. It’s a lot easier to get dangerously drunk in your friend’s basement than it is at a bar.

Still, Amethyst presidents are concerned about a culture where college drinkers move from bars, where someone can cut them off, to basements and pre-games that are unregulated and unchecked.

Signatories to the Amethyst Initiative have other reasons to lower the drinking age, mostly philosophical. For one, they believe that forcing young people to drink in secret and violate the law fosters a disrespect for all laws. They also believe that a person who can vote, smoke, marry, and fight for their country should be given all of the responsibilities of adulthood, including drinking.

It’s been 30 years since the National Minimum Drinking Age Act became a law, and it is still hard to measure the act’s impact. It’s difficult to tell how many lives it saved from drunk driving accidents because there are so many other factors. It’s also challenging to figure out if it has really curbed underage and binge drinking. More research needs to be done on the issue before the act can be defined as a success or failure.

Centers for Disease Control and Prevention: Impaired Driving: Get the Facts

National Institute on Alcohol Abuse and Alcoholism: Epidemiology and Consequences of Drinking and Driving

Mental Floss: Why is the Drinking Age 21?

CNN: Drinking Age of 21 Does Not Work

Choose Responibility: Those Who Choose to Drink Are Drinking More

Eric Essagof
Eric Essagof attended The George Washington University majoring in Political Science. He writes about how decisions made in DC impact the rest of the country. He is a Twitter addict, hip-hop fan, and intramural sports referee in his spare time. Contact Eric at staff@LawStreetMedia.com.
Share:
Related Items21Amethyst InitiativeBinge DrinkingChoose ResponsiblyCollegeCollege DrinkingDrinking AgeDrunk DrivingDUIMADDUnderage Drinking