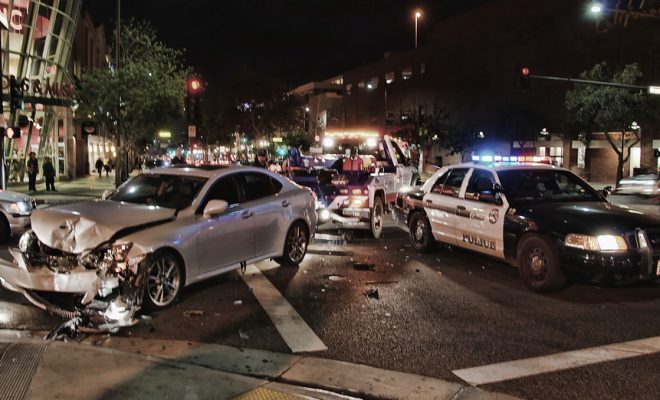 Opponents of marijuana legalization often cite safety concerns, especially regarding the effects it would have on drivers. Alcohol causes enough harm, why add marijuana to the mix? Two recent studies, both published last week, provide some insights into how legalization has–or has not–affected crash and fatality rates.

The first study, conducted by the Insurance Institute for Highway Safety (IIHS), analyzed insurance claims for car crashes between January 2012 and October 2016. The study compared claims filed in states that have legalized marijuana–Colorado, Washington, and Oregon–with states nearby that have not. In the states that had legalized pot, insurance claims were about three percent higher than what would be expected if they had not legalized pot, the study found.

“The combined-state analysis shows that the first three states to legalize recreational marijuana have experienced more crashes,” Matt Moore, the senior vice president of IIHS’s Highway Loss Data Institute, said in a statement. “The individual state analyses suggest that the size of the effect varies by state.”

But another study published in the American Journal of Public Health found no significant uptick in crashes due to legalization.

Using federal data on vehicle collisions between 2009 to 2015, the study found no increase in crashes between Washington and Colorado–both of which have legalized recreational marijuana–and other states.

While previous studies have illustrated the dangers of driving under the influence of marijuana, others have suggested that states with medical marijuana laws have seen a drop in traffic incidents. A study published last December, also in the American Journal of Public Health, found an 11 percent drop in crash fatalities in the 28 states (and D.C.) that have legalized medical marijuana.

Dr. Silvia Martins, the author of that study, theorized that the drop could be the result of drivers swapping alcohol, a substance that led to about 10,300 driving deaths in 2015, to marijuana.

“We found evidence that states with the marijuana laws in place compared with those which did not, reported, on average, lower rates of drivers endorsing driving after having too many drinks,” Martins said in a statement when the study was published last year.

Alec Siegel
Alec Siegel is a staff writer at Law Street Media. When he’s not working at Law Street he’s either cooking a mediocre tofu dish or enjoying a run in the woods. His passions include: gooey chocolate chips, black coffee, mountains, the Animal Kingdom in general, and John Lennon. Baklava is his achilles heel. Contact Alec at ASiegel@LawStreetMedia.com.
Share:
Related ItemsDUIDWIMarijuana LegalizationMedical MarijuanaTraffic Safety