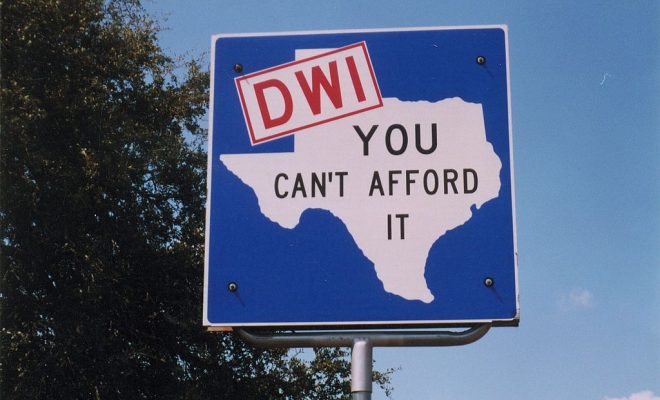 Now that Republicans have made progress in their efforts to repeal and replace the Affordable Care Act, health insurance regulations are back in the forefront of public debate. A notable component of the Affordable Care Act (ACA) was the creation of essential health benefits, the law’s primary insurance regulation mandating what all policies must cover. This rule has been hotly debated and is something that the Republican replacement bill, the American Health Care Act, would allow states to seek waivers to define at the state level. While there are reasonable arguments on both sides of the debate when it comes to mandating high standards for health insurance plans, it may be helpful to look at how certain standards work in practice, and in certain cases, how their benefits can spill over into other public good.

The Role of Regulations

A new working paper by three economists, Ioana Popovici, Johanna Maclean, and Michael French, illustrate how state-level insurance regulations can have interesting spillover effects. They find that state laws that mandate insurance coverage for substance abuse treatment may have actually had a measurable effect on traffic deaths, decreasing fatalities by 4.1 to 5.4 percent. This is particularly important given that nearly 10,000 people die in alcohol-involved car accidents each year. While their research is designed to focus on the effects of state laws passed before the Affordable Care Act, their findings help show how improving access to services like substance abuse treatment can have larger societal benefits beyond those who are directly affected.

The researchers looked at what are known as state parity laws, which involve requiring insurance plans to cover substance abuse treatment like they cover medical and surgical services in terms of the costs to consumers. Between 1988 and 2010–before the ACA started mandating this parity for all insurance plans sold on exchanges–27 states passed their own parity laws requiring substance abuse treatment to be covered to some degree. The researchers look at states that passed these laws to see what their effects on traffic deaths might be. In the process, they identified and controlled for a range of variables that would otherwise affect traffic fatalities–from alcohol tax rates to population demographics–in order to find the direct consequences of parity laws.

While the study does have some limitations–data on the use of drugs that impair driving as well as data on accidents that didn’t result in death are unavailable–they build on a considerable body of research showing both that health parity laws increase use of substance abuse treatment and that such increase is associated with fewer traffic deaths. They also find that these laws correspond with a decrease in fatal weekend crashes–which is when alcohol-related accidents are particularly likely–and that the decrease was particularly large, 8.7 percent, in states that mandated full parity. They also find that parity laws are associated with a small decline in both heavy and binge drinking; however, that is based on self-reported survey responses, not clinical diagnoses of alcohol dependence.

This study isn’t necessarily groundbreaking–it does make sense to think that expanding access to substance abuse would lower substance-related traffic fatalities–but it provides an interesting look at the consequences of health insurance regulations in general. The study looks specifically at spillover effects, setting aside the direct and obvious benefits to individuals who gain access to addiction treatment, to show that high-quality insurance can have meaningful consequences beyond those who directly benefit. While it’s important not to overstate these findings, identifying additional benefits to regulations should be a part of the discussion as we evaluate new policies.

The Affordable Care Act did a number of things to increase people’s access to health care–including expanding Medicaid to nearly 15 million people and providing subsidies to individuals below 400 percent of the federal poverty line–but it also included a number of regulations to make sure people’s insurance covered important services. These 10 essential benefits include things like prescription drugs, emergency care, maternity care, and, notably, substance abuse treatment. While it’s fair to say that requiring these services, and rules that prevent insurance companies from capping annual or lifetime spending on them, have increased the cost of health insurance for everyone, they are also the services that most people expect their health insurance to cover in the first place.

While the Republican bill largely focuses on health care access for low-income families and those who buy their insurance individually, allowing states to set their own essential health benefits could actually have ripple effects for the entire country, including the majority of Americans who get their health care from their employer. While employer plans are not required to cover the essential health benefits in the same way that individual plans sold on the federal and state exchanges are, they do apply to bans on annual and lifetime limits as well as yearly caps for out-of-pocket costs. And large employer plans are able to use any state’s definition of essential health benefits to determine those caps. If one state were to decide that substance abuse treatment is no longer an essential benefit, there could be an erosion in coverage for residents of that state and people across the country.

There are always trade-offs involved in setting health care regulations, but it’s important to understand the potential benefits involved as we debate major policy changes. Substance abuse treatment has proven to be an important and effective way to dramatically improve people’s lives, and based on recent research, mandating it can have additional societal benefits as well.