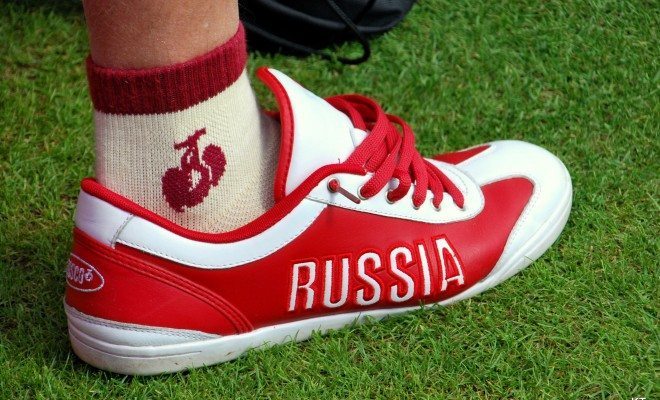 On November 13, the International Association of Athletics Federations (IAAF), the governing body for international athletics events (track and field, marathons, etc.) announced it was provisionally banning the Russian Federation from international events, effective immediately. The ban will prevent Russian athletes from competing in any competitions, including the 2016 Rio Olympics, stops Russia from hosting any IAAF-sanctioned events, and calls for lifetime bans for five athletes and five coaches.

Russia has been given the opportunity to prove that its athletics programs and drug-testing procedures have been reformed in order to have the ban removed in time for the 2016 Olympics. However, the scandal continues to cast a long shadow over international athletics, calling into question the results of prior competitions (such as the 2012 London Olympics) and raises suspicions of other countries’ athletics programs. Read on to see the allegations against the Russian Federation, the concern of institutionalized doping programs in other countries, and where Russia and athletics as an international endeavor can go from here.

The Secrets of Doping and the WADA Independent Commission Report

In December 2014, the German television channel ARD released a documentary featuring journalist Hajo Seppelt titled “Top-Secret Doping: How Russia Makes its Winners.” The documentary alleged collusion between the Russian Anti-Doping Agency, the Russian Athletics Federation, and the Russian national laboratory. Most troubling is that all of these organizations are funded by the federal government, suggesting their awareness of the cheating, which caused the documentary to declare the cheating “state-sponsored.” The documentary was based around allegations from Russian whistleblowers Vitaly Stepanov, a former Russian Doping Control Officer, and Yuliya Stepanova, a world-class 800-meter runner. The hour-long documentary provided the names of several athletes, coaches, other officials, and a doctor who used or provided banned substances.

The documentary provided the spark for what turned into a media firestorm and a debate about doping in international swimming was inadvertently started. Sports officials the world over began reconsidering their punishments and procedures to deal with doping in their own sports. Athletes accused in the documentary had to worry about potentially forfeiting medals and other prizes. As would be expected, Russian officials decried the film and whistleblowers, calling into question the legality of their recordings.

The documentary rocked the athletics world and triggered an independent investigation from the World Anti-Doping Agency (WADA). The agency established an independent commission with the mandate to investigate “serious allegations of doping practices, corrupt practices in doping sample collection and results management, corruption and related ineffective administration of anti-doping processes.”

The IC has identified systemic failures within the IAAF and Russia that prevent or diminish the possibility of an effective anti-doping program, to the extent that neither ARAF, RUSADA, nor the Russian Federation can be considered Code-compliant… the IC has recommended that the IAAF suspend ARAF.

The report found that Russian athletics had a “deeply rooted culture of cheating,” exploited athletes for financial gain, confirmed the widespread use of banned substances by actively competing Russian athletes, confirmed the involvement of coaches, doctors, and laboratory personnel, and found evidence of corruption and bribery in the IAAF.

Finally, the report concludes that it would be naive to assume that athletics is the only Russian sport affected by the state-sponsored doping program. The commission offered no conclusive opinion on other sports in Russia but stated that while no written evidence currently implicates the Russian government, such an extensive cheating program would not have been possible without some level of government approval.

On November 13, the IAAF announced it had voted 22-1 in favor of suspending Russian athletics from international events. Russia’s IAAF council member was allowed to participate in the vote.

Currently, the allegations against specific athletes are unproven. Two of the five athletes facing lifetime bans have said they will pursue legal action. Specific allegations against Russia’s anti-doping agency (RUSADA) and All-Russia Athletic Federation (ARAF) include the tampering or destruction of at least 1,400 test samples, giving advance notice to athletes before drug tests, and intentionally scheduling tests immediately before athletes began doping regiments. Russian athletes are currently banned from competition and the country is no longer eligible to host the scheduled 2016 World Race Walking Cup or the 2016 World Junior Championships, both of which were to be held in Russia.

The independent commission’s report also criticized the way drug testing was handled leading up to and during the 2012 London Olympics, alleging that testing failures sabotaged those games. Russia came in second in the medal count behind the United States in 2012. This has also started whispers that the United States and other large countries ought to be investigated regarding athletic doping.

Midway through 2015, ARD, the German television channel, released a follow-up documentary titled “The Secrets of Doping: The Shadowy World of Athletics.” Both ARD and The Sunday Times acquired access to the test results of 5,000 athletes between 2001 and 2012. In addition to providing evidence that further implicates Russia, the documentary turned its attention to Kenya. In the last three years, 33 Kenyan athletes have failed drug tests, some escaping penalties and still managing to compete when they should be facing bans. WADA has suggested that Kenya could soon face a four-year ban for the myriad of problems with its drug-testing program.

Russian Response to the Suspension

Key figures on the Russian side have sent mixed messages since the WADA released its report and IAAF handed down its ban. While most Russian officials have pledged to cooperate with IAAF and WADA to ensure the program is reinstated in time for the Olympics, several have criticized the report and its findings. The director of the Russian anti-doping Agency denounced the report. According to current officials, the management of the ARAF was changed in the spring of 2015, meaning the current heads of the federation aren’t responsible for the faults found in the report. However, it should be noted that according to the second ARD documentary, ARAF has a history of keeping removed coaches and doctors around to provide athletes with performance-enhancing drugs while not officially being a part of ARAF.

While the threat of suspension looms large for countries like Kenya, a full ban on international athletics competition is the reality for Russia. WADA has removed their endorsement of the Moscow lab that was identified as being the primary culprit for sample tampering. From top to bottom, the process of preventing doping in Russian athletics will receive oversight from WADA personnel. Additionally, an IAAF team will begin work next year to see if Russia can be readmitted to the international community of athletics. At least two of the five athletes facing lifetime bans are planning to appeal.

The IAAF has also faced some criticism for its investigation. The question has been raised of how much geopolitical issues may play in major sporting federations like the IAAF and FIFA, which has been going through its own highly-publicized scandal. Former IAAF officials have also been implicated in the WADA report though details have yet to be released due to the nature of the legal proceedings.

The world of international athletics is facing a full-blown crisis rivaling that of FIFA’s. The disturbing trend of suspicious tests from Russian and Kenyan athletes appears to be just the tip of the iceberg. Most alarming is the evidence of state-sponsorship of doping in the case of Russia. While Russia is working to become compliant with standards set by WADA and the IAAF in time for the 2016 summer Olympics, it is entirely possible that one of the foremost powers in global athletics may not send a team to Rio. Meanwhile, the IAAF has its own problems that it must sort through in order to secure the integrity of a sport that has been much maligned in the past year. There has always been suspicion of drugs and cheating in athletics, but the WADA report and ARD documentaries put hard evidence in the spotlight.

CNN: Russia Could be Banned from 2016 Olympics after Doping Report

Hajo Seppelt/ARD: The Secrets of Doping: how Russia Makes its Winners

Hajo Seppelt/ARD: The Secrets of Doping: the Shadowy World of Athletics

RT: Russia’s IAAF Expulsion about Geopolitics and Prelude to War – Not Doping – Tony Gosling on RT

Samuel Whitesell
Samuel Whitesell is a graduate of the University of North Carolina at Chapel Hill having studied History and Peace, War, and Defense. His interests cover international policy, diplomacy, and politics, along with some entertainment/sports. He also writes fiction on the side. Contact Samuel at Staff@LawStreetMedia.com.
Share:
Related ItemsCheatingDopingDrug TestKenyaOlympicsPerformance-Enhancing DrugsRussia