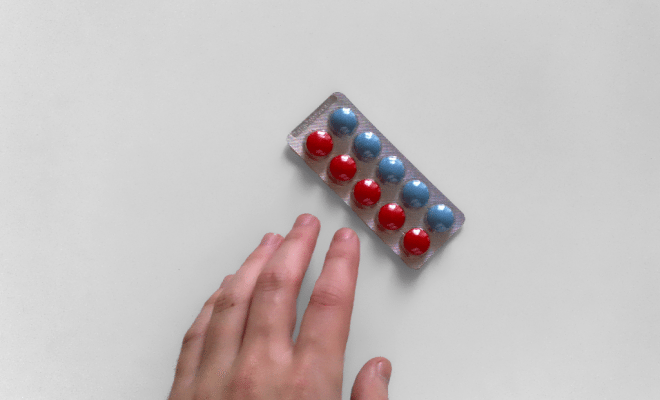 The Red Pill and the Men’s Rights Movement

A men’s rights movement has gained momentum within the last several years with the goals of reclaiming rights for men in society. One offshoot of the movement, the Red Pill, is accused of being inspired by a largely misogynistic attitude. This accusation is based on the attacks on women for using and abusing men, and essentially being the “evil” of the sexes. In addition to its major presence on social media, Men’s Rights activists have attempted to gain awareness through conferences and rallies. The Men’s Rights Movement, still controversial in nature, has legitimate goals in that it is working to gain equal rights by advocating for the equal treatment of boys and men in professional, educational, and legal situations. Some feel that this is a hidden effort to disguise prejudice against women, yet men continue to protest their desire to be “equal” citizens in a society where they believe that women currently have all the power. Read on for more information about the Men’s Rights movement and its Social Media counterpart, the Red Pill Movement.

What is the Red Pill Movement?

The Red Pill Movement is comprised of a group of men who hold a certain animosity toward women, believing them to be manipulative, unfaithful, and narcissistic. They band together primarily through social media and rant about their hatred of the opposite sex. Men who “take” the red pill are choosing to live a life free of emotional attachment to any a woman for fear that she will use him for his status, money, or emotional stability. The term red pill has its roots in the 1999 movie “The Matrix.” The red pill symbolizes the consumption of the truth, whereas taking the blue pill results in pure ignorance. Advocates for the Red Pill Movement believe that by taking the red pill, or consuming this eye-opening knowledge, they are becoming aware of women and their antics.

Reddit, a social media site where individuals can share information such as texts, photographs, and personal opinions, is the main platform of the Red Pill Movement. Here men rant about their misunderstanding of and hatred for the opposite sex. The theme of most threads is how women are cheating, lying, manipulative, and narcissistic. Members often communicate in a verbally violent and insulting manner toward females and share their negative experiences of being taken advantage of, used, and insulted by women.

While the Red Pill Movement is based on the belief that women are wicked in nature, the Men’s Rights Movement actually does have some concrete goals that members would like to accomplish. According to the Huffington Post, goals of  the pro-men’s rights group Canadian Association for Equality, are mainly to bring awareness about “shared custody of children, unhealthy perceptions of masculinity, declining rates of university enrollment, spousal abuse, and suicide.” Since the Men’s Rights Movement is fairly new, there hasn’t been any policy or legislation enacted yet. The main goal of the group is to draw attention to the issues that men face in a society that tend to focus more on gaining women’s rights and recognition.

The Men’s Rights Movement emphasizes how often they believe men to be wrongfully accused of rape. Members argue that society has created a stigma that victimizes women and paints a picture of men as violently sexual predators. Many posters and arguments of the movement highlight the idea that women are partially responsible for any sexual acts that occur, in that they consume alcohol and choose to have sex with a man who they then turn around and accuse of rape.

The movement argues that women often receive custody in divorce, and men are unfairly assigned the monetary responsibilities.

The Men’s Rights Movement accuses society of labeling domestic violence as one sided, in that men commit of all of the abuse. Advocates for men’s rights argue that women are just as responsible for violence in the home, yet it goes unrecognized because of the negative stigma attached to men.

According to the Centers for Disease Control and Prevention, “Suicide among males is four times higher than among females and represents 79 percent of all U.S. suicides.” The Men’s Rights Movement aims to prevent this alarming epidemic in men. By providing support and encouragement to young men, members believe that this could eliminate some of the suicides that occur in response to emotional and mental disturbances and abuse.

A Voice for Men

A Voice for Men is a website that compiles information on the Men’s Rights Movement. The organization’s argument revolves around the theory of gynocentrism, the belief that males have bent to the demands of women for centuries. In addition to the organization’s website, the group has a social media presence on Facebook and Twitter dedicated to the Men’s Rights Movement. https://www.youtube.com/watch?v=dxcXldIFsbQ

The Men’s rights movement is increasingly gaining popularity on the grounds that women are the more powerful sex. According to activists, men face the adverse effects of a certain stigma that society has ingrained into them throughout history. At the first International Men’s Rights Conference held in St. Clair Shores, Michigan, both men and women gathered to discuss the issue. Men’s rights activists believe that men face difficulty in society, which has forced them to live out life as “second-class-citizens,” and that men are continuously blamed for rape. According to conference attendee Barbara Kay,

Men also blamed their feelings toward women on their early childhood experiences. According to Stefan Molyneux, “If we could just get [women] to be nice to their babies for five years straight, that would be it for war, drug abuse, addiction, promiscuity, sexually transmitted diseases.” Molyneux continued to say that women are responsible for choosing the abuser-types, or in his word “a-holes.” “Women worship at the feet of the devil and wonder why the world is evil,” he adds later. “And then know what they say? ‘We’re victims!”

Watch a spoof video below satirizing how women react to men at bars. All jokes aside, this comedic video is indicative of many of the views expressed by members of the Red Pill Movement.

This movement is not just in the United States but many other countries, as well, particularly in the East. Where feminism empowers women, the Red Pill or Men’s Rights  movement cripples them. In a disturbing piece written by Kim Tong-hyung, a professor of medicine at Seoul National University in Korea, Lee Yoon-seong blames women for the rape epidemic. Yoon-seong says:

“If there is money on the street, somebody will pick it up. If there is a woman walking around with sexy clothing, there will be somebody who rapes her …”

A men’s rights rally was organized in Toronto, Canada on September 28, 2013. Participants claimed that men are just as likely to face domestic abuse, have a higher rate of suicide, die earlier, and drop out of school as women. They argued that men make up “90 percent” of the prison population and are less likely to get a job after graduation. Thirty people fought for the movement to gain acceptance and recognition. This was a controversial rally, in that some people felt that it was simply a blow to women and masking an underlying current of misogyny.

In May 2014 a 22-year-old Elliot Rodger went on a killing spree in Isla Vist, California that was fueled by his resentment of the women who rejected him and the men who received their affections instead. Rodger left behind a video in which he stated, “You girls have never been attracted to me. I don’t know why you girls aren’t attracted to me, but I will punish you all for it.”

Watch the chilling video of Elliot Rodger before his killing spree.

Rodger was reportedly driven to murder because of the rejection he felt from most women. He complains of being a “22-year-old virgin,” and blames his lack of sexual success on the opposite sex. Clearly, there are other mental health issues that contribute to his feelings of rage, yet his outlet is to target what he believed was the source of his depression and anger for a good portion of his life. Rodger was not the only one who had these hostile feelings toward women; Men’s Rights advocates band together to speak of their negative experiences with women and rant about how they have caused them to live a life of misery and deceit. Some of the arguments are extreme, unreasonably blaming an entire sex for the source of a man’s unhappiness in life.

Rape as a Tool

According to CNN, “rape has too often become the weapon of choice for frustrated young men who blame women, increasingly visible in the workplace, for their unemployment, and who hope to regain jobs by frightening women back home through sexual violence.” Men are being fueled by their anger toward women; they may feel threatened or humiliated by them and are using the most powerful tool that they have to attack in the most sexually aggressive and destructive way possible. Between 2006 and 2011, rape cases in India rose by twenty-five percent. Even more disturbing, only one quarter of the rapists were convicted. Rape is an increasing normality in India and indicative of the lack of support that women receive in the predominantly patriarchal society. Similarly, according to the Rape Abuse and Incest National Network, in the United States, 97 percent of violent rapists will not be convicted and 54 percent of cases are not even reported.

The International Campaign to Stop Rape and Gender Violence

The International Campaign to Stop Rape and Gender Violence works to alleviate some of the gender violence conducted against women internationally, specifically in times of war and conflict. Its main goals are to increase services offered to individuals who have been victims of violence and rape, gain justice for victims, and ultimately stop the aggression toward women.

In response to a society that seems to breed rape culture, the Twitter movement #YesAllWomen has emerged on Twitter. According to Time, the #YesAllWomen hashtag was created “to criticize the way society teaches men to feel entitled to women at the expense of their health, safety and, in [the Santa Barbara shooter] Rodger’s case, lives.” The online campaign was created to empower women, and expand on the belief that women are worth more than their physical appearance. It also brings awareness to how women are constantly placed in sexually offensive and uncomfortable situations. A recent post links to a list of (in)appropriate responses to cat-callers on the street. Tweets such as this one:

Because tweets like this should not exist #YesAllWomen pic.twitter.com/Ng84ItSXjD — Izabella (@izabellaanna_) July 14, 2014

Organizations such as People Against Rape Culture, are fighting back by attempting to educate, collaborate, and advocate so that people will become more aware of rape culture. There are also organizations that include man’s involvement. Men Can Stop Rape has compiled a list of Men’s Anti-Violence Organizations. The group has also used collaborative methods, such as the Strength Campaign, to educate boys in middle schools, high schools, and universities and assist them in working on relationships with peers, teachers, family members, and members of their community.

Everyone is entitled to a personal opinion, therefore whether or not the Men’s Rights Movement results in any legislation is irrelevant to its existence as a legitimate movement. This holds true for the Red Pill Movement, as well; however, that it is breeding an extreme sense of animosity toward an entire gender. Governments must continue to educate and prosecute those people who violently and sexually violate women, no matter where the source of that anger comes from.

Washington Post: Men’s Rights Activists, Gathering to Discuss All the Ways Society Has Done Them Wrong

TIME: The Most Powerful #YesAllWomen Tweets

RAINN: 97 of Every 100 Rapists Receive no Punishment, RAINN Analysis Shows

TIME: What I Learned as a Woman at a Men’s-Rights Conference