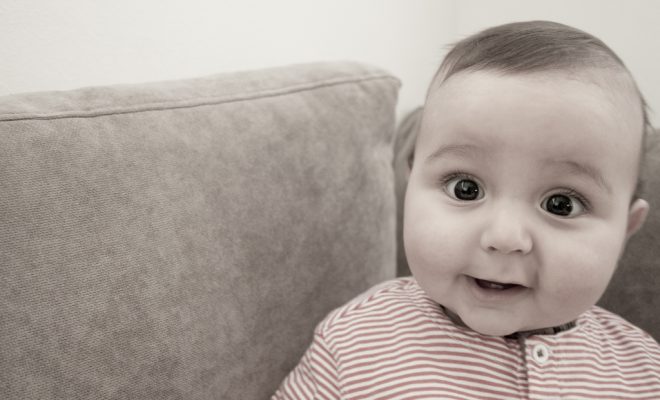 Thinking Inside the Box: How Finland Makes Parents and Babies Happy and Healthy

Washington, D.C. has the highest infant mortality risk of all the world’s high-income capitals–7.9 deaths for every 1,000 births. But the infant mortality rate in Finland is much lower, and one of the reasons for this is the simple but effective Finnish baby box. All new parents in Finland are eligible to receive a box from the government to help them through the early stages of their child’s birth. Inside the box, there are essential items for raising an infant such as clothes and, because it is Finland, a snowsuit. The box itself doubles as a crib, reducing the risk of accidental death during sleep.

Countries all over the world are now emulating Finland’s baby box idea, which has been around for decades. One such imitation, the “Barakat Bundle,” hopes to encourage women to make prenatal visits while providing them with the essentials to raise a healthy infant, thereby reducing both maternal deaths and infant mortality. The Barakat Bundle, although inspired by the Finnish baby box, is geared more to the needs of mothers and infants in Southeast Asia. For example, it includes medical supplies, such as a clean delivery kit for children born at home.

Today this practice is so culturally engrained in Finland that it continues largely without comment. Parents there overwhelmingly opt in favor of the baby-box, even well-off parents, and it has become a shared part of the Finnish identity. But when this idea is discussed in the United States it seems controversial; the ultimate symbol of the dreaded “nanny state.” Is the baby box an adorably autocratic threat to personal liberty?

The first step to answering that question is to look at how the baby box actually works. This tradition dates back to 1938 when Finland was much poorer than it is now and had an infant mortality rate of 65 out of 1,000 births. The rate now is 2.52 out of every 1,000 births, an improvement that is certainly not entirely due to the baby box. But the rate is half that of infant mortality in the United States, so the baby box may be a significant factor. From the start of the program until 1949, the box was only available to low-income families. But starting in 1949 the box became available to everyone. This may help account for the program’s success, much like the way the inclusion of everyone in Social Security–not as a hand-out but as something you pay into and therefore “deserve” to benefit from–helped to sell the idea to the American people.

There have been other changes over the years as well, some of which are designed to encourage certain parenting behaviors. For example, formula and bottles are deliberately not included any longer, which promotes breastfeeding. Boxes also contain cloth diapers, rather than disposable ones, for environmental reasons. There are also condoms in the box, which would probably disconcert a more conservative American audience. The clothes in the box are gender neutral, designs change yearly, and as you would expect, are extremely adorable. And practical. So much so that 95 percent of Finnish mothers choose the box–including mothers who already have children–even though you can opt for a cash payout instead. In fact, those who don’t live in Finland can purchase a version of the box from several companies, such as Finnish Baby Box. You can watch parents opening the box on YouTube if you are curious about the contents.

This brief video does a good job of summarizing some of the key elements to the baby box.

There’s also a requirement that women have to have at least one prenatal visit, before they are four months pregnant, to be eligible to receive one. The Barakat Bundle requires a pre-natal visit as well, which they anticipate will reduce maternal deaths.

The simple genius of the baby box is not just that the contents of the box are useful tools for parents, but the box itself. In fact, this simple cardboard box may be the main reason why the program has reduced infant mortality. The box comes with a mattress and is specifically designed to provide the optimum sleeping environment for an infant to avoid SIDS or cot death. The U.K. has taken heed and is launching a pilot program to give out baby boxes to mothers in hopes of reducing its relatively high infant mortality rate. A similar program is happening in Texas, sponsored by a local Rotary Club, which will give out 100 boxes to new mothers.

This video explains some of the benefits of the baby box to help babies sleep safely.

And this one shows how some of the new mothers and babies react to the baby box.

Who knew that the safest place to put a baby was in a cardboard box?

In the videos and examples above, hospitals and altruistic private organizations take it upon themselves to invest in these boxes and distribute them to new mothers. Why doesn’t the state government step in to do this too, if baby boxes are so effective?

Finns don’t quite see it this way but many Americans view the baby box, and other similar handouts, as antithetical to the values of freedom. It does seem a bit odd, if you think about it, that all the babies born in the same year receive the same outfits. And that parents are steered toward certain behaviors, such as breastfeeding, by a “benevolent” government entity when they might want to make other choices. Americans have a deep-seated wariness of large government, as well as a love for it, that pushes them away from embracing these kinds of policies. Finland gives away 40,000 of these boxes every year…but that’s just in a country the size of Finland. The level of bureaucracy that it would take to accomplish the same task of giving every mother a baby box in the United States would be staggering, and to many, terrifying. And to be perfectly blunt about it, expensive.

Americans have an alternative approach, which is the tradition of the baby shower. Rather than have the state or federal government welcome your baby into the world with a box of essentials, American parents often received personalized and eclectic gifts from friends and loved ones. This seems more in keeping with our love of diversity and our individual uniqueness. Baby showers are in fact a great way to ensure that you have the tools you need to survive the first months of parenthood.

It is the families who do not get the shower experience, however, that should be the concern. If you don’t need a baby box because you have a network of family support and the financial means to collect those items yourself, the baby box idea is still helpful but it provides more of a convenience and a sense of community rather than a financial benefit. Even the wealthy Finnish mothers typically choose the baby box in part because it isn’t about the box. It is what the box represents, that you and your new child are part of a community that cares about you and investing in your child’s future. Getting the box is part of being Finnish. For a family who needs the baby box, it is also about being part of a community that cares about you, but also also about the very practical reality that unless you get the box your baby will not have access to many of the items inside it.

The baby box, therefore, shows the fault-lines in our political thought. Giving away a baby box to every family, ensuring that all children start out with as equal a chance as we can give them, speaks powerfully to our egalitarian values. After all, one of the things Americans are most proud of about our society is our belief that the United States is the most egalitarian society on earth. Everyone has a chance to succeed. Our greatest political turmoil often results from the perception that we are losing that egalitarian character in our society.

It’s the giving away portion that gives us pause. Americans are wary of government overreach. We like our charity to be a private affair, run by altruistic individuals and faith communities, not the government. And our individualism resists anything that seems like a state uniform–no matter how adorable.

Support for the baby box, therefore, turns on whether you see it as a giveaway from the nanny state to parents who should be taking responsibility themselves or whether you characterize it as an investment by society into these newborns. It all comes down to responsibility and who should have it. In Finland, they have answered that question. Finns feel that society as a whole ultimately shares responsibility for, and therefore investment in, its children. In the United States, our paradoxical character makes the answer more mixed.

The baby shower doesn’t do anything to help the family that needs the baby box. If you had the kind of family support that baby showers represent you wouldn’t need the box. Placing the responsibility to provide these kinds of tools solely on the baby shower emphasizes for new parents who don’t have the same blessings that they are on their own. Sharing that responsibility across society with the baby box does the opposite. It provides tangible benefits but it also sends a clear message that this baby is part of our community. Part of our future. And that we all, together, share in the investment into that future. The parents are the MVPs, but everyone is on the team.

The Washington Post: Why Babies Should Sleep in Cardboard Boxes

Today: Thinking Outside The Box: Finnish Baby Kits Could Save Infant Lives

Goodreads: The Nordic Theory of Everything

Goodreads: The Politicians And The Egalitarians

Mary Kate Leahy
Mary Kate Leahy (@marykate_leahy) has a J.D. from William and Mary and a Bachelor’s in Political Science from Manhattanville College. She is also a proud graduate of Woodlands Academy of the Sacred Heart. She enjoys spending her time with her kuvasz, Finn, and tackling a never-ending list of projects. Contact Mary Kate at staff@LawStreetMedia.com
Share:
Related ItemsBaby BoxBaby ShowerChildrenFinlandInfant Mortality