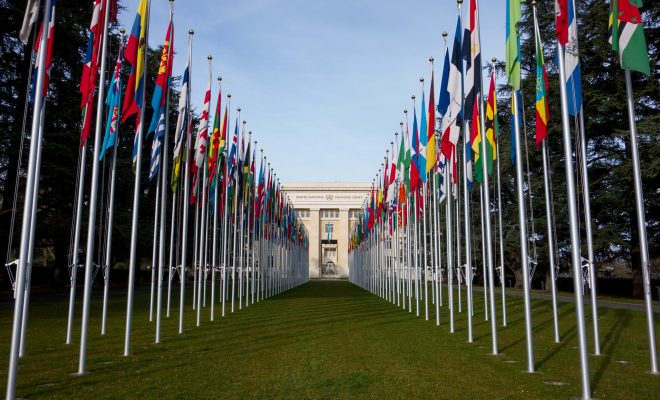 The Associated Press has reviewed 12 years of United Nations aid missions and found that peacekeepers have repeatedly sexually abused children, in some cases as young as 12 years old. While allegations to this effect have been known for a while, new reports show the issue is significantly more prevalent than previously believed. AP found almost 2,000 cases of alleged sexual abuse by peacekeepers and other UN personnel around the world. And even though more than 300 cases involve children, it’s difficult to prosecute these crimes.

Legally, the UN can’t do anything, as it doesn’t have jurisdiction over individual peacekeepers. It’s up to each country to punish its own troops, and it seems no one has an interest in doing that. AP reached out to 23 countries whose nationals are accused of sexual abuse, and few answered. The names of the accused were also classified, making it impossible to find out whether there was any punishment. A review of UN reports also showed a number of inconsistencies.

In Haiti, 134 peacekeepers from Sri Lanka sexually abused at least nine children between 2004 and 2007 in exchange for food, juice, or small amounts of money. Some of them were forced to have sex with the men several times a day for years. Eventually, 114 of the peacekeepers were sent home, but not one of them was arrested. UN workers are protected by diplomatic immunity and besides, their home countries often don’t want to make their bad behavior public.

Antonio Guterres, who took over as UN Secretary General in January, announced in March the organization’s new guidelines for dealing with sexual abuse. “Certainly no person serving with the United Nations in any capacity should be associated with such vile and vicious crimes,” he said. He noted that gender equality is fundamental to tackling sexual crimes and said that promoting equality for all UN workers can help fight abuse of women. But for many, these promises are just hollow words. Similar efforts have been rolled out before to no avail.

As it’s difficult to punish the men guilty of these crimes, many have wondered whether the UN is doing more harm than good. When Nepalese aid workers brought cholera to Haiti, around 10,000 people died. Haitian lawyer Mario Joseph tried to get compensation for the victims from the UN and is now trying to get child support for the women that were left pregnant by UN workers and are living in poverty. “Imagine if the U.N. was going to the United States and raping children and bringing cholera. Human rights aren’t just for rich white people,” he said.

.@AP Despite this the UN is unable to punish those peacekeepers – it must leave that to “the countries that contribute the troops”. Unbelievable

A Haitian woman said she was 16 when she was raped at gunpoint by a Brazilian peacekeeper three years ago. In 2011, four Uruguayan peacekeepers filmed their gang rape of a teenager–the only response Uruguayan officials gave at the time was that it was a prank and not rape. In 2012, three Pakistani peacekeepers raped a mentally disabled 13-year-old boy and later abducted him to prevent him from talking to UN investigators. The list of victims goes on and on.

As long as there is no accountability for the member states of the United Nations and no international consensus on how to deal with these issues, it’s tough to imagine a solution. But Guterres is correct in pointing out that education about gender equality is vital. Many of the alleged abusers came from countries that are notorious for gender inequality. The most recent abusers came from Bangladesh, Brazil, Jordan, Nigeria, Pakistan, Uruguay, and Sri Lanka, according to UN data.

Emma Von Zeipel
Emma Von Zeipel is a staff writer at Law Street Media. She is originally from one of the islands of Stockholm, Sweden. After working for Democratic Voice of Burma in Thailand, she ended up in New York City. She has a BA in journalism from Stockholm University and is passionate about human rights, good books, horses, and European chocolate. Contact Emma at EVonZeipel@LawStreetMedia.com.
Share:
Related ItemsChildrenHaitiHuman Rights ViolationsPeacekeepersRapesexual abuseUNUnited Nations